What will the Year of the Rabbit bring for China’s economy?

China’s economic prospects in 2023 look promising according to Anthony Chan, former Chief Economist at JPMorgan Chase & Co., as the country reopens to the world. “Assuming the number of COVID infections during the new year is manageable,” 4.4% growth as the IMF projects for the Chinese economy this year is realistic, Chan says.

The government’s official growth target has yet to be announced, but is likely to be revealed at the annual session of the National People’s Congress in March.

IMF Managing Director Kristalina Georgieva has said that China has fiscal room to strengthen its economy and counter downward pressure. According to a report published in December by global research company Rhodium Group, the biggest companies have invested billions of dollars in Chinese assets and are choosing to stay put.

A research note released in December by UBS strategists Christopher Swann and Vincent Heaney pointed to a sharp rise in Chinese equities following Beijing’s signals on reopening that began in November.

The outlook for the Chinese economy in 2023 varies among investment institutions. For instance, one of the largest banking and financial services organizations in the world, HSBC, forecasts that China’s GDP will reach 5% in 2023, while the Swiss financial services company UBS expects China’s GDP will grow by 4.9 percent by year’s end.Many domestic research institutions and experts have more upbeat estimates.The Chinese Academy of Sciences forecasts that China’s economic growth in 2023 will rise about 6%.

Local Chinese governments released their 2023 economic targets in mid-January. While more than half of the provinces and municipalities set growth targets exceeding 5.5 percent, Hainan Province in south China set a target growth rate of roughly 9.5 percent.

According to IMF predictions, China will account for 30% of total global growth this year. The IMF forecasts the global economy to grow 2.7% in 2023.

China’s projected contribution is more than three times greater than that coming from the United States. Even though America’s economy is still the largest in the world, the IMF predicts that it will grow by just 1%, while it sees the Euro area expanding at just half that rate. The biggest bright spot, India, is not big enough to make much of a difference. The South Asian country contributes about 3% of global GDP. Even if it grows by the predicted 6.1%, it will only contribute 7.7% to world growth. 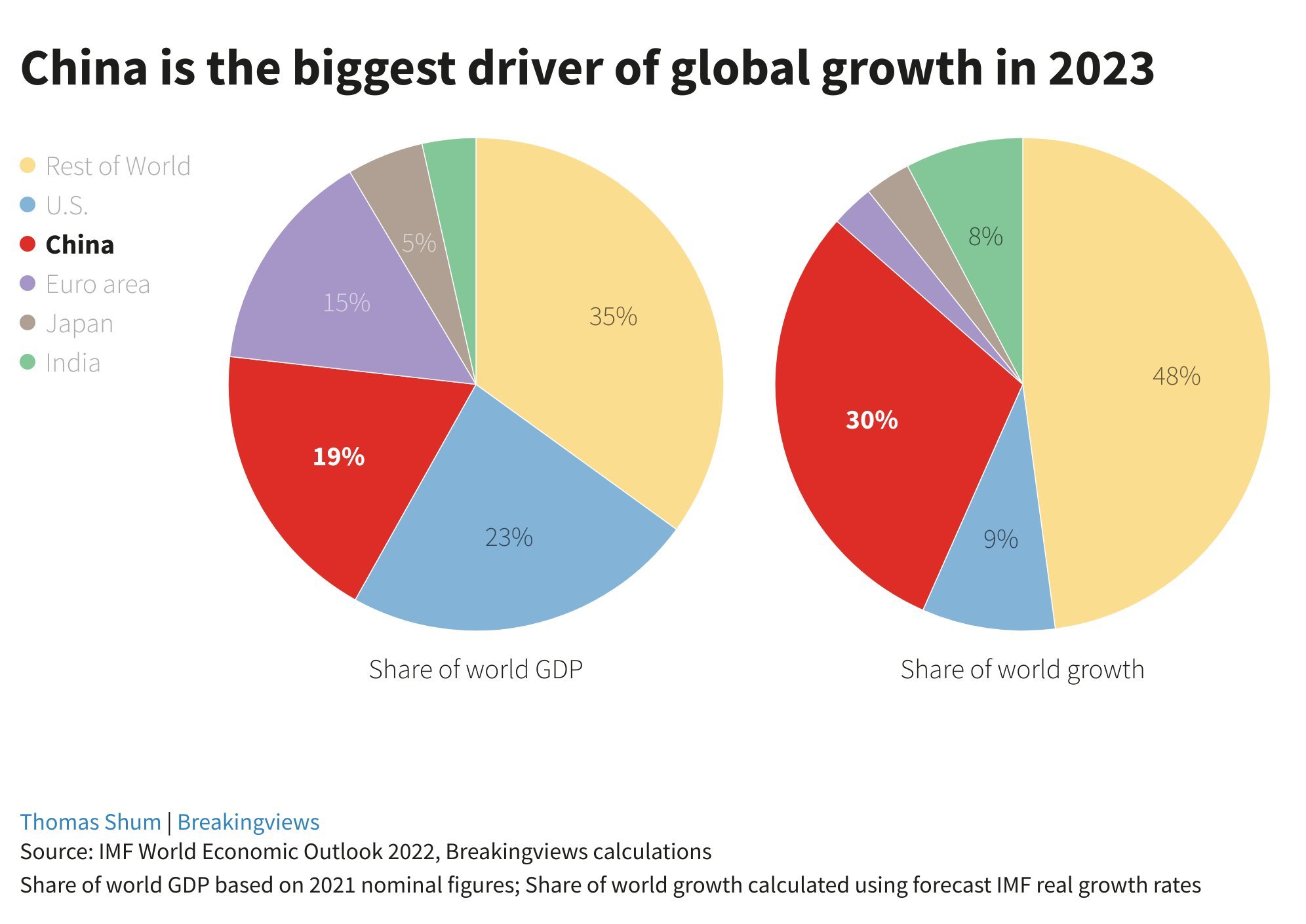 The stability of China’s economy gives investors abroad confidence. Foreign investors have high expectations for their market success in China, and many of them plan to grow their companies in 2023.

For more, check out our exclusive content on CGTN Now and subscribe to our weekly newsletter, The China Report.

Harte-Hanks (HHS) Outpaces Stock Market Gains: What You Should Know

California’s economy is in danger. It can go one of two ways