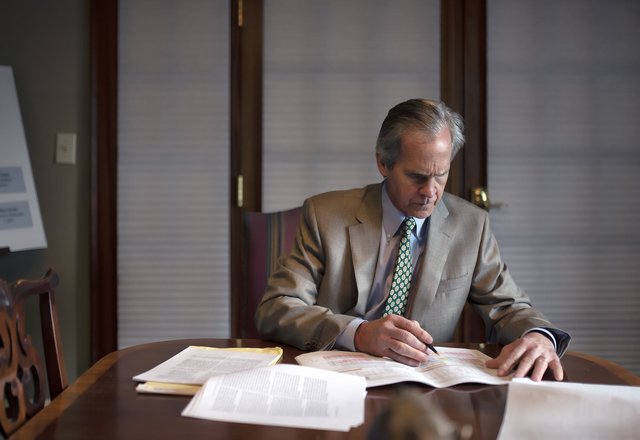 Amid the noise, economists urge Americans holding 401(k)s not to panic, that the stock market has a history of steep corrections and rebounds.

Not reacting, however, “is so counterintuitive,” Willis said, comparing the behavior to being in a car with self-driving technology. “Surely I need to touch the steering wheel and do something.”

“Volatility is perfectly normal,” he said. “What is abnormal … is any sort of constant up trajectory.”

The everyday problem for consumers is more related to Walmart than Wall Street — in the stuff people are buying off the shelves.

A number of factors affect inflation, from more discretionary spending to lesser supply of goods. One example is Americans being flush with cash in the wake of federal stimulus packages after the economic crash caused by the COVID-19 outbreak.

“The global economic recovery is driving up demand for goods and services that weren’t readily available for close to a year. Inventories have been depleted as consumers demand more food, household items and fuel,” according to Nasdaq, a global electronic marketplace for buying and trading securities.

Conventional wisdom is that rising interest rates mean consumers will have less money to spend, slowing the economy but also inflation.

But Willis isn’t expecting much short-term impact on development and growth that’s surging in Hall County.

At incremental interest hikes of 0.25% through the next 18 months, “the borrowing costs that are the fuel for development are still very, very low and very attractive, and will still be low and attractive a year from now,” he said.

Also, “there’s no shortage of capital for developers to be able to get to for whatever project they want to build,” he added.

However, too much a dip in the economy could lead to recession.

That’s a concern for John Scott, economics professor at the University of North Georgia.

“I have to agree with the people who have put their money where their mouth is — the investors. I think they foresee that it is quite possible and perhaps likely, and so, I tend to trust them,” he said.

Jeff Humphreys, who heads the University of Georgia’s Selig Center for Economic Growth, is upbeat about the economy. He expects better-than-average growth in jobs and gross domestic product in the coming year.

“The risk of recession is low,” he said.

Also encouraging is wages are going up.

“That’s a good thing, because those free checks the government was handing out are over,” Humphreys said. “You’ll have to earn money the old-fashioned way, not through the mailbox.”

The Associated Press contributed to this report.

‘The Year of Babydog’: Justice Touts Economy, Tourism In State Of State

Solana (SOL), Cardano (ADA), And The Hideaways (HDWY) Are The…

Tech layoffs may not be a bad omen for U.S. economy at large

How Can a Blockchain Work without Gas Fees?