in Forex News
Reading Time: 10 mins read
A A 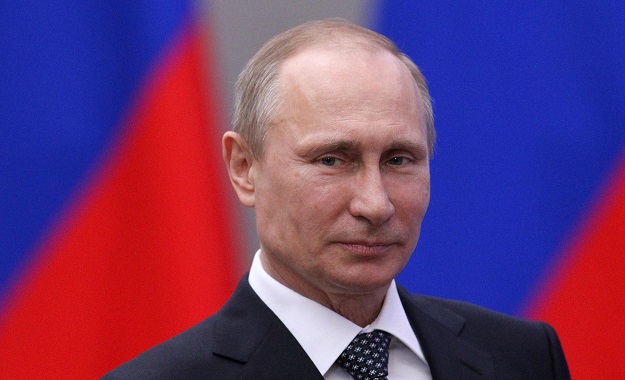 It’s been an incredible couple of weeks in the markets, one in which we’ve seen another hawkish move from multiple central banks, big swings in stocks on the back of earnings, and tensions around Ukraine intensify. The result has been very volatile markets and while the coming week looks a little lighter on event risk, there’s little reason to expect that the markets will suddenly settle down.

Just because central banks including the Fed, ECB, and BoE have already laid the groundwork for a more aggressive tightening this year, many questions remain unanswered and huge uncertainty around the inflation outlook remains. Traders will be paying very close attention to incoming data and comments from policymakers to better understand whether markets are positioned too aggressively, or still not enough.

Russia has obviously been in the headlines for many weeks now as troops have built up on the Ukrainian border and the West has made accusations of a possible impending invasion. While this will remain at the forefront of investors’ minds next week, the central bank will also be meeting later in the week and is expected to raise interest rates again as inflation continues to rise even after a year of tightening.

Traders were stunned after the January nonfarm payroll report showed hiring accelerated.  Employers added 467,000 jobs last month, almost doubling the highest economist estimate. The December reading was also massively revised higher, which means the Omicron wave did not deliver a temporary disruption to the labor market recovery.  Average hourly earnings continued to surge and that will feed into the inflation theme and drive expectations that the Fed will become even more hawkish.

The upcoming inflation data is all that matters and could lead to markets fully pricing in a half-point rate hike for the Fed at the March policy meeting.  The January inflation report is expected to be red hot as the omicron wave intensified supply constraints and consumer demand remained strong. Wall Street expects the January inflation rate to rise between 7.0% and 7.6% from a year earlier.

Fed speak will include speeches from Michelle Bowman and Loretta Mester on Wednesday. Fed’s Bowman has not had any comments on monetary policy since October, so investors will pay close attention to see if she still resides with the hawks. Fed’s Mester has already supported a March liftoff and also a shrinking of the balance sheet as fast as possible without roiling markets.

After this week’s handbrake turn from the ECB, focus next week will be on commentary coming from policymakers in regards to how soon we can expect an end of net asset purchases and, more importantly, what that means for interest rates this year. Markets are pricing in around 40-50 basis points of hikes this year after Christine Lagarde’s appearance following the meeting and there’s plenty of room for more if other central banks are anything to go by. German inflation on Friday will also be closely monitored.

We have to wait until the end of the week for the bulk of the data from the UK, with GDP for Q4 headlining the releases. But this will come second next week to appearances from BoE policymakers, with Huw Pill speaking on Wednesday and Governor Andrew Bailey on Thursday. The Bank is clearly split on the pace of tightening if the vote this week (5-4) is anything to go by. Although their views appear more aligned than the MPCs is with the markets, which are pricing in four more hikes this year, despite Bailey’s comments in the press conference after the decision.

Boris Johnson is hanging on by a thread as key aides continue to abandon him and more backbenchers push for a vote of no confidence. The police investigation could be the final nail in the coffin for the Prime Minister.

Inflation is expected to have risen to 8.8% in January, up from 8.4% in December, and more than double its 4% target. This has happened even as the CBR has raised rates aggressively over the last year from 4.25% last February to 8.5% in December. And they’re expected to keep going on Friday, raising the key rate by another 100 basis points to 9.5%. Unemployment will also be released on Wednesday.

Tensions with the West remain high and the risk of invasion and sanctions are heightened. Escalations have taken their toll on the ruble, with higher oil prices perhaps easing the pain recently. With the West warning of Russian plans to stage a fake attack on Russian territory or Russian-speaking people in Eastern Ukraine in order to justify an invasion, it seems the situation could boil over at any minute.

A couple of notable data points next week including mining and manufacturing production on Thursday.

Inflation hit 48.7% in January, as reported by the Turkish Statistical Institute this week, which has been accused of falsifying the data to appease President Erdogan, with some claiming real inflation is much higher. Erdogan sacked the head of the institute days before the release, which has only further fueled claims that the data is unreliable. This begs the question if 48.7% is the falsified number, how high is the actual rate?

New Treasury and Finance Minister Nureddin Nebati claimed this week that he doesn’t think inflation will hit 50% this year and will peak in April, adding he hopes he’s not wrong. When below 50% is the best possible, and potentially unreliable, scenario, you know there’s a problem. He also reiterated that there is no turning back from this policy.

Chinese banks are expected to record an upswing in credit lending, after the People’s Bank of China cut its one-year loan prime rate twice in January, to 3.7%. The lending spurt should help reinvigorate the economy, which has slowed down to China’s zero-Covid policy.

Despite the Covid pandemic and the real estate crisis, the future looks bright for the economy. Eurostat reported last week that China’s GDP surpassed the entire EU for the first time in 2021.

The Reserve Bank of India holds a rate meeting on Wednesday. The RBI is expected to maintain the key lending rate at 4.0%, while potentially raising the reverse repo rate.

Australia releases NAB Business Confidence for January on Monday. In December, the index slid 24 points to -12, as the Omicron wave took a toll on business sentiment.

On Tuesday, Westpac Consumer Confidence for February will be released. The index has posted back-to-back declines, indicating pessimism among consumers.

The Melbourne Institute Consumer Inflation Expectations for February will be published on Thursday. The index slowed to 4.4% in January, down from 4.8% prior. Still, this is well above the RBA target band of 2%-3%. The release will be closely watched as inflation expectations can manifest into real inflation.

New Zealand 2-yr Inflation Expectations for Q1 will be released on Tuesday. Inflation continues to rise in New Zealand, and the index rose to 2.96% q/q in 2021 Q4, up from 2.3% previously. A higher reading in Q1 would support expectations of a rate hike when the RBNZ meets on February 23rd.

The manufacturing sector continues to expand but has been hampered by disruptions to supply and production chains. BusinessNZ Manufacturing PMI will be released on Thursday.

Japan is seeing an upswing in inflationary pressures, although to a lesser extent than in the US and UK. The rise in food and gas prices has dampened consumer spending, a key driver of the economy. In November, Household Spending came in at -1.3%. The consensus for the December release, which will be released on Monday, stands at a flat 0.0%.

The Bank of Thailand holds a policy meeting on Wednesday. The central bank highlighted Omicron as a major risk when it held rates at the December meeting and is expected to maintain rates at 0.50%.

Poland rate decision: Expected to raise Base Rate by 50bps to 2.75%

EU foreign and health ministers meet in Lyon, France with an aim of developing the bloc’s health policy

Sweden scraps its Covid restrictions, citing a higher vaccination rate and a manageable situation in hospitals

National Bank of Poland releases minutes of the rate decision

US University of Michigan consumer sentiment

Stocks Jump After U.S. Economy Adds Back 467,000 Jobs In January

Stocks Jump After U.S. Economy Adds Back 467,000 Jobs In January

Buckeye Stock Market Report: Ohio State suffers total collapse against rivals, with everything on the line

Is Genesis Filing For Bankruptcy?

How much does NASA return to the American economy?