US economy: Here’s what makes a jobs report ‘shocking’ 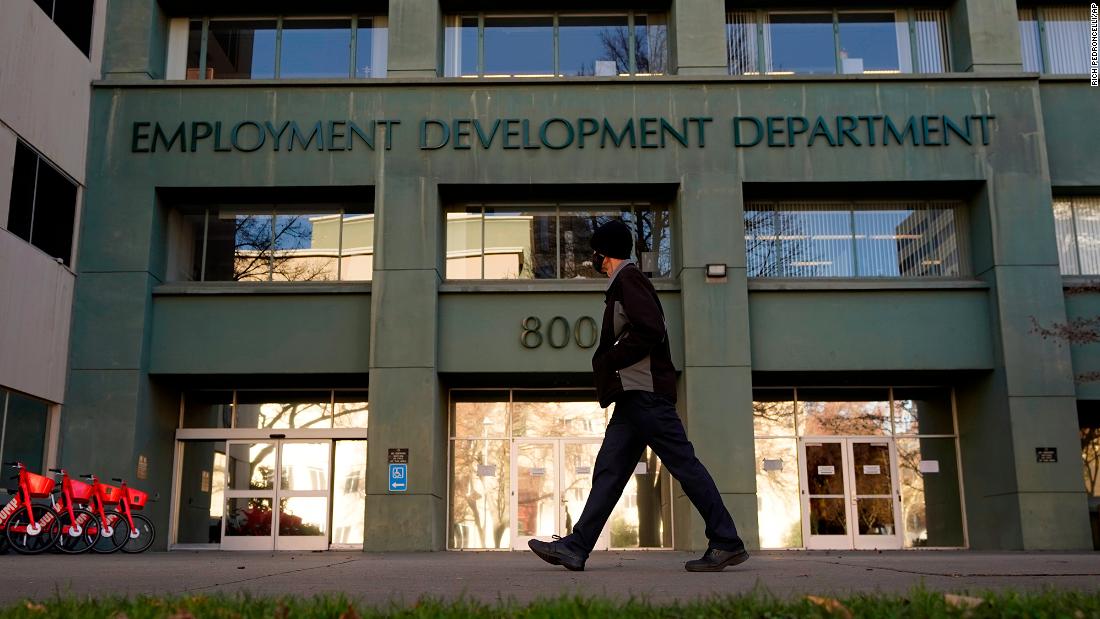 It’s the latest unexpected plot twist in the Covid-19 economy and proved yet again that no one really knows what’s going to happen next.

When it appears things will zig, they zag.

Jared Bernstein, who sits on the White House Council of Economic Advisers, had said the number of jobs added in January would be “unusually low” due to the impact of the Omicron variant of the coronavirus.

Instead, jaws hit the floor when the Bureau of Labor Statistics released its report Friday and it showed job growth — strong job growth!

Despite Omicron tearing through the country, restaurants and bars added more than 100,000 jobs.

Revisions aplenty. There’s more to the story than just what happened in January. Reports for December and November were revised to include more than 700,000 jobs over two months.

That’s a delayed surprise, since initial numbers had been disappointing.

Forecasting has always been tricky, even before Covid. But it’s become even more complicated by the pandemic, as the nation swung from historic job losses to a rapid economic recovery with soaring demand for labor. The models economists relied on are having trouble capturing the unprecedented situation we’re in.

Where does the jobs data come from? The jobs report is based on two surveys — one of businesses with payrolls and one of households about their economic situations — that are conducted by the government midmonth and released by the Bureau of Labor Statistics in tandem on the first Friday of each month.

Where do expectations come from? Leading up to the monthly release, economists and banks publish their own expectations for what the surveys will find. If the government data doesn’t hit those expectations, disappointment follows. If the data outperforms, it’s a surprise.

How to read jobs reports. I’ve talked about previous reports with Elise Gould, a senior economist at the Economic Policy Institute, including what we do and do not learn from these reports.

She said they need to be viewed as pieces of information, not the full picture, in part because the surveys can overstate things and miss the changing composition of the workforce.

Still, it’s best to know the latest information, even if we know it’s likely to change, she said.

Also, the pandemic. There is also the pandemic element to confound economic expectations, just like it has confounded people’s lives.

“Everyone in this economy today and the people that are making these predictions have never lived through a pandemic that hit the labor market so strong,” said Gould. “And so their models are not necessarily capturing the ebbs and flows of the pandemic.”

Ebbs and flows. Revisions to jobs reports aren’t always good news. Over the summer, in June and July, the change was more than 800,000 positions lower than previously reported.

That’s an important note. Expectations have ultimately been shown to be not too far off the mark after revisions in recent months. It’s always possible future revisions could correct this surprise.

Why do these reports matter? Companies, Wall Street and the Federal Reserve will all use this data to inform their decisions, make their bets and steer the economy. Those decisions can affect everyone.

Cue the interest rate hikes. Markets, which care more about interest rates than an individual’s employment, were mixed on the news.

CNN’s Paul R. La Monica writes that the Fed will read the strong report as a green light to raise interest rates as part of its effort to cool inflation.

“The Fed has been handed a late Christmas gift. This is a free ride for them to raise rates,” Johan Grahn, vice president and head of ETFs at AllianzIM, told La Monica.

Impact on your wallet. These reports probably seem abstract, but they do matter to policymakers, which means they will affect everybody.

Morrow has a different story, which I particularly liked, that explains how the jobs report could affect your wallet. It’s a chain-reaction scenario that stems from those likely interest rate hikes.

Here are some excerpts from her report:

1. Debt will soon be harder to pay off

If there were any doubts lingering about whether the Federal Reserve feels confident about raising interest rates, the January jobs report just vanquished them.

Soaring prices and shortages have been a headache for just about everyone for the past year, but when the Fed raises rates, it’s effectively curbing consumer demand, which should stop prices from surging out of control. (Yay!)

What the January report tells us, among other things, is that the economy didn’t so much as shrug at the Omicron variant. Part of the reason the report surprised economists is because many had overestimated the impact the highly contagious variant would have on the job market.

The market turmoil we’ve seen over the past month could continue, especially if the strong economy prompts the Fed to raise rates more aggressively. Higher interest rates make it harder for companies to borrow money and undercut profits, which Wall Street hates.

One irony of job growth. President Joe Biden’s approval rating has sunk in part because Americans are nervous about the economy.

But according to CNN’s Chris Isidore, Biden has overseen more first-year job growth than any president in history.

Job growth isn’t everything for a president. The next closest job-creating President was Jimmy Carter, who served one term and saw 3.9 million jobs added during his first 12 months in office. (Carter’s number was slightly stronger on a percentage basis).

4 Stocks That Moved the Market in January