in Economy News
Reading Time: 9 mins read
A A 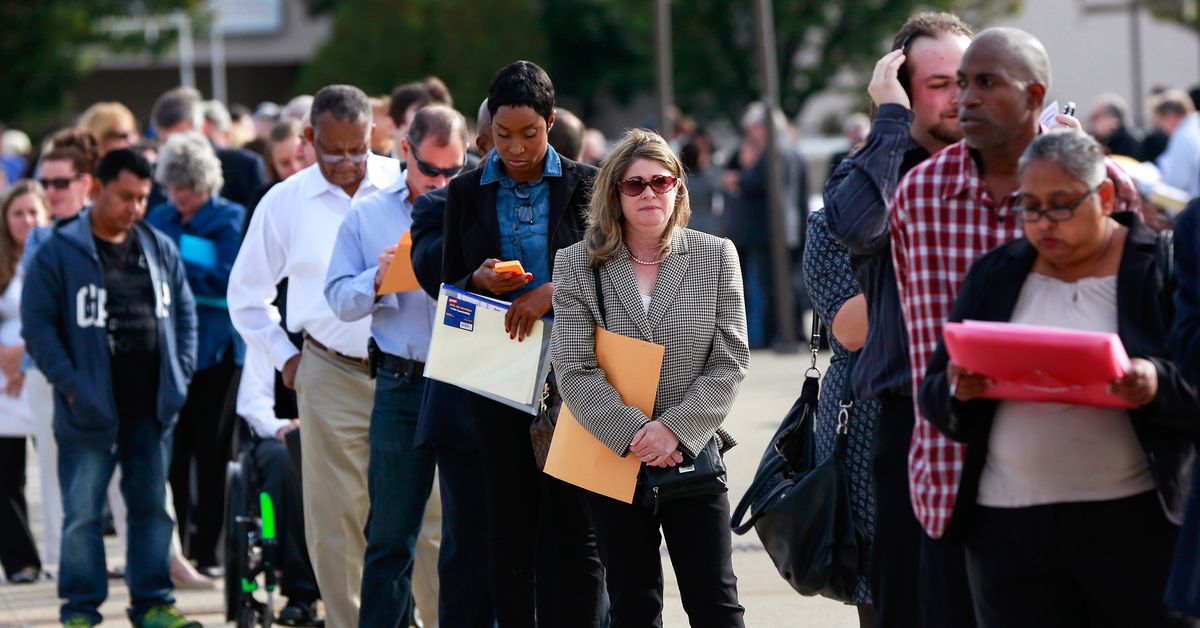 WASHINGTON, Feb 4 (Reuters) – The U.S. economy created far more jobs than expected in January despite the disruption to consumer-facing businesses from a surge in COVID-19 cases, pointing to underlying strength that should sustain the expansion as the Federal Reserve starts to raise interest rates.

The upbeat report ended days of anxiety among economists and White House officials who had frantically tried to prepare the nation for a disappointing payrolls number.

“This is a strong jobs report,” said Chris Low, chief economist at FHN Financial in New York. “The odds of quelling inflation without a recession look better today than yesterday.”

Nonfarm payrolls increased by 467,000 jobs last month, the survey of establishments showed. Economists polled by Reuters had forecast 150,000 jobs would be added in January. Estimates ranged from a decrease of 400,000 to a gain of 385,000 jobs.

Employment is 2.9 million jobs below its pre-pandemic peak.

Part of the broad increase in payrolls likely reflected low layoffs after the holiday hiring season because of worker shortages. Though the drop in actual employment in January was in line with prior years, there were large differences at the industry level.

The government also reported that 374,000 more jobs were created in the 12 months through March 2021 than previously reported.

The labor market resilience could alter expectations that economic growth would slow significantly in the first quarter, after consumer spending exited 2021 with a whimper. The economy grew at a 6.9% annualized rate in the fourth quarter. Growth estimates for the first quarter are below a 2% pace.

Strong employment gains, accompanied by the biggest annual increase in wages since May 2020, pave the way for the U.S. central bank to raise interest rates in March by at least 25 basis points to tame high inflation. Economists expect as many as seven rate hikes this year.

“The report is unequivocally good for the economy, but not for markets as the strength in the numbers presents another data point which supports more aggressively hawkish Fed action,” said Cliff Hodge, chief investment officer at Cornerstone Wealth in Charlotte, North Carolina.

Stocks on Wall Street were mixed. The dollar (.DXY) rose against a basket of currencies. U.S. Treasury prices fell.

Economists had been bracing for a weak jobs report as the government surveyed businesses for payrolls in mid-January, when Omicron infections were peaking. The Labor Department said 3.616 million people who had a job were absent during the survey week because of illness.

Workers who are out sick or in quarantine and do not get paid during the payrolls survey period are counted as unemployed in the establishment survey even if they still have a job. Lower-paid hourly workers in industries like healthcare as well as leisure and hospitality, who typically do not have paid sick leave, bore the brunt of the winter COVID-19 wave.

According to the latest government data, paid sick leave was available to 79% of civilian workers in March 2021.

The leisure and hospitality industry added 151,000 jobs in January. Healthcare employment increased by 18,000. There were gains in retail, professional and business services employment as well as transportation and warehousing, and wholesale trade.

The United States is reporting an average of 354,399 new COVID-19 infections a day, sharply down from the more than 700,000 in mid-January, according to a Reuters analysis of official data.

The government introduced new population estimates for the household survey, from which the unemployment rate is derived. The new assumptions had a negligible effect on the unemployment

The labor force participation rate, or the proportion of working-age Americans who have a job or are looking for one, increased to 62.2% due to the changes in the composition of the population, from 61.9% in December. The workforce increased by 1.393 million people. The employment-to-population ratio rose to 59.7% from 59.5% in December.

Other details of the household survey were strong. Employment increased by 1.199 million. The survey counts people who have a job as employed regardless of whether they got paid during the survey week if they were temporarily absent from their jobs because of illness, bad weather, vacation, labor-management disputes, or personal reasons.

A broader measure of unemployment, which includes people who want to work but have given up searching and those working part-time because they cannot find full-time employment, dropped to 7.1% from 7.3% in December.

With some lower hourly paid workers at home, wage growth accelerated in January. Average hourly earnings increased 0.7%, which raised the annual increase to 5.7%, the largest gain since May 2020. But Omicron’s surge shortened the average workweek to 34.5 hours from 34.7 hours in December.

“All in all, the U.S. economy appears to be on a strong footing,” said Noah Williams, adjunct fellow at the Manhattan Institute.

English Football Giants Manchester United To Partner Up With Tezos

It wasn’t just “the economy stupid”—it was abortion.

In 2022, Ethical Leadership Is As Good For Business As It Is For Society