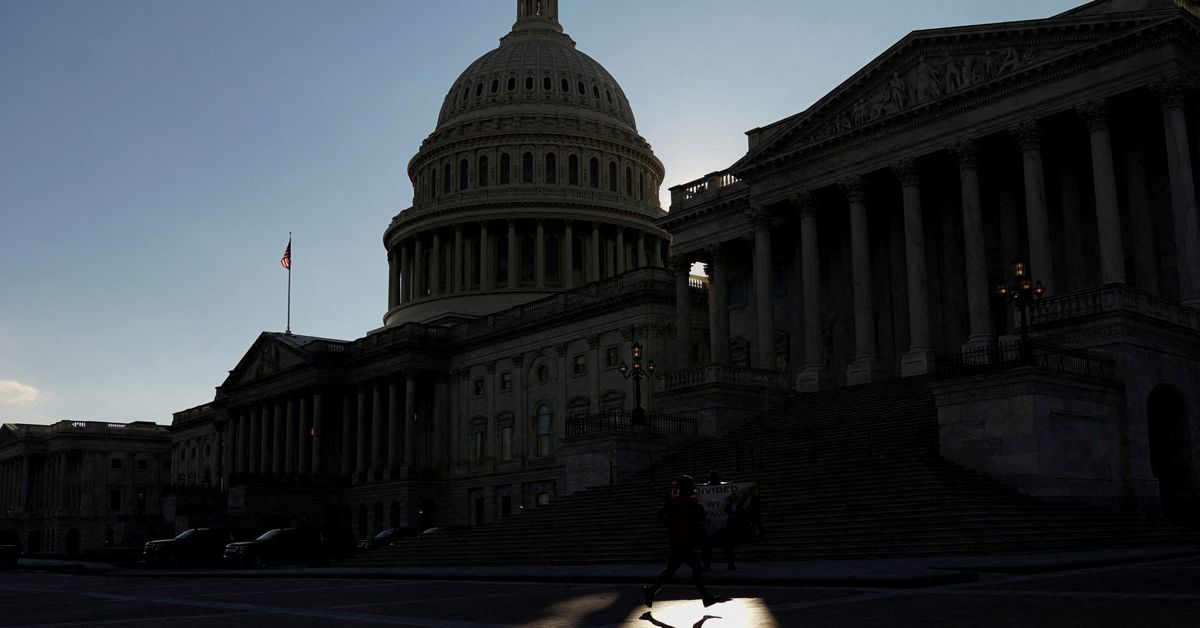 A jogger passes through a beam of sunlight in front of the U.S Capitol in Washington, U.S., January 18, 2022. REUTERS/Kevin Lamarque/File Photo

WASHINGTON, Feb 9 (Reuters) – Legislation to tighten controls on U.S. lawmakers’ financial transactions, including possibly banning them from buying and selling stocks, could be put on a fast track toward passage, House of Representatives Speaker Nancy Pelosi said on Wednesday.

Weeks ago, Pelosi said the House Administration Committee was reviewing several suggestions from rank-and-file members amid calls for a new prohibition on stock market transactions.

“I assume that they’ll have it pretty soon,” Pelosi told reporters at her weekly news conference. She was referring to an Administration Committee bill.

The top House Democrat added that she also wants to see a tightening of fines on lawmakers who violate existing ethics laws on reporting investments and that any new controls on members of Congress would have to be extended to the entire federal government.

Pelosi singled out the need to include the federal judiciary.

But the practice has come under increasing scrutiny, in part as social media users pay growing attention to U.S. lawmakers’ investments.

Some individual lawmakers’ investments have raised questions over possible conflicts of interest given that Congress’ oversight duties can allow it to get information ahead of the public, with some members facing investigation or charges.

“I believe this is an important issue that Congress should address, and it’s something that clearly has raised interest from both sides of the aisle in the past few weeks,” he said in a Senate speech.

Democrats hold a majority in Congress, but House Republican Leader Kevin McCarthy told Punchbowl News in January that he also backed the effort — which precedes the Nov. 8 midterm congressional election that will decide which political party will control each chamber.

Senate Republican leader Mitch McConnell separately told reporters on Tuesday that he had not yet weighed a possible ban but would consider any legislation. He added that he does not own any individual stocks and advises members to invest via mutual funds, as he does.

At her Wednesday news conference, Pelosi sidestepped a question on whether lawmakers’ spouses should be included in whatever new controls are written into legislation, saying she was leaving details to the committee.

But referring to the overall effort, she said: “It is a confidence issue. And if that’s what the members want to do, then that’s what we will do,” adding, however, that crafting a bill will be “complicated.”

Retirement savings shrank for low-income Americans in 2010s, even as economy expanded