U.S. economy gets off to slow start in 2022, but don’t expect big GDP gain 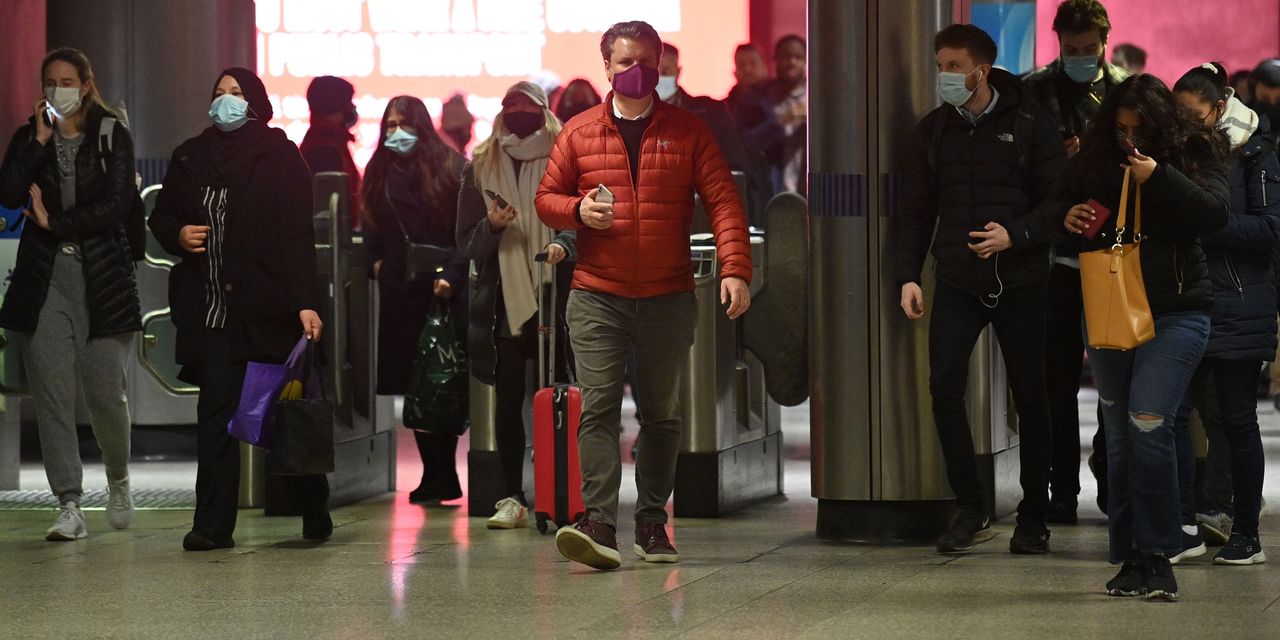 Don’t expect another big spurt of “growth” in the U.S. economy in the first three months of 2022. It’s shaping up to be a slow start to the new year.

One of Wall Street’s
DJIA,

premier forecasters, IHS Markit, says gross domestic product is likely to expand at a less than 2% annual pace from January to March, based on an early look at key benchmarks.

That’s well shy of the frothy 6.9% growth rate in the final three months of last year.

Other forecasts such as the Atlanta Federal Reserve’s GDPNow tracker expect barely any growth in GDP, the official scorecard for the economy.

Why so slow? The record crest in the omicron strain of the coronavirus put, well, new strain on the economy. Governments increased restrictions, Americans went out less and millions of people got sick and missed time from work.

These disruptions put a damper on consumer spending and business production.

“GDP in the first quarter has lost momentum due to a consumer pullback in December and the Omicron surge in January,” said Stephen Gallagher, U.S. chief economist at Societe Generale.

The sharp increase in fourth-quarter GDP, celebrated by the Biden White House, also exaggerated the strength of the U.S. economy.

Businesses raced to ramp up production in time for the holiday shopping season and to restock after inventories were depleted. The inventory buildup accounted for 5 percentage points of the 6.9% increase in GDP — the second biggest impact in 40 years.

Absent the restocking, the economy grew closer to a more modest 2%.

In the first quarter, restocking is expected to be a lot slower. Inventories could even subtract from GDP.

Nor will the economy get much help from the government. Most of the stimulus from last year has evaporated and the failure of President Biden’s Build Back Better plans suggest no more major stimulus is forthcoming.

Still, the news is not all bad. Coronavirus cases are falling fast. Consumers and businesses will face fewer disruptions and life might be able to get to something closer to normal.

The wild card is the Federal Reserve. The central bank is gearing up to raise interest rates for the first time since the pandemic and make it more costly to borrow.

Rates fell to record lows during the pandemic and helped spawn higher sales of homes, cars and other big ticket items. Now the easy-money policies are going to be removed.

“There is a real danger of the Fed overdoing it on the monetary tightening front, just as the economy is naturally slowing down, fiscal stimulus is unwinding, and financial conditions are about to tighten,” said chief economist Scott Anderson of Bank of the West.

Will Carly Leave Sonny For Good On ‘General Hospital’?

How the Web3 economy works and who’s in control

Jobless claims are up, but durable goods orders are, too