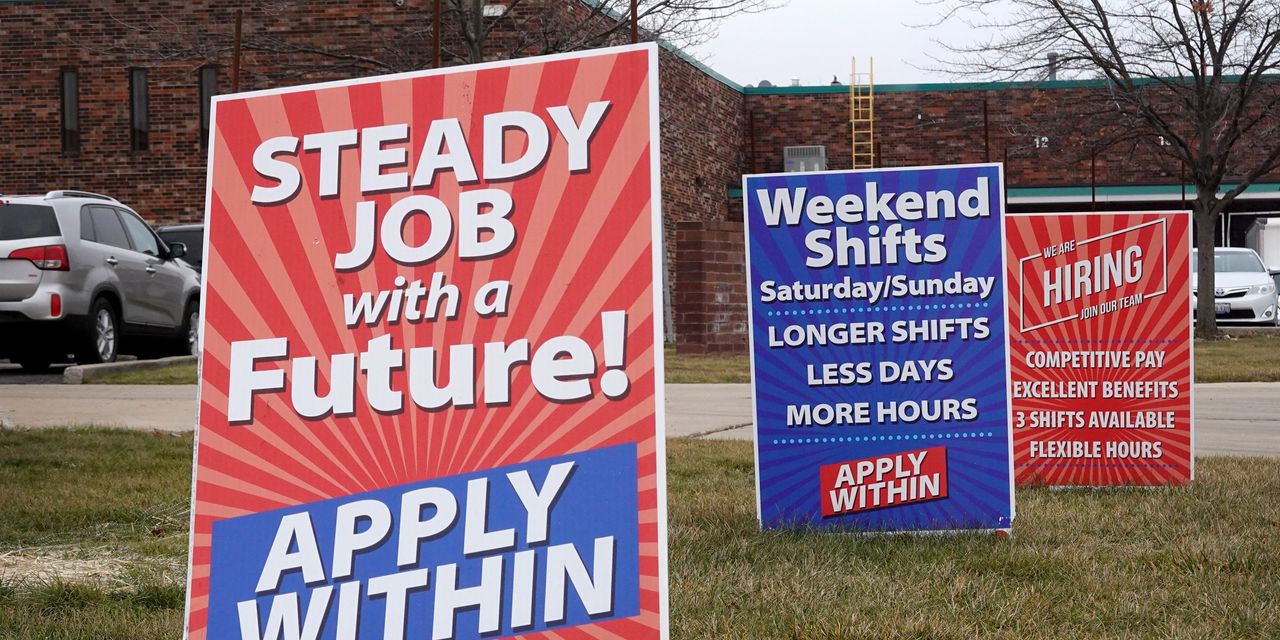 The U.S. might be headed for a recession this year, but it would be hard to tell based on the economy’s solid performance at the end of 2022. Gross domestic product likely grew at a faster-than-usual pace for the second quarter in a row.

Here’s what to watch for in Thursday morning’s release of the fourth-quarter GDP.

The U.S. likely expand at a 2.8% annual pace in the period covering October through December, according to Wall Street
DJIA,

analysts. GDP is the official scorecard of sorts for the economy.

GDP also rose at a 3.2% rate in the third quarter, rebounding from two straight declines in the first half of the year.

Consumers keep at it

Americans spent plenty of money toward the end of 2022 — enough to keep the economy charging ahead. Household spending normally generates about 70% of U.S. economic activity.

Consumer purchases of goods and services such as new cars or vacation trips likely rose about 2.5% after adjusting for inflation, economists estimated. That’s a bit above the pre-pandemic average.

Economists don’t expect a repeat in early 2023, however. They predict spending will slow to less than 1% in the first quarter, which stretches from January through March.

Rising interest rates orchestrated by the Federal Reserve to bring down high inflation have made big-ticket items more expensive and curbed consumer appetites. High inflation is also acting as a restraint on spending.

The slowdown in spending appeared more dramatic in the last two months of the year.

“As the recent retail sales data confirm, the strength in consumer spending was confined to October and spending momentum as we exited 2022 cooled sharply,” economists at Nationwide noted in a report to clients.

The fourth quarter was probably a mixed bag for business.

Construction companies cut back on investment as high mortgage rates choked off home sales. And business spending on equipment and structures was probably weak.

Yet businesses may have increased their stockpiles of unsold goods ahead of the holiday season. Since higher inventories add to GDP, the headline figure could get a sizable boost.

The problem is, any boost from inventories won’t last if the economy keeps slowing. Companies typically cut production — and jobs — when demand slackens.

If enough layoffs ensue, the economy could enter a downward spiral.

Big swings in the U.S. trade deficit played an outsized role in the ups and downs in GDP through the first nine months of last year, but it’s unlikely to be much of a factor in the fourth quarter.

Changes in imports and exports appear to have largely offset each other.

Government spending has had a larger-than-usual impact on GDP since the pandemic started in early 2020, but it played a smaller role in the fourth quarter.

The stock market will soon reach a tipping point in active versus passive investing, ISS says

We welcome Cisco CEO’s upbeat view on the economy

Orbeon Protocol (ORBN) Seen As A Presale Hit While Shiba…

Optimism is returning to China’s economy. Can it last?

What could cause a stock market crash in 2023?