Almost four months after Ethereum’s successful shift to a proof-of-stake network, the second-biggest blockchain by market cap has passed another major milestone. More than 16 million ether have been deposited into Ethereum’s Beacon Chain staking contract, data from Etherscan shows.

Crypto exchange FTX has recovered more than $5 billion in liquid assets but the extent of customer losses in the collapse of the company founded by Sam Bankman-Fried is still unknown, an attorney for the company told a U.S. bankruptcy court.

Alkimiya, a decentralized capital markets protocol, has raised $7.2 million in funding as it seeks to attract miners and stakers wanting to hedge their cash flow as they attempt to navigate the current bear market.

BTC/USD skyrocketed 5.0% in the last session.

The Bitcoin-Dollar pair skyrocketed 5.0% in the last session. The MACD is giving a positive signal, which matches our overall technical analysis. Support is at 17075.3333 and resistance at 18433.3333.

The MACD is currently in positive territory.

ETH/USD skyrocketed 2.5% in the last session.

The Ethereum-Dollar pair skyrocketed 2.5% in the last session. According to the Ultimate Oscillator, we are in an overbought market. Support is at 1297.8333 and resistance at 1438.3733. 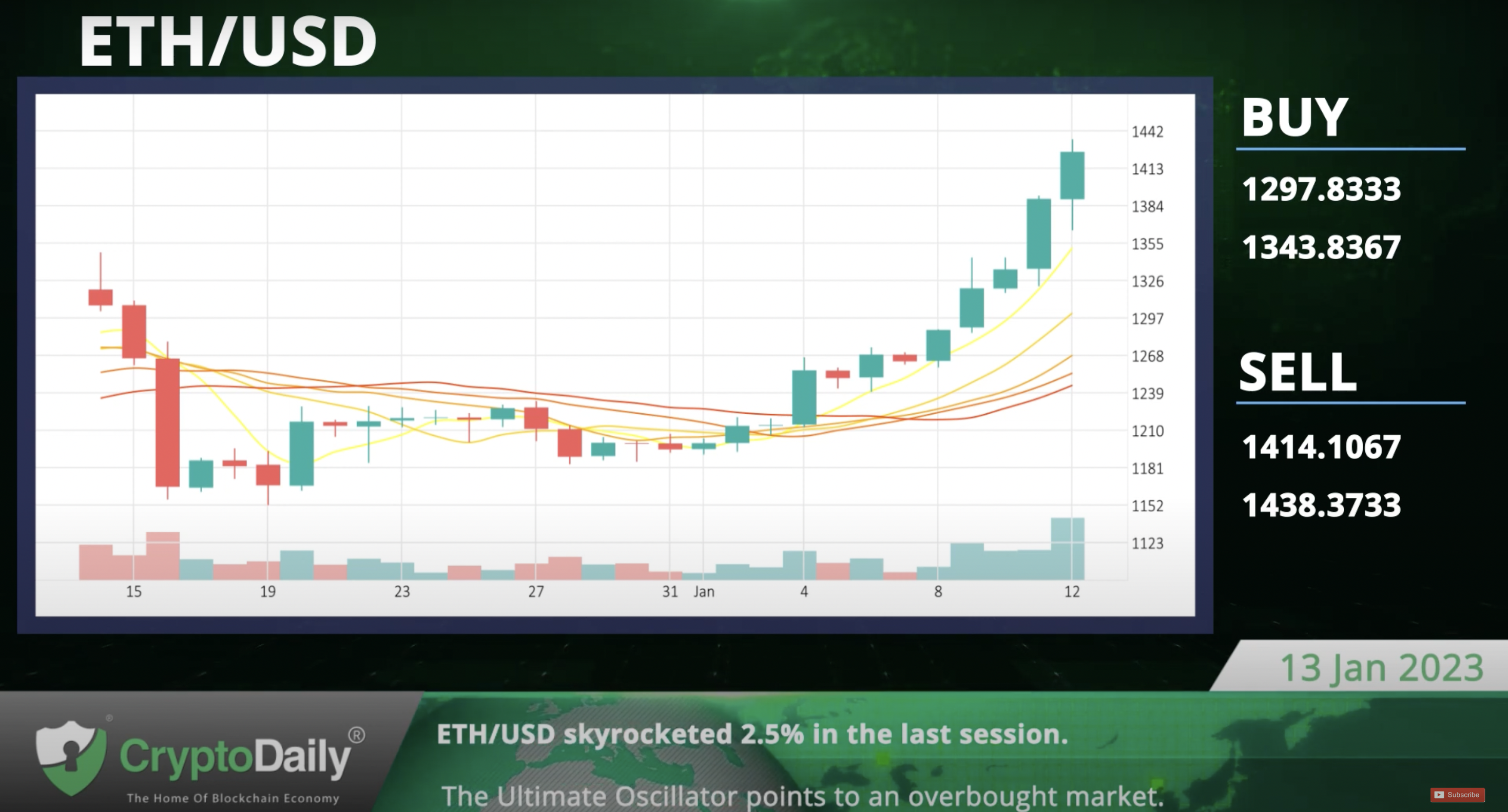 The Ripple gained 0.7% against the Dollar in the last session. The Stochastic-RSI indicates an overbought market. Support is at 0.3365 and resistance at 0.3956.

The Stochastic-RSI is signalling an overbought market.

LTC/USD skyrocketed 1.4% in the last session.

The Litecoin-Dollar pair exploded 1.4% in the last session. The Ultimate Oscillator indicates an overbought market. Support is at 77.91 and resistance at 88.021. 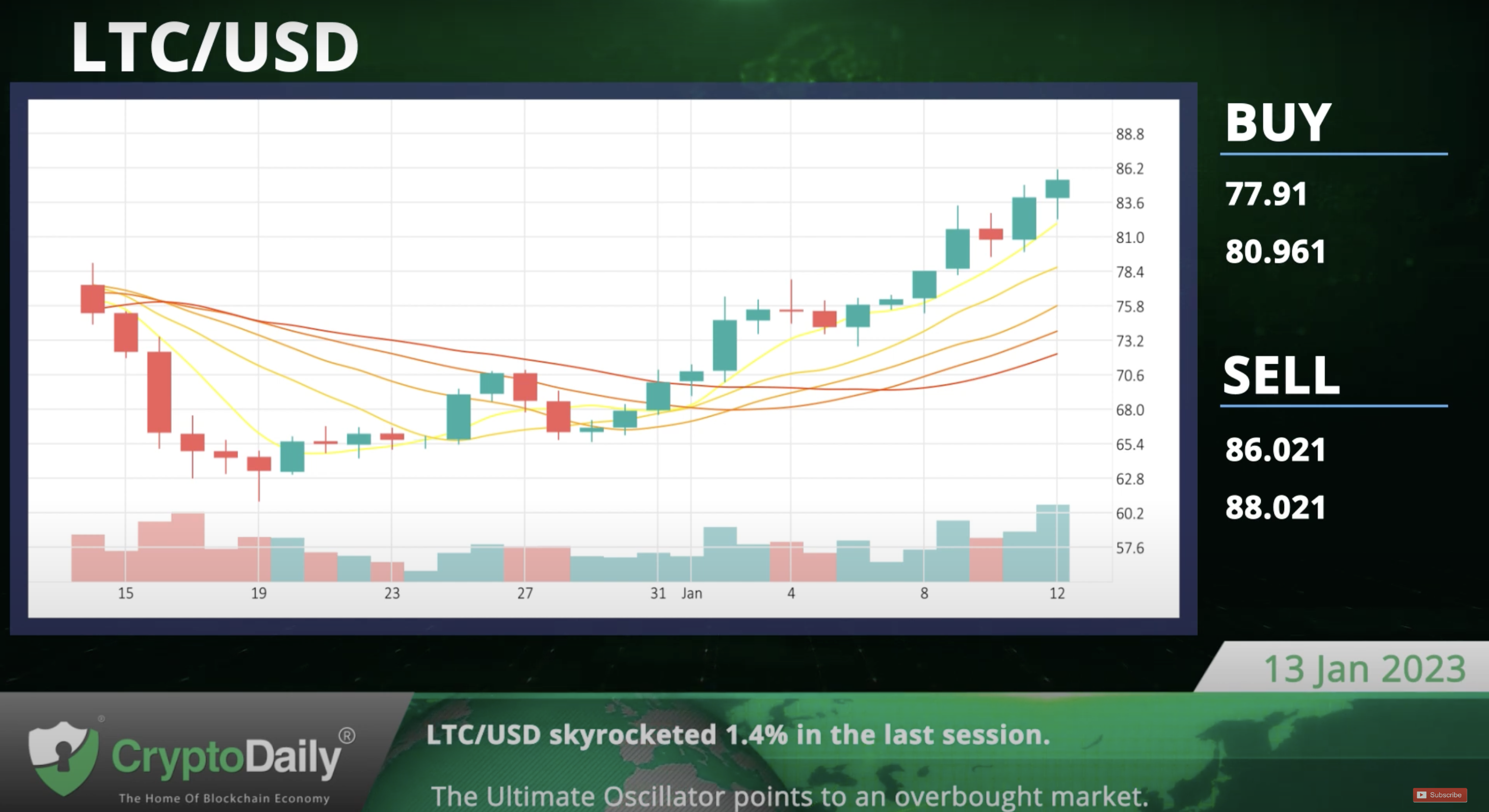 Industry is a basic category of business activity. Changes in the volume of the physical output of the nation’s factories, mines, and utilities are measured by the index of industrial production. The UK’s Industrial Production will be released at 07:00 GMT, the US Export Price Index at 13:30 GMT, and the US Michigan Consumer Sentiment Index at 15:00 GMT.

The Export Price Index measures the changes in the prices of exported goods and services.

The Michigan Consumer Sentiment Index is a survey of consumer confidence in economic activity, making it an indicator of consumer spending.

The Gross Domestic Product measures the total value of all goods and services produced by a country. The GDP is considered a broad measure of economic activity and health. The UK’s Gross Domestic Product will be released at 07:00 GMT, Finland’s Consumer Price Index at 06:00 GMT, and Japan’s CFTC JPY NC Net Positions at 20:30 GMT.

The Consumer Price Index measures price movements by comparing the retail prices of a representative shopping basket of goods and services.

The weekly Commitments of Traders (COT) report provides information on the size and the direction of the positions taken. The report focuses on speculative positions.