‘The Year of Babydog’: Justice Touts Economy, Tourism In State Of State 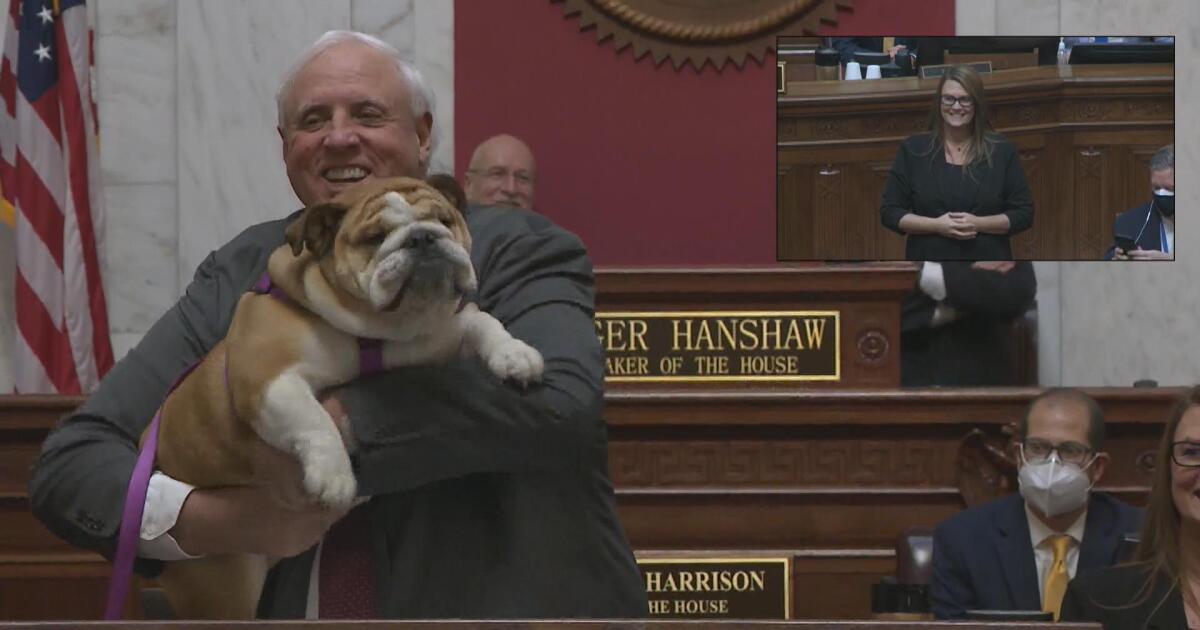 Gov. Jim Justice delivered his State of the State address to the legislature Thursday evening.

Justice was supposed to deliver the speech more than two weeks ago, until he tested positive for the coronavirus.

“I’ve never really been 15 days late,” he said, joking about other times he’s been late.

Otherwise, the governor had mostly positive things to say in his fourth State of the State.

He highlighted the economic development news of recent weeks, and the state’s low unemployment rate.

Justice boasted about the state landing three major employers, including an electric bus manufacturer and a steelmaker.

“You know they went fishing, did they not?” Justice said of his economic development team. “And they caught some big, big, big fish.”

After lawmakers approved a large incentive package, Nucor agreed to bring a steel plant to Mason County, and hundreds of jobs with it.

“And along came Moby Dick, and boom, we got it,” he said. “We absolutely have so many things to be thankful for, but we’ve got Nucor in West Virginia right now.

Justice said the state’s deficit is gone, replaced by a $57 million positive balance.

Still, his budget request is basically flat. He called on lawmakers to enact a 5 percent pay increase for state employees.

Justice praised the state for increasing its focus on tourism and attracting new residents.

“I’ve said, you know, any frog that’s not proud of his pond isn’t much of a frog,” he said. “And forever, forever, we must not have been real proud of our own pond.”

He called on lawmakers to create a Build West Virginia tax credit to encourage the construction of more housing.

Turning to education, Justice said he wants the state to cover the cost of college classes for high school students. He also wants to make computer programming and coding classes mandatory in high school.

Justice touted his Roads to Prosperity project, which has repaired tens of thousands of miles of highways statewide.

“By God a living, we’re gonna run out of miles,” he said.

The governor encouraged the state to tackle yet another infrastructure challenge: connecting every resident with broadband.

Justice ended his remarks by bringing Babydog into the chamber, a cherished member of the first family and the symbol of the governor’s vaccination campaign.

“This has been the year of Babydog, hasn’t it?” he said.

Cardano (ADA) and Avalanche (AVAX) Owners Place Their Bet on…

Over 40,000 Cars At Risk Of Power Steering Loss