The Northern Nevada economy 2 years into the pandemic 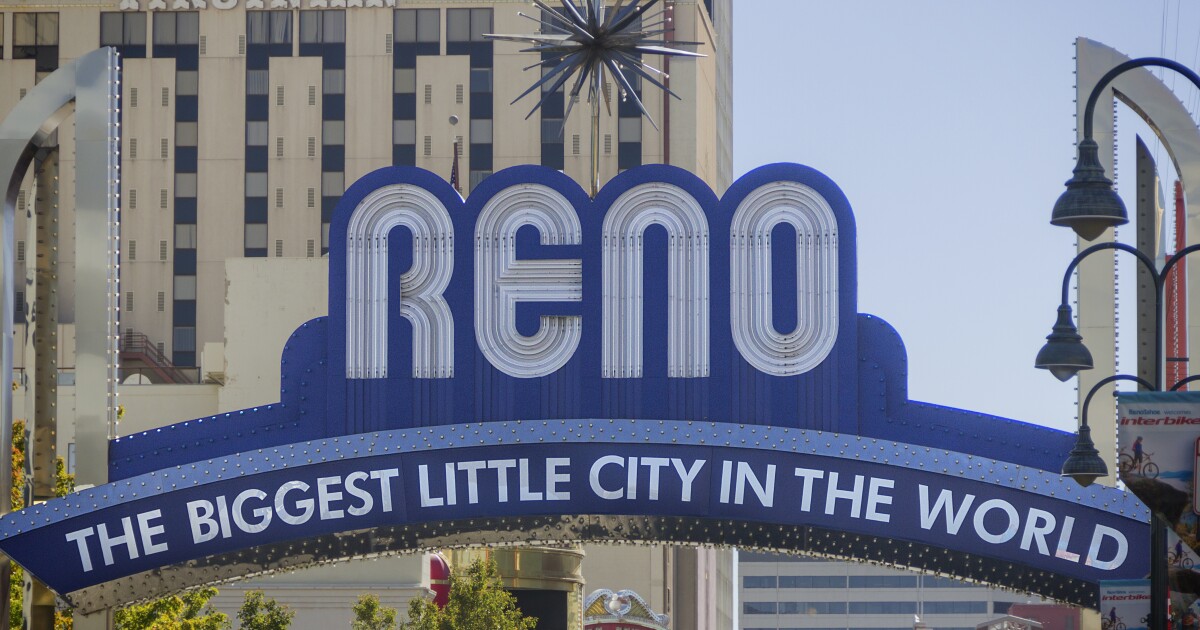 The COVID-19 pandemic has upended the economy, leading to everything from severe labor shortages to inflation. KUNR’s Noah Glick and Kaleb Roedel discuss how Northern Nevada is faring nearly two years into the pandemic.

Kaleb Roedel: Well, overall, the Reno-Sparks economy has bounced back pretty strongly from the pandemic. Consumer spending is at an all-time high. The unemployment rate is back under 3%. In fact, right now, the region is up 3,400 jobs compared to where it was a month before COVID hit.

Glick: So we actually have more jobs now than we did before the pandemic.

Roedel: Yeah. And that’s despite all the layoffs and the Great Resignation.

Glick: The labor shortages we’re talking about … Wow. Well, I think what we have to say, though, is that some industries have been particularly hit hard here in Nevada. I guess, what industries have you seen that have been impacted more than others?

Roedel: Yeah, you’re right. I spoke with Brian Gordon, who is with the Las Vegas research firm Applied Analysis. He presented at the EDAWN event [last] week, and he said that some sectors have seen really strong job growth, like business services and transportation and utilities, but others are going in the opposite direction.

(SOUNDBITE FROM BRIAN GORDON): Not surprisingly, in the leisure and hospitality sector, that particular industry is off about 4,000 jobs from where it was sort of pre-COVID. And, you know, the reality is that maybe not all of those jobs are going to return.

Glick: Well, Kaleb, what happens then to this pool of workers who don’t necessarily have a job to go back to you then?

Roedel: Yeah, that’s a big question that business leaders, economic leaders are trying to figure out right now. In fact, I spoke with Mike Kazmierski, the CEO of EDAWN, and he thinks that the state needs a more sustainable effort to upskill workers, so they can fill some of these positions in growing industries that are constantly hiring, like manufacturing and logistics.

(SOUNDBITE FROM MIKE KAZMIERSKI): You take someone who is in an industry that is declining, gaming and tourism, for example, with a lot of skills, and you upskill them to a position that probably pays a whole lot more that allows them to stay here and live here.

Glick: So he mentioned something here – upskilling. What is that exactly?

Roedel: It’s basically taking someone who is in an industry like tourism or gaming and giving them the skills where they can fill a position in advanced manufacturing. So, teaching them coding, robotics … some of those skills that are needed for jobs of the future.

Glick: Got it. OK. So, we’ve also heard, though, about the Great Resignation – swarms of people essentially up and leaving their jobs, quitting, leading to labor shortages. I mean, is that something that leaders are concerned about here?

Roedel: Yeah, I think that’s another million-dollar question is these business and economic leaders aren’t sure if these workers want to go back to work. You know, some are choosing just to leave the labor force entirely. A lot of them are retiring. In fact, in Nevada, 41 percent of the people who have left the workforce during the pandemic just decided to retire. And a lot of them did early. It wasn’t in their plans, but they just decided whether it was health risks or they decided they had enough. They wanted to spend more time with their family. They just got out. That’s been the top reason in the country, in fact.

Glick: I just wanna make sure I heard that number right. Forty-one percent of those who have lost jobs in Nevada from the pandemic have decided to not reenter the labor force?

Roedel: Yeah – 41 percent. Another top reason people left the workforce is they couldn’t meet the child care needs that they had.

Glick: And you’ve done some reporting on that already. You know, we know that child care is a big issue. And yeah, I guess that makes a lot of sense then, how that could have economic ripples.

Roedel: Yeah, a lot of people are having to choose between working or staying at home with their child because it doesn’t make sense to work and put them in child care when you’re just basically breaking even at that point.

Glick: Well, given the health risks that the pandemic has shown, too, you know, who knows. But, sticking with economics, though, here, you know, we got to look forward. What’s the future look like? Are there any concerns or anything that leaders are talking about moving forward?

Roedel: The biggest one is the lack of affordable housing. That’s the point Kazmierski was hammering home in my conversation with him [last] week. In recent years, many affordable housing projects in Reno are either developing slowly or just not developing at all. And Kazmierski cast some of the blame on elected officials for that.

(SOUNDBITE FROM MIKE KAZMIERSKI): We’re the fastest-growing mid-sized community in the nation, so that clearly exacerbates a problem that’s occurring everywhere. A lot of issues, prices certainly are a factor, but our local governments are not doing their job either.

Why The Stock Market Is ‘Not Out Of The Woods Yet’

How Rich Was Co-Owner Of Billion-Dollar Crypto Company