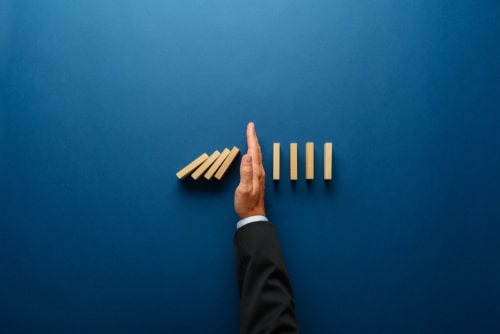 
(Kitco News) The Federal Reserve is ignoring deflationary signals in the economy. And its heavy-handed rate hikes could be pushing the economy into something similar to the Great Depression, said Ark Invest CEO Cathie Wood.

Deflationary signals are already strong, and the setup looks akin to the Roaring Twenties one hundred years ago.

“Prior to the Roaring Twenties, the world was at war – WWI – and suffering a pandemic – Spanish Flu. While both had a more serious impact on the global economy, today’s combination is a strong echo that could result in much lower than expected inflation and a boom in innovation,” Wood said in a Twitter thread. “The setup is remarkably similar [to today]!”

The 1920s was the time when “several general purpose technologies evolved at the same time,” including the telephone, electricity, and the internal combustion engine, Wood pointed out.

If inflation is unwinding, as we believe, then we could be heading back to the future, the Roaring Twenties, the last time several general purpose technologies evolved at the same time: telephone, electricity, and the internal combustion engine. The setup is remarkably similar!

Inflation in 1920 was over 20% as WWI and the Spanish flu triggered supply chain issues. In response, the Fed raised rates aggressively from 4.6% to 7% in just one year. In 1921, inflation dropped to a negative 15%.

Based on this example, Wood is not ruling out annual inflation turning negative in 2023 as the Fed continues to push forward with its hawkish monetary policy stance, which Wood described as a grave mistake.

“We would not be surprised to see broad-based inflation turn negative in 2023,” she wrote over the weekend. “The Fed raised interest rates less than two-fold from 4.6% to 7% in 1919-1920. Faced with much lower inflation this time around, the Fed has increased interest rates 16-fold, a serious mistake in our view.”

However, there is a window of opportunity to see the Roaring Twenties again, and that will depend on what the Fed decides to do next year.

“If inflation drops below the Fed’s 2% target and economic activity disappoints, then interest rates are likely to surprise on the low side of expectations next year, ushering in this century’s rendition of the Roaring Twenties,” Wood described.

When inflation dropped to negative 15% in June 1921, the Fed proceeded to drop rates from 7% to 4% within a 14-month timeframe. This “tripp[ed] the switch for the Roaring Twenties,” Wood said.

Wood warned that with the Fed now solely focused on fighting inflation, a Fed pivot in 2023 might not happen, which could lead to something similar to the Great Depression.

“If the Fed does not pivot, the setup will be more like 1929. The Fed raised rates in 1929 to squelch financial speculation and then, in 1930, Congress passed Smoot-Hawley, putting 50%+ tariffs on more than 20,000 goods and pushing the global economy into the Great Depression,” she noted.

So far, the U.S. central bank has looked past deflationary signals, with the Fed officials not even debating their current monetary policy agenda as all members are voting unanimously.

“The Fed is ignoring deflationary signals, and the Chips Act could harm trade perhaps more than we understand. Much like the reaction to Smoot-Harley, economists have paid little attention to the potential impact of the Chips Act,” she added. “The University of Michigan’s Consumer Sentiment Survey is at a record low, below levels hit in 2008-09 and 1979-82, a setup for a liquidity trap like that in the Great Depression when massive monetary stimulus failed.”

The CHIPS and Science Act became law on August 9, 2022. Its goal is to invest $280 billion to boost U.S. competitiveness, innovation, and national security. The industries being targeted include domestic semiconductor manufacturing capacity, quantum computing, AI, clean energy, and nanotechnology.

Wood is not the only voice in the deflationary camp, with DoubleLine CEO Jeffrey Gundlach recently stating that deflation risk is much higher today than it’s been for the past two years.

Over the weekend, Goldman Sachs also revised down its inflation outlook, noting that it expects a “significant” drop in U.S. price pressures in 2023. The bank cited a peak in shelter inflation, slower wage growth, and easing supply chain issues.

In its updated estimate, core personal consumption expenditure (PCE), which is the Fed’s preferred measure of inflation, is seen slowing to 2.9% by December 2023. Currently, the core PCE is sitting at 5.1%.

Crowdfunding Campaign Raises Over $5.5M For APCs In Ukraine