Stream Coin ICO Countdown Begins; Here Is All You Need to Know 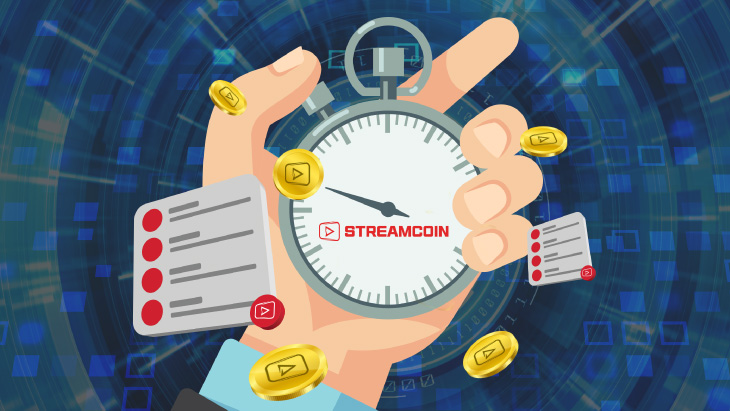 The year 2021 was a watershed moment for cryptocurrencies, and the year 2022 is already shaping up to be just as exciting. The initial coin offering (ICO) of Stream Coin (STRM), developers of a future blockchain-based livestreaming network dubbed MeiTalk, which seeks to reward both streamers and viewers across numerous platforms, has turned heads in the industry.

The excitement is building up in the multiple language Stream Coin Telegram community channels and its other social media platforms. While many are anticipating the launch of this novel innovation, it is pertinent to understand what Stream Coin and its team are about to unveil to the world soon.

First and foremost, the ICO will take place on February 1, with a total of 1 billion STRM tokens being sold. While there is no minimum purchase requirement, there is a maximum purchase limit of 11,110 STRM per person. The ICO is priced at $0.9 per coin and is open to everyone who lives in a nation that allows cryptocurrency purchases.

STRM can be purchased with BTC, ETH, USDT, BNB, BUSD, ABBC, CRO, OKB, FTT, KCS, GT, MEX, and ZB, among other cryptocurrencies. STRM will be listed on over 100 different cryptocurrency exchanges once the ICO is completed.

Stream Coin also promises to manage a strict supply of the token by burning any remaining coins at the end of the ICO, which will benefit STRM owners and platform users. Stream will also burn a similar number of coins from its company’s allocation.

To benefit investors, Stream Coin’s first ICO will include a referral/affiliate scheme. Investors who purchase at least $50 worth of STRM are eligible for referral bonuses. They can invite people to join the ICO using a referral link. Referrers can earn up to 100% referral bonus for each successful referral, which will be credited to their wallet account at the end of the public sale. This link will take you to the official STRM ICO sale.

Later this year, the team will launch MeiTalk, which is an all-in-one infrastructure that enables streamers to simultaneously live stream across all major streaming platforms from a single platform. STRM coins will serve as the platform’s official digital currency and will be used to reward or donate to live streams. Viewers can also get STRM by watching adverts throughout the video. They’ll also be able to buy NFT clips of live streamers’ best streaming moments on the Stream NFT Marketplace with STRM.

As the economy worsens, are luxury products still a safe investment?