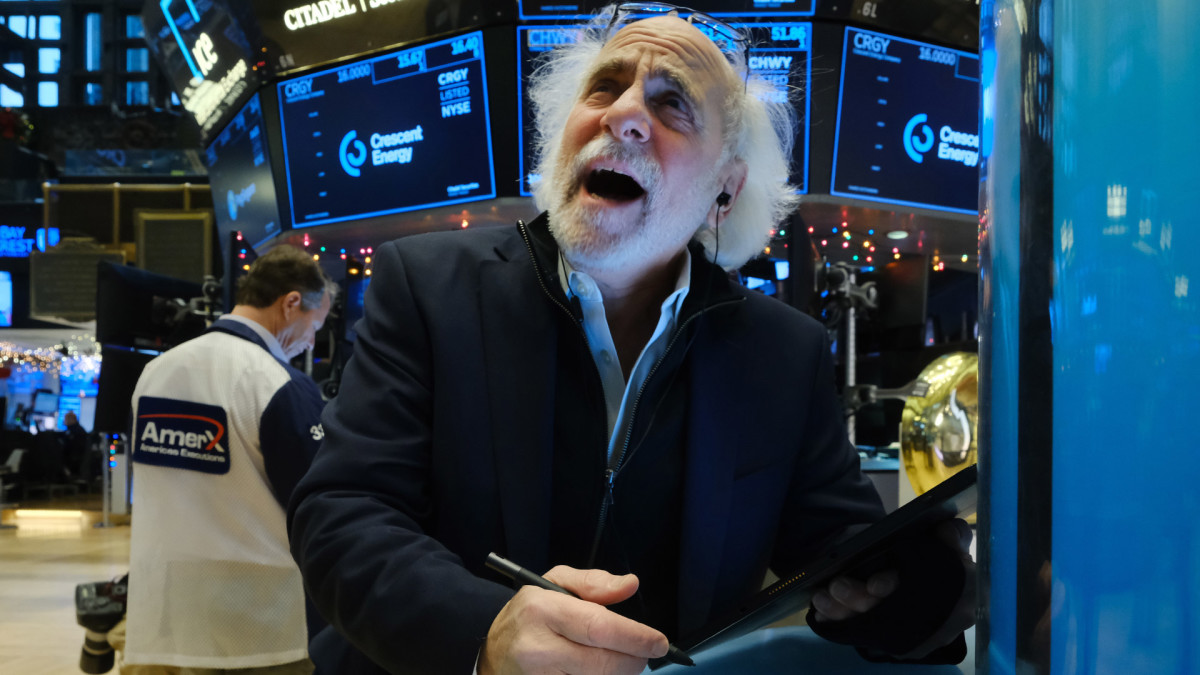 Meta Platforms, formerly known as Facebook, ended down than 26% after weaker-than-expected fourth quarter earnings and muted outlook on revenues and subscriber growth.

The slump pulled a multitude of social media and tech stocks lower.

Stocks also had trouble finding their footing following a key European Central Bank policy decision, which follows on from the fastest reading for regional inflation on record in January, when harmonized consumer prices rose 5.1%.

The ECB made no changes to its record-low borrowing rates today, but said its emergency bond buying would end in March, adding that it “stands ready to adjust all of its instruments, as appropriate, to ensure that inflation stabilises at its 2% target over the medium term.”

In her post-decision press conference, ECB President Christine Lagarde struck a hawkish tone, refusing to rule out a 2022 rate hike and noting that ‘compared with our expectations in December, risks to the inflation outlook are tilted to the upside, particularly in the near term.’

“If price pressures feed through into higher-than-anticipated wage rises or the economy returns more quickly to full capacity, inflation could turn out to be higher,” she added.

That near-term assessment could provide some clarity for the Federal Reserve, which is also reading for rate lift-off now that U.S. inflation is running at the hottest rate in more than four decades.

The Bank of England also lifted its benchmark Bank Rate to 0.5% Thursday in London, while warning that inflation could surge to a peak rate of around 7% before abating over the second half of the year.

The plummet in Meta Platforms shares, in fact, could potentially wipe more than $235 billion in value from the Facebook parent, after a disappointing fourth quarter earnings report that highlighted competition and technical headwinds to the world’s biggest social media company.

Merck  (MRK) – Get Merck & Co., Inc. Report shares fell 3.7% after the drugmaker posted stronger-than-expected fourth quarter earnings thanks in part to sales of its blockbuster Keytruda cancer treatment and the recent emergency approval of its Covid antiviral pill.

Elli Lilly  (LLY) – Get Eli Lilly and Company Report shares slipped 2.5% following a solid set of fourth quarter numbers that included a big boost in Trulicity sales and more than a $1 billion in revenues for its Covid antibody therapies.

Estee Lauder  (EL) – Get Estee Lauder Companies Inc. Class A Report shares dropped 5% after the luxury group boosted its 2022 outlook thanks in part to solid demand for skincare and fragrances.

Biogen  (BIIB) – Get Biogen Inc. Report shares 2.1% after the drugmaker’s 2022 profit forecast fell shy of Street estimates thanks in part to a disappointing performance for its recently-approved Alzheimer’s treatment.

Spotify said paid subscribers to it network would grow to 183 million in the current quarter, with revenues forecast in the region of €2.6 billion, but declined to offer guidance on annual growth rates. For the three months ending in December, Spotify had 180 million active users and a staggering 3.6 million podcasts on its platform.

Amazon  (AMZN) – Get Amazon.com, Inc. Report shares ended down 7.8% ahead of a key fourth quarter earnings report for the world’s largest online retailer that is likely to focus on labor costs and e-commerce growth. After the bell, Amazon posted better-than-expected results and said it’s raising its Amazon Prime service annual fee nearly 17% to $139.

Overnight in Asia, China markets, as well as other key bourses in the region, remained closed for the lunar new year celebrations, while the Nikkei 225 closed 1.06% lower at 27,241.31 points.

IRS To Forego Tax On Staking Crypto Until Assets Are Sold

5 things to know before the stock market opens Thursday, Feb. 3

5 things to know before the stock market opens Thursday, Feb. 3

The U.S. dollar must be backed by a ‘vital’ economy to maintain its dominance, says most cited scientist in Satoshi’s Whitepaper – W. Scott Stornetta

Swissie drifting ahead of inflation release