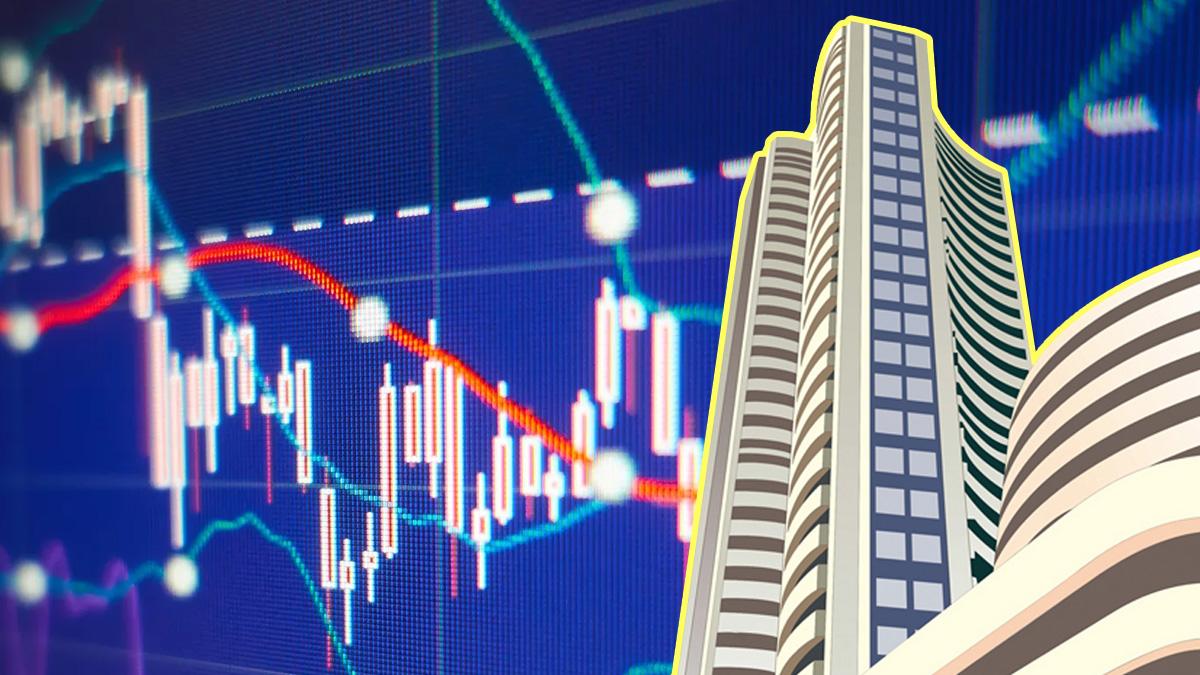 Here’s a look at the latest updates of the market action on BSE and NSE today.

Shares of Maruti Suzuki jumped 2 per cent after the country’s largest carmaker posted a marginal year-on-year increase of 408 units in January production volume owing to the shortage of electronic components.

Maruti Suzuki was the top gainer in the Sensex pack, advancing over 2 per cent, followed by Asian Paints, Titan, ITC and Axis Bank.

HDFC and L&T were among the top losers.

The initial public offering (IPO) of Vedant Fashions, owner of ethnic wear brand Manyavar, will hit the primary market on February 4, Friday. For the Rs 3,150-crore public offer, the company has fixed a price band of Rs 824 to Rs 866 per share. The issue will close on February 8. The IPO will be entirely an offer for sale (OFS) of 3.63 crore equity shares by existing shareholders of the company.

At present, shares of the company are available at a premium of Rs 50 in the unlisted market against the upper price band, according to IPO Watch. Below are the key things you should know before subscribing the issue.

Digital maps company CE Infosystem, which operates under the MapmyIndia brand, on Wednesday said it will acquire 9.9 per cent stake in geospatial company Pupilmesh Private Limited for about Rs 49 lakh.

MapmyIndia expects the acquisition to support its business opportunity in the area of navigation, it said in a regulatory filing.
According to the filing, the company requires no government approval for the acquisition and expects the transaction to be completed in a month.

Adani Wilmar is likely to finalise its IPO share allotment on Thursday. Earlier, the public offer of the company was subscribed 17.37 times on the final day of subscription on January 31.

Shares of Jubilant Foodworks tanked 6 per cent after the company posted its earnings for the quarter ended December 2021.

The company’s revenue from operations grew 12.9 per cent to Rs 1,193.5 crore on the back of an improved recovery in dine-in channel, which was well supported by continued strong momentum in the delivery channel.

Titan was the top gainer in the Sensex pack, advancing over 2 per cent, followed by Maruti Suzuki, Asian Paints, NTPC and Reliance Industries.

Tata Steel and Tech Mahindra were among the top losers.

Benchmark Indices are expected to open on a flat to negative note as suggested by trends on SGX Nifty. US stock markets closed higher on Wednesday, NASDAQ added 71 points followed by upbeat earning from Google parent Alphabet.

European Indices also closed positive on Wednesday. Asian markets were showing mix cues in the early trade as there is some concerns about global growth and geopolitical tensions. Nikkei down 1%, and Kospi trading +1.0% higher . Oil prices rises on Wednesday after OPEC+ stick to their plans for moderate output increases.

All three Wall Street benchmarks ended higher on Wednesday, rising for a fourth straight session after a turbulent start to the year, aided by upbeat earnings from Google-parent Alphabet and chipmaker Advanced Micro Devices.

In Asia, the Nikkei Weighted index was down 1.11 per cent and Hang Seng was trading 1.07 per cent higher. Shanghai Composite was down 0.97 per cent.

The rupee pared its initial gains to settle on a flat note at 74.83 (provisional) against the U.S. dollar on February 2, even as the domestic equities closed on a positive note.

Forex traders said higher-than-expected borrowing in the next financial year and weak fiscal deficit projections from the government weighed on investor sentiments.

Singapore Nifty (SGX Nifty) is the Indian Nifty index that is traded in the Singapore Stock Exchange and is considered to be the first indication of the opening of the Indian market.

IndusInd Bank, Bajaj Finserv, HCL Tech were the top Sensex gainers, rising up to 5.57%. TechM , Nestle, Ultratech Cement, and Maruti were among the top Sensex losers, falling up to 1.61%.

SBF To Be Interviewed At NYT Event

Minor Student Raped, Thrown To Her Death From Hotel Balcony