Stock Market Down, Up, Fed To Tighten, Economy Seems Strong 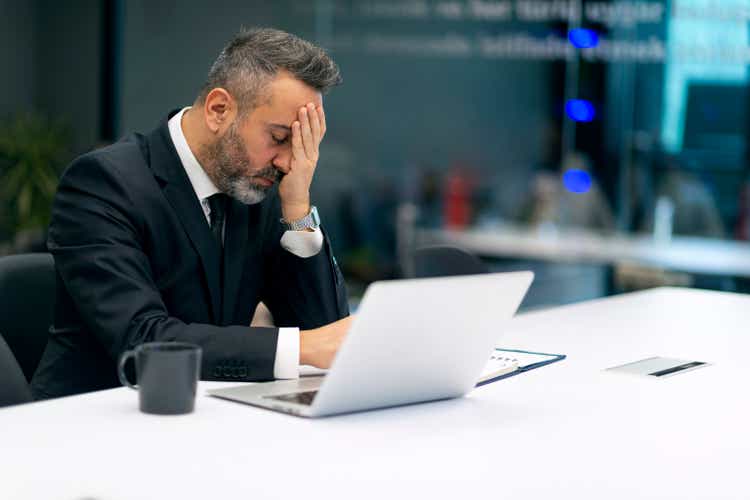 Investors seemed to change their minds about what the Federal Reserve is up to after Fed Chair Jerome Powell announced the results of the meeting of the Fed’s Federal Open Market Committee.

Before the meeting, the stock market seemed to believe that the Federal Reserve would do little more than what its leader had been talking about over the past two weeks.

In fact, the stock market seemed to indicate that the Fed’s monetary policy going forward would include maybe three increases in the Fed’s policy rate of interest, but there also seemed to be little or no direction about any other moves to tighten up on the economy in the near future.

Many analysts even expressed concern that the Fed was not really going to tighten up much at all as it still had securities to purchase and there was no indication that it would do anything about shrinking its balance sheet.

My pre-FOMC meeting post indicated my pessimism about just how restrictive the Fed’s actions would be in the near future.

And, then, market surprise happened again as the stock market rose once more after the opening bell on Thursday morning. The economy seemed to be growing very rapidly.

Justin Lahart, writing in the Wall Street Journal, captured the scene as well as anyone.

The outcome of the Federal Reserve’s policy meeting wasn’t as hawkish as some investors feared–not at first.

But the central bank left them worrying that it will take a decidedly less-accommodative turn in the months ahead.

But when Fed Chairman Jerome Powell began his press conference, the market quickly took a turn for the worse.

It seemed as if the Fed Chairman was signaling to the market that things could turn out to be tighter than they had been expecting.

So, what seems to be going on here.

In the FOMC statement released after the end of the meeting, the Federal Reserve discussed the Fed’s portfolio going forward.

The Committee decided to continue to reduce the monthly pace of its net asset purchases, bringing them to an end in early March.

The Federal Reserve’s ongoing purchases and holdings of securities will continue to foster smooth market functioning and accommodative financial conditions, thereby supporting the flow of credit to households and businesses.

So, for February we can expect that the Fed will oversee its portfolio of securities growing by at least $30 billion.

Reducing the Size of the Federal Reserve’s Balance Sheet

It is appropriate at this time to provide information regarding its planned approach for significantly reducing the size of the Federal Reserve’s balance sheet.

What did the press release say?

First, changes in the Fed’s target range for the federal funds rate are the primary means for adjusting the stance of monetary policy.

Two, reducing the size of the Fed’s balance sheet will begin after the process for increasing the target range for the federal funds rate has begun.

Third, reducing the size of the portfolio will initially be achieved by “adjusting the amounts reinvested of principal payments received from securities held in the System Open Market Account (SOMA).

Fourth, over the longer run, the Fed will hold primarily Treasury securities in the SOMA.

So, this is the background document presenting the Fed’s position on how its balance sheet will be reduced to remove the excessive amount of securities the Fed has acquired over the past two years.

The Federal Reserve followed this procedure, of letting securities run-off at maturity, at an earlier date in 2017. It is expected that the reduction will happen at a faster pace this time than it did at that earlier date.

So, this is what we know at the present time.

One Piece Is Missing

The Federal Reserve, over the past two years, has overseen an increase in reverse repurchase agreements.

Reverse repurchase agreements occur when the Fed sells securities to dealers under an agreement to repurchase them within a short period of time.

The Fed has “used” these asset sales to manage that amount of excess reserves that are held by commercial banks. The primary accomplishment achieved by this activity has been keeping the Fed’s policy rate of interest constant at 0.08 percent in recent months.

As of January 19, 2022, the Fed has just under $2.0 trillion of reverse repurchase agreements on its balance sheet.

The Fed has made no effort to explain how it will deal with these “repos” as it goes forward, attempting to reduce the size of its balance sheet.

How these security sales will be handled during this period of balance sheet reduction should be made known to the investment community.

Why is the Fed so silent about a liability account on its balance sheet that amounts to almost $2.0 billion, out of a total asset amount of just under $9.0 billion?

This seems to be a pretty significant amount!

This period is going to be a time when Mr. Powell’s leadership is really tested.

For most of the time Mr. Powell has been the Fed’s Chairman, he has operated believing that erring on the side of monetary ease is a good way to avoid disaster.

Now, we are seeing the fruits of that approach to monetary policy.

Debt has piled up, both corporate debt, personal debt, and government debt.

The financial system is facing massive dislocations due to all the money sloshing around the economy.

I believe that the investment community still has serious doubts about Mr. Powell’s ability to manage through this period successfully.

The least that we can say is that we are in a period of radical uncertainty.

The “old days” when the Fed just pumped more and more reserves into the banking system are behind us.

We have to deal with the uncertainty that this has left us. We are seeing that in the market, almost every day now.

I still say that 2022 is going to be a very tumultuous year.

Week Ahead – The calm before the storm