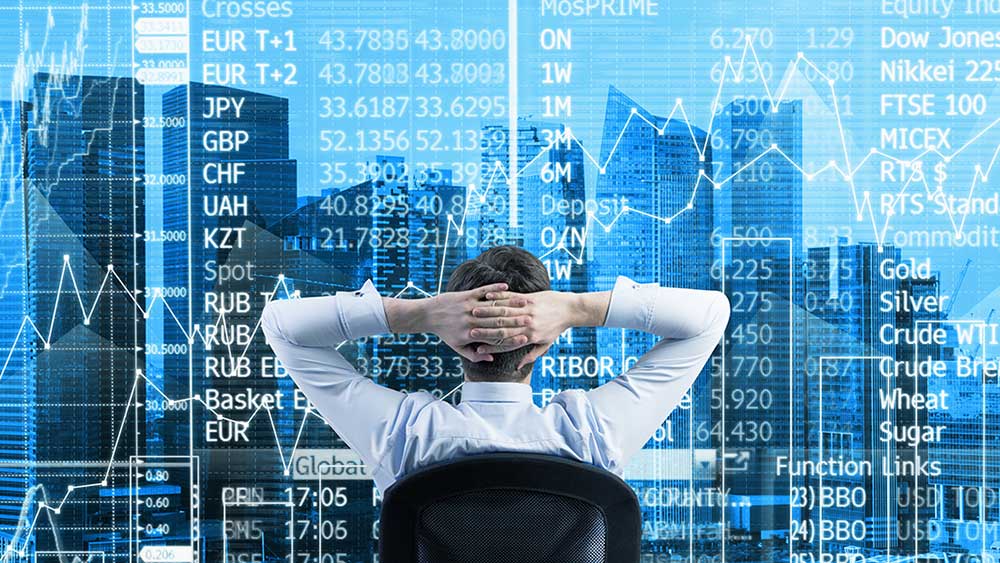 Despite a midweek slump, the stock market upshifted in a number of ways over the past week. Defense stocks rotated out of favor, as chip equipment makers and several software groups posted the biggest gains of the week. That puts investors on cautiously optimistic footing. Meanwhile, a rising number of growth stocks are cultivating fresh buy points as earnings season starts to slow. Economic indicators will remain critical, as will interest rates, the dollar and oil prices. And underneath all of it, the elections’ undecided races hold the power to make stocks turn on a dime.

With the stock market rally back in a confirmed uptrend after surging higher on a tame inflation report, investors should be looking to add exposure judiciously.

The October retail sales report, out Wednesday at 8:30 a.m. ET, tops a busy economic calendar in the coming week. That should help clarify how growth is faring. After a flat reading in September, economists expect a strong 0.9% monthly rise in retail sales, lifted by auto and gasoline sales. Excluding autos, Wall Street is looking for a 0.6% rise, up from 0.1% the prior month.

New jobless claims, out Thursday at 8:30 a.m., will be key to watch over the next several months to see whether the recent weakening trend continues. The upcoming report, with claims in the week through Nov. 12, coincides with the Labor Department’s midmonth survey of employers, used to derive monthly payroll gains.

Also on the calendar, the producer price index read on wholesale inflation is out Tuesday at 8:30 a.m. That index has trended down from double digits to 8.5% in September. Industrial production, out Wednesday at 9:15 a.m. is expected to slow to 0.2%. However, it showed a solid 0.4% increase in September. In the struggling housing sector, building permits and starts are due Thursday at 8:30 a.m. And existing home sales are out Friday at 10 a.m., which could impact stock market action.

It was a big week for the market as the big benchmarks all snatched back key levels of technical support, then ran higher. The Dow’s biggest move above 200-day support since its briefly-held January peak is sure to be challenged quickly. More companies are battening hatches ahead of a possible economic slowdown. Oil prices surged, raising prospects of another inflation surge. Former Fed Chief Janet Yellen warned that rental housing costs were set to continue fueling inflation. And control of Congress remains undecided after Tuesday’s hard fought midterm elections. All of which could cause stocks to turn on a dime.

Nasdaq Has Best Week Since March, But Don’t Do This

Signs of a cooling labor market are becoming more prevalent. Steep cutbacks at companies including Twitter and Facebook/Meta Platforms (META) are part of the picture. But retailers are also hiring fewer seasonal workers heading into the holiday shopping season, according to federal data analyzed by executive coaching firm Challenger, Gray & Christmas. Retailers added 162,000 workers in October, down 28% vs. the same month last year. In supporting industries, transportation and warehousing operations added 65,800 jobs, a 46% decline from a year ago. Companies had announced plans to hire 595,400 seasonal workers for the year through Nov. 9. Last year, that number was 940,300 through Nov. 16 — a 37% difference.

Early Tuesday, Walmart (WMT) should see a 9% EPS slide to $1.32 despite a 5% sales gain for the October quarter. Early Wednesday, Target (TGT) is likely to disclose a 29% EPS drop to $2.16 on a 3% revenue gain for the preholiday quarter. The big box retailers have had to resort to big markdowns to move products off shelves. Their inventory management failed to anticipate the consumer cutback in spending this year due to the rapid rise in inflation. Same-store sales are seen growing 2% at Target in Q3 vs. 12.7% a year ago.

Analysts will closely monitor results for home improvement companies this week with a potential housing recession on the horizon as home prices are expected to plunge in the coming months. For its Tuesday report, Home Depot (HD) Q3 earnings are expected to grow 5% to $4.12 per share on 3% revenue growth to $37.94 billion. That would mark 10 consecutive quarters of earnings growth. Lowe’s (LOW) earnings are seen jumping 13% to $3.09 per share while revenue edges up 1% to $23.14 billion. Lowe’s Relative Strength Rating hit a new high ahead of its earnings report Wednesday. Mixed signals across the housing spectrum put the demand outlook for home improvers into question, MKM Partners analyst David Bellinger wrote in a research note earlier this week. But Q3 comparable store sales are likely to have held firm.

Freedom Holding (FRHC) stock broke out from its cup base on Friday ahead of its earnings report next week, but shares retreated below the buy point of 61.09.

Consolidated Water‘s (CWCO) Q3 report, due Tuesday morning, is expected to show EPS doubling to 18 cents on a 47% rise in revenue to $24.1 million. Shares of the small-cap operator of water supply and treatment plants are close to a buy point on the strength of recent contract wins.

Nvidia (NVDA) will post its fiscal third-quarter results late Wednesday. Analysts expect the graphics-chip maker to earn 71 cents a share on sales of $5.81 billion in the quarter ended Oct. 30. That would translate to year-over-year declines of 39% in earnings and 18% in sales amid a downturn in demand for gaming chips.

EZCorp (EZPW) is trading in a buy zone for its cup base after surpassing its buy point of 9.72 last week. For its fourth quarter results Wednesday, analysts expect earnings to slide 18% to 9 cents per share while revenue climbs 8.7% to $209.1 million.

Applied Materials (AMAT) will release its fiscal fourth quarter results late Thursday. Wall Street predicts the semiconductor equipment maker will earn $1.75 a share, down 10% year over year, on sales of $6.45 billion, up 5%.

China e-commerce giant Alibaba (BABA) reports quarterly results Thursday morning. The consensus is $1.62 per share, down 8%, on revenue of $28.2 billion, down 10%. Alibaba stock is near its lowest level in seven years, due to factors that include Covid shutdowns and legislative actions.

Late Thursday, Ross Stores (ROST) is seen delivering a 26% EPS decline to 81 cents as revenue falls 5%. ROST stock is forming a base.

Early Thursday, BJ’s Wholesale (BJ) is likely to see a 9% EPS drop to 83 cents despite a 9% sales gain. BJ’s stock is in buy range from a breakout past a cup-with-handle 78.93 buy point.

Helmerich & Payne (HP) reports fourth-quarter earnings before the stock market opens Thursday. Wall Street forecasts earnings of 47 cents per share, up from a 62 cent per-share loss a year ago for the oil and gas driller. Analysts view sales gaining 74%, to 600 million.

MarketSmith: Research, Charts, Data And Coaching All In One Place

How To Research Growth Stocks: Why This IBD Tool Simplifies The Search For Top Stocks

Bed Bath & Beyond (BBBY) Outpaces Stock Market Gains: What You Should Know

GOP control can help economy, behind NY's red wave and other commentary