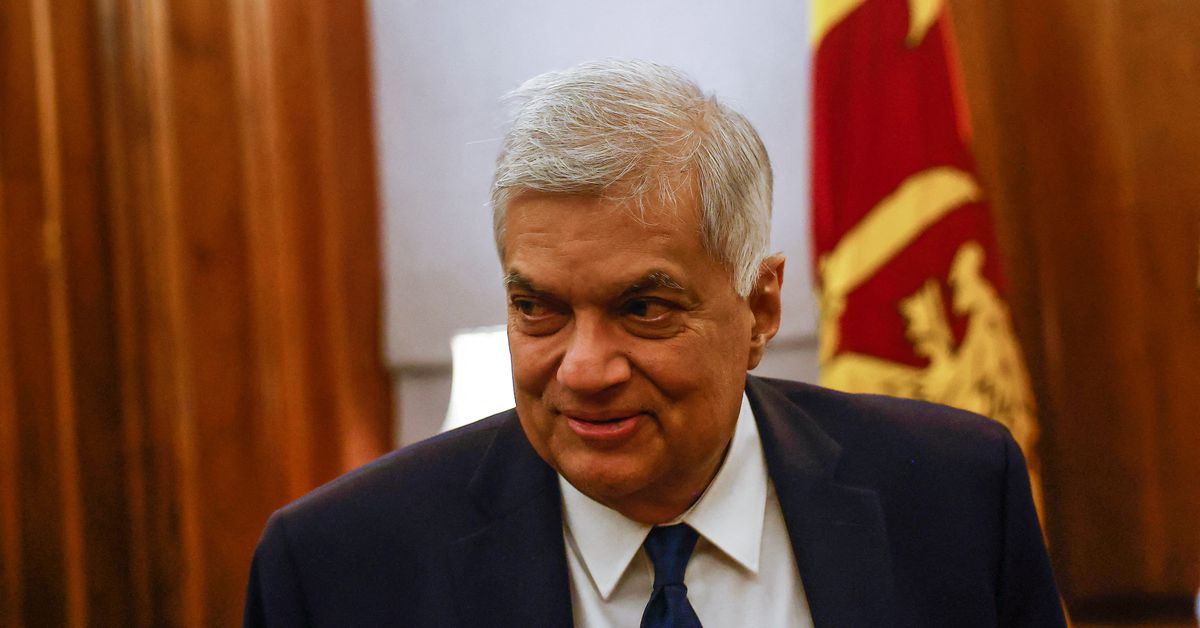 COLOMBO, Nov 14 (Reuters) – Sri Lanka unveils a budget on Monday attempting to put the South Asian government’s finances in order, with reforms to advance a $2.9 global billion bailout from the island’s worst financial crisis since independence in 1948.

President Ranil Wickremesinghe’s first full-year budget to parliament will include measures aimed at helping Sri Lanka restructure its debt, increase revenues and trim spending as it works on the bailout with the International Monetary Fund, analysts say.

“This is a budget that is being presented at a time Sri Lanka is facing an unprecedented crisis,” said State Minister for Finance Ranjith Siyambalapitiya.

“More than 70% of families are asking the government for support and the economy is estimated to shrink 8.3% this year,” he said in a statement. “This budget will present a political and economic way forward for the country.”

The nation of 22 million people plunged into crisis this year as a loss of tourism revenue from the COVID-19 pandemic compounded tax cuts and years of economic mismanagement, leading to a severe dollar drought.

Unable to pay for critical imports, Sri Lanka struggled to buy essentials such as fuel, and the public faced soaring inflation, a rapidly depreciating currency and sharply shrinking growth.

The government has proposed increasing the personal and corporate income tax rate to 30% from 24% and possibly changing tax brackets to boost revenue, despite criticism from companies and opposition parties.

Spending cuts will likely to be tricky, given Sri Lanka’s large public workforce and high debt.

5 things not to buy on Black Friday: ‘The economy is probably doing better than it feels right now’

As the economy shifts, what’s the best software customer? • TechCrunch