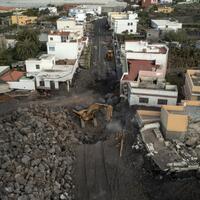 Spain’s economy grew by 5.0 percent in 2021, showing a remarkable bounceback from a year earlier but below the government’s target, an initial estimate by the National Statistics Institute (INE) showed on Jan. 28.

The government had expected gross domestic product (GDP) to rise by 6.5 percent in 2021 after a year in which it contracted by nearly 11 percent in one of the worst results of the eurozone. Such a forecast was considered unrealistic by economists.

However the INE estimate outdid the expectations of the Bank of Spain and the OECD, which were both estimating growth of 4.5 percent.

And it also exceeded the expectations of the International Monetary Fund (IMF) which had expected the economy to grow by 4.6 percent.

The INE figures showed the economy grew by 2.0 percent in the last quarter, largely resisting the emergence of the Omicron variant and supply problems that affected production.

It had reached 2.6 percent in the previous quarter.

Fourth-quarter growth was also achieved despite sluggish consumption, which fell by 1.2 percent.

In recent months, Spanish household spending has suffered from soaring inflation, which reached a 30-year high of 6.5 percent in December due to surging energy prices.

According to Funcas think tank, inflation is expected to slow slightly in 2022 but remain at a high of around 3.5 percent, while growth should accelerate to 5.6 percent, allowing for the losses of 2020 to be finally reversed.

The Spanish government, which is predicting growth levels of 7.0 percent this year, well above the expectations of the main economic bodies.

It had initially pledged a return to pre-pandemic growth by the end of 2021.

But this is unlikely to happen until early 2023, according to the European Commission.

Despite growth being lower than his government’s forecasts, Socialist Prime Minister Pedro Sanchez said in he was “satisfied with the smooth running of the economy”.

He added in a statement that the 140 billion euros in European Union pandmemic recovery funds which Spain will receive by 2026 are “a historic opportunity to reindustrialize, modernize and advance.”

Let’s Go To The Cosplay Event!

Let's Go To The Cosplay Event!

One Bullish Factor Could Drive 16% Upside

Opinion | Concerned About the Economy? Then Vote for Candidates Who Support Abortion Rights