‘Significant’ risk of the US economy shrinking this quarter, BofA warns 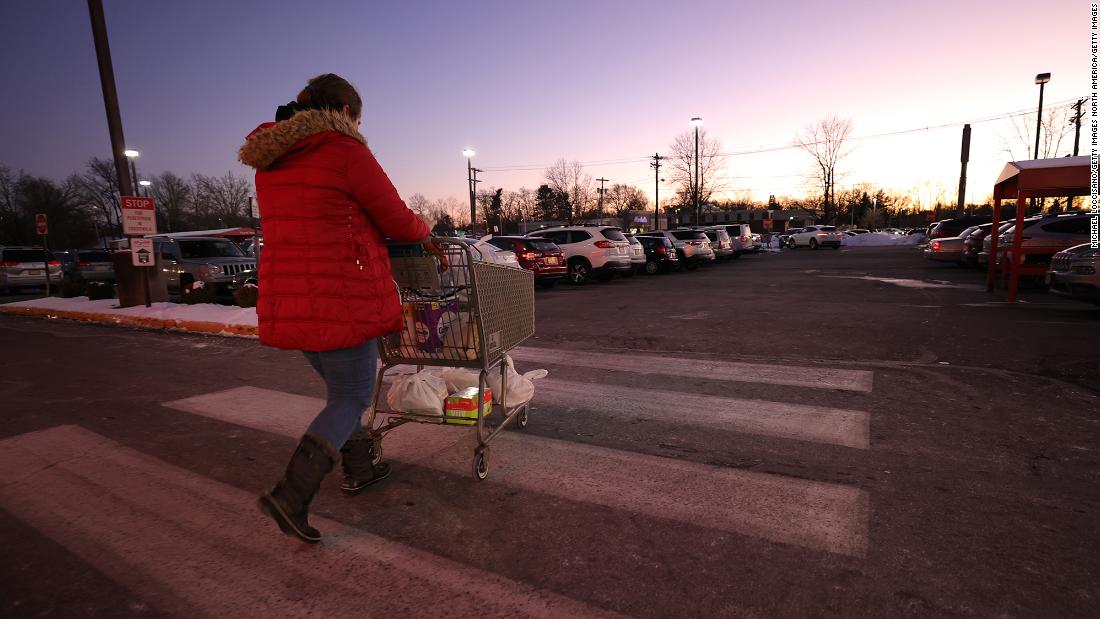 ShareShareShareShareShare
Economists at Bank of America (BAC) said in a report to clients they now expect US gross domestic product to increase at an annual rate of just 1% during the first three months of this year.

That’s a sharp downgrade from the bank’s prior call for 4% growth in the quarter. And yet it could prove to be optimistic.

“Risks of a negative growth quarter are significant, in our view,” Bank of America economists warned clients in the report.

That would break a streak of six consecutive quarters of growth that began in the summer of 2020.

The Atlanta Federal Reserve’s GDPNow forecasting model, released on Friday, is calling for 0.1% growth in the first quarter. That would be a rapid slowdown from the 6.9% annual rate of growth during the final quarter of 2021.

For the year as a whole, Bank of America now sees GDP growth of 3.6%, down from its prior expectation of 4%.

Bank of America pointed to the “shock” caused by Omicron, along with the expected path of inventories and the outlook for fiscal spending, which is set to slow sharply.

The bank is now expecting a fiscal package to be just half the size of the Build Back Better Act.

“Given the deadlock between moderate and progressive Democrats, the risk is that nothing gets passed,” Bank of America economists said. “We think that the retirement of Justice Breyer increases this risk because appointing his replacement will be a policy priority for Democrats, eating into the limited time they have before the midterm election.”

Bank of America said failure to pass anything would cause “modest downside risk” to economic growth during the final three quarters of the year.

VRJAM Reveals New Project Supported By Epic Games Ahead Of…

Why the U.S. Midterm Election Does Not Matter to the Stock Market