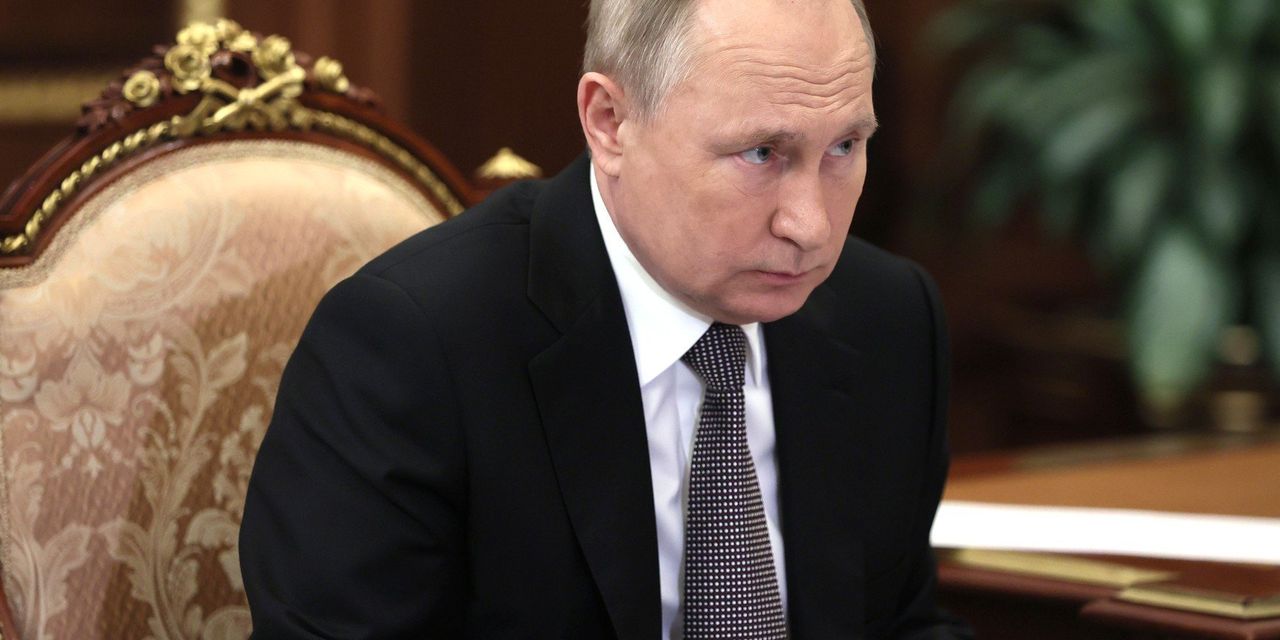 After the West pummeled Russia with sanctions for annexing Crimea from Ukraine in 2014, President Vladimir Putin embarked on what analysts have dubbed a Fortress Russia strategy, padding the country’s foreign reserves, buying gold and pivoting some exports to China.

Now, a raft of harder-hitting measures in case of a renewed incursion into Ukraine could test this approach and experts say they could cause broad economic pain, despite Mr. Putin’s efforts to cushion the blow.

The U.S. on Tuesday said it is prepared to impose sanctions and export controls on critical sectors of the Russian economy. Senior administration officials said the U.S. could ban the export to Russia of various products that use microelectronics based on U.S. equipment, software or technology, similar to the U.S. pressure campaign on Chinese telecom giant Huawei Technologies Co. U.S. officials have previously said that measures under consideration also include cutting off Russian banks’ access to the dollar and possible sanctions on Russian energy exports.

“It’s unpleasant, of course, but it can be solved by the financial institutions” in Russia, Finance Minister Anton Siluanov said this month about the prospects of more sanctions, insisting that Russia was prepared. “I think they will cope in case of such risks.”

To an extent, Russia has weaned itself off the dollar and reduced the share of its debt held by foreign investors. The government has run a conservative fiscal policy and kept its government debt under 20% of GDP, compared with 133% in the U.S., according to IMF data.

Russia has also amassed a significant financial buffer, with international reserves, including gold holdings and foreign currency, reaching an all-time high of $630 billion in December, one of the world’s biggest, according to central bank data.

In an early retaliatory move against Western sanctions, Moscow in 2014 barred most Western food imports such as fruits, vegetables, meat and dairy products, including French cheeses that had become a staple product among the middle class. The import substitution drive later expanded to other industries, including medicine and technology, stimulating domestic production.

Meanwhile, economic cooperation with China has increased. In 2019, Russia opened a major gas pipeline to China and trade between the two countries has grown to over $100 billion a year.

“Putin has been preparing for this moment since 2014,” Timothy Ash, senior emerging-market sovereign strategist at BlueBay Asset Management, wrote in a note Tuesday.

One sector Moscow hasn’t been able to sanction-proof is technology. The global chip industry is largely dominated by companies from the U.S. and its allies in Europe, Taiwan and South Korea. Russia has only a few, mostly outdated semiconductor factories and is dependent on parts and patents from Western companies.

The export controls of microelectronics under consideration by the U.S. would be implemented through a powerful policy tool known as the Foreign Direct Product Rule, which the Trump administration used to cripple China’s Huawei. European officials have said they would also apply export bans, including on high-tech goods, although discussions continue about how wide-ranging they would be.

Such export restrictions would limit Russia’s ability to buy machine tools, smartphones and other consumer electronics, analysts say. They would exact an economic toll and hurt efforts to modernize the Russian economy.

Even when it has had more success in other sectors, sanctions-proofing has come at a cost.

The rigid fiscal policy crimped growth and investment while the government has given priority to supporting state-owned enterprises. As a result, Russia’s GDP has grown slower than the world average since 2014. Russians are also poorer than before the Crimean annexation: by the end of 2020, real incomes had fallen by 9.3% from their 2013 level.

Past sanctions have also hurt. The International Monetary Fund estimates they have shaved off 0.2 percentage point from Russian growth a year between 2014 and 2018.

While down from 80%, the share of the dollar in exports of goods and services is currently at 56%, ING Bank estimates. The private sector is even more exposed and the dollar still dominates the local foreign-exchange market.

“Russia came prepared this time,” said Maria Shagina, a visiting fellow at the Finnish Institute of International Affairs. “But this doesn’t mean that the effect of sanctions won’t reverberate through the whole system.”

Brian O’Toole, a former Treasury official and an expert on sanctions at the Atlantic Council think tank, said the latest round of sanctions, if adopted, “would cause huge economic dislocation, with massive economic consequences… There will be an immediate economic impact.”

Russian assets tumbled this week as investors weighed the sanctions threat. The ruble and local stock markets have sunk to their lowest levels in months while Russia’s credit default swaps, a measure of financial risk, rose to their highest since the beginning of the pandemic. Strategists at JPMorgan on Tuesday recommended that investors close their long ruble positions due to the “prohibitively high” geopolitical uncertainty.

Economic pain could further dent Mr. Putin’s approval rating, which dropped to 65% in December from close to 90% in 2015, according to the independent Russian pollster Levada Center.

Among the hardest-hitting options—and one Western negotiators say isn’t currently on the table—the Biden administration has in the past weighed disconnecting Moscow from the SWIFT international banking system, which is used by more than 11,000 financial institutions in over 200 countries, and preventing Russian financial institutions from using the U.S. dollar.

In the event of a SWIFT disconnection, Russia could turn to the central bank’s alternative System for Transfer of Financial Messages. But while almost every Russian bank has joined the network, it accounted for only 20% of financial transactions in 2020, the central bank said last year. It is also unpopular abroad: only one Chinese lender has joined.

Meanwhile, if the Biden administration cuts off Russian banks’ access to the dollar, that would disrupt the country’s links to the rest of the world and lead to a steep contraction of GDP, said Janis Kluge, expert on Eastern Europe at the German Institute for International and Security Affairs. Most of global trade, including oil and gas sales, is settled in dollars. Side effects would include capital flight, a ruble crash and high inflation, he said.

On the banking front,

a Moscow-based economist at ING Bank, estimates that nine of the 12 financial institutions listed in a sanctions bill sponsored by Senate Foreign Relations Committee Chairman

(D., N.J) account for over 40% of the local interbank market and up to 80% of the corporate lending and funding. If those banks are sanctioned, “it would be a very painful measure,” he said.

Restrictions on Russian energy companies would hit directly at the heart of the country’s economy, where the oil-and-gas sector contributes as much as one-fifth of GDP. With some companies, including oil major PJSC Rosneft, already under sanctions, the U.S. could further restrict their financing or go after their subsidiaries overseas, analysts said. Mining and metals companies could also face financing cuts.

Euro drifting ahead of FOMC meeting

What the Big Tech layoffs mean for the economy

Flasko (FLSK) Is Expected To Surpass Binance Coin (BNB) And…