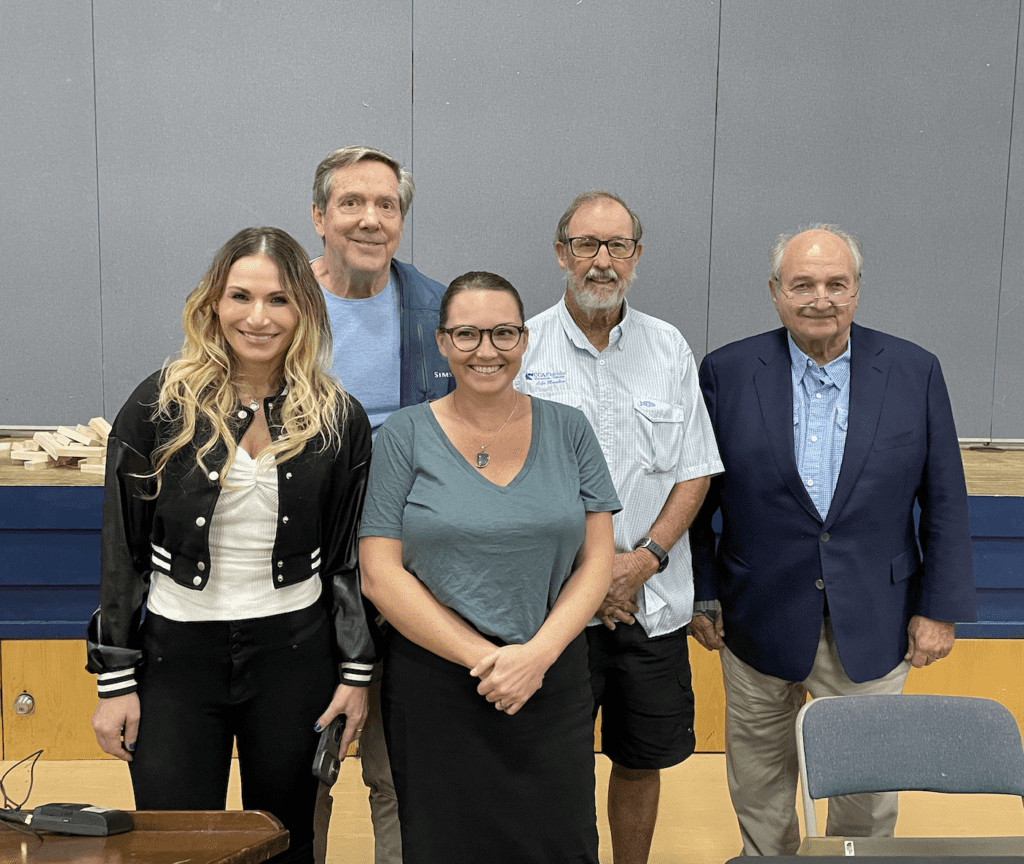 After establishing the importance of the blocks to the quality and economy of our coastal life, she introduced Maya Burke, assistant director of the Tampa Bay Estuary Program. Growing up on Tampa Bay in the 1980s, Burke related how she experienced the successes that had restored water quality in the bay, how it inspired her to go into science and how she now sees us backsliding from those successes. She then removed two blocks that underpinned the integrity of our water world.

The next speaker was Bob Carter, an Island philanthropist, member of the Holmes Beach Clean Water Ad-Hoc Committee and a board member at Mote Marine who explained how we in this country are lucky because ours is a “first world problem,” meaning we have the resources to solve the problem. He stated that the problem was not resources but the lack of political will that has prevented major actions. Carter then removed two more blocks representing that failure to aggressively address the problems.

The final two speakers need no introduction to Island residents. Capt. Scott Moore and restaurateur Ed Chiles are two passionate, long-time advocates for fisheries, water quality and habitat. Each one spoke eloquently about their experiences growing up in the area and their commitment to preserving the thing they love for family and future generations. You can check out Moore’s interview, “Our Waters,” in the recently released PBS series on climate change, “Public Square,” and Chiles’ efforts on behalf of the environment and commercial clam farmers at All Clams on Deck. Moore removed the blocks that finally toppled the tower. Everyone on the panel then agreed to work to prevent that unimaginable tragedy from happening.

The number of participants in the audience was affected by the looming specter of Hurricane Nicole but the public in attendance took advantage of a question-and-answer period after the talk to learn how they can contribute.

You can check out The Center’s many programs and educational opportunities for all ages online.

GDP data, Gujrat elections: What to expect from the stock market this week