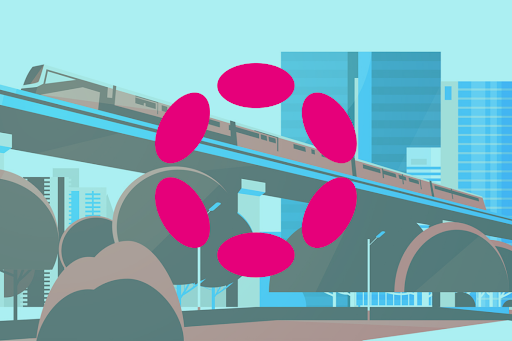 The Polkadot ecosystem will undergo significant growth and evolution over the coming years. A newly launched Pioneers Prize incentive aims to bring more challenges for developers to solve through technical innovation to the Polkadot network. Through this bounty proposal, which was approved by the community, the team aims to attract new talent for years to come.

A recent proposal on the Polkassembly website aims to bring more developer talent to Polkadot. The proposal features a new incentive prize program, dubbed the Polkadot Pioneers Prize. Through this initiative, teams of developers need to solve a series of challenges to foster technical innovation on the network. Challenge winners will receive a DOT reward, with the total prize funds for the first two challenges adding up to 993286.98 DOT, or $18 million at the time of writing.

The first two challenges cover exciting categories such as zero-knowledge research and Polkadot infrastructure improvements. The first challenge can lead to some privacy-oriented solutions for the ecosystem, whereas infrastructure improvements can take Polkadot’s technology to the next level. As parachains become an integral part of this ecosystem over the coming years, optimizing the existing rails and enabling future-proof upgrades will prove crucial.

The Polkadot Pioneers Prize will use a “child bounties” structure. More details on this approach will be announced in Q2 and Q3 2022. Child bounties will make it easier to earmark funding and announce DOT prize-related programs in advance. Moreover, they enable the elected curator to divide bounty payouts within prize categories, among other things.

All of the prize funding occurs through Polkadot’s on-chain treasury. That is a core aspect of what makes Polkadot different from other ecosystems, and the network’s token holders manage it through on-chain governance. Polkadot’s treasury holds over 20 million DOT tokens which can be used to fund projects in the future. The Polkadot Pioneers Prize is one example of how such funding competitions may look in the future.

The proposal for the Polkadot Pioneers Prize aims to address the issue of how the on-chain treasury is underutilized. Even though it holds significant amounts of funds, there appear to be few active and ambitious ideas. Moreover, a prize program often brings out bolder ideas, pushing the ecosystem forward. Zero-knowledge proofs and infrastructure are two exciting segments to explore, especially as the focus on Web3 increases.

The $18 million prize pool will be split as follows:

It is crucial to note neither the Web3 Foundation or Parity Technologies will receive funds. Instead, the Polkadot Pioneers Prize is designed to support and incentivize the community.

The new Polkadot Pioneers Prize showcases the potential of decentralized initiatives to enhance the appeal of this ecosystem and its possibilities. Attracting more developer talent can push Polkadot to new heights. Moreover, the network has the lowest carbon footprint, per a recent study by the Carbon Ratings Institute.

To build sustainable blockchain-based solutions, products, and services, a low carbon footprint is crucial. Polkadot has the lowest electricity consumption and total carbon emissions among the six prominent proof-of-stake blockchains studied in the report. Another sign of why building on this technology stack and initiatives like the Pioneers Prize are essential to the future of Web3 development.

Futures little-changed ahead of Thanksgiving holiday

With the global economy on the rocks, quiet quitting is no longer a thing | Arwa Mahdawi