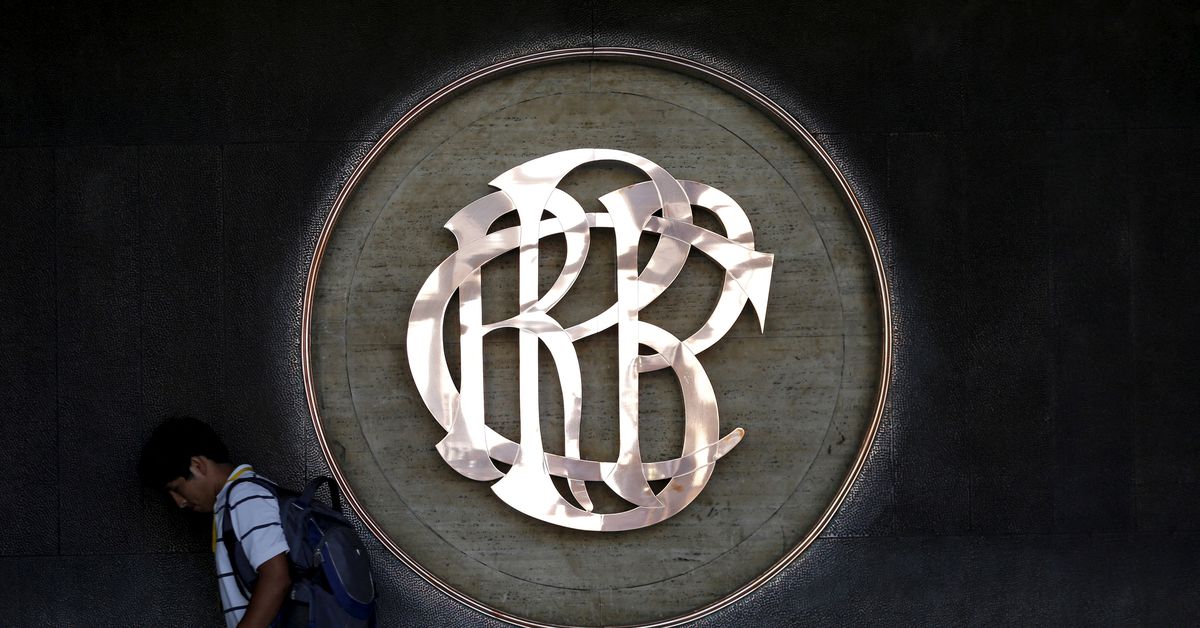 A man walks pasts the logo of the Central Reserve Bank of Peru’s (BCRP) inside a building in downtown Lima, April 7, 2015. REUTERS/Mariana Bazo

LIMA, Feb 11 (Reuters) – Peru’s economy is expected to have stayed above pre-pandemic levels in December and January, due to the recovery of internal demand and a record in exports, despite lower mining output after recurring social conflicts, the central bank said Friday.

“The economy is recovering, the output gap is closing, but it would still be below its potential,” Adrián Armas, manager of economic studies at the Central Bank, told a news

Business expectations about the local economy remain pessimistic, however, amid political uncertainty triggered by the administration of leftist President Pedro Castillo, who just named his fourth Cabinet in six months in office.

Armas said there was the possibility of a deterioration in political stability, but that “the bank, as it has already done, has a high response capacity to deal with this situation.”

The bank also expects that Peruvian inflation, which registered its highest annual rate in 13 years last year, will begin to slow down from July and fall to within the target range of between 1% and 3% in the fourth quarter of 2022, Armas said.

The official added that there was a recovery in the services sector, electricity production, exports of agricultural products, and formal employment growth.

Peru’s exports are expected to reach 63 billion dollars in 2021, largely due to higher metal prices, representing 28.1% of the gross domestic product, “a historical record,” Armas said.

“The external environment continues to be highly favorable for the Peruvian economy,” he added.

Peru is the world’s second largest producer of copper. Some large mines in the country have been facing conflicts with local communities and in some cases have slowed down production.

Peru has also vaccinated over 80% of its population, which has strengthened the economy.

“People are starting to go out with more confidence,” Armas said.

The 10 Biggest Tech Companies in the World | Stock Market News

PolitiFact VA: Youngkin not far off on economic growth claim

PolitiFact VA: Youngkin not far off on economic growth claim

Japan’s economy shrinks for first time in a year