Opinion: Biden borrows too much, while America’s economy hollows out 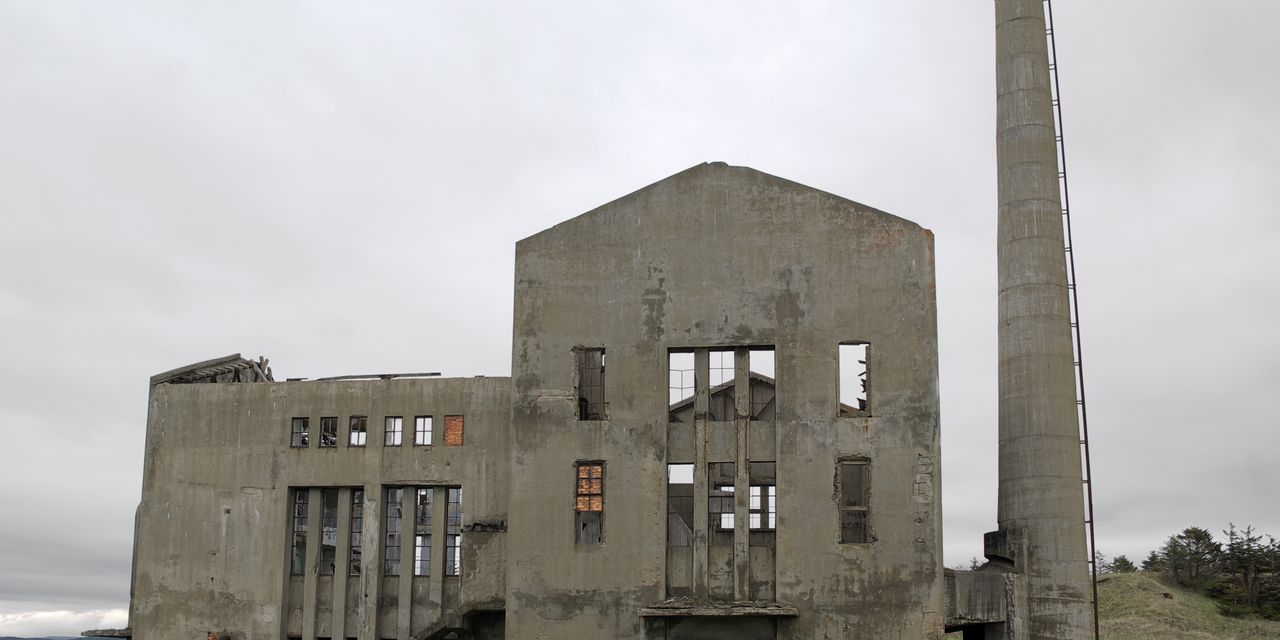 It’s easy to be distracted by Russia’s provocations in Ukraine and the Federal Reserve’s new war on inflation but as the economy recovers from the delta and omicron variants, difficult post-pandemic challenges await the Biden administration.

The new normal will feature hybrid work for many white-collar workers, lowering demand for office space. This will create opportunities for significant conversions to apartments, condos and more residential downtowns—and the challenge of defining a wholesale redevelopment for the core of many of the nation’s largest cities.

Bottlenecks plaguing importers will not end quickly and could prove endemic.

Chip shortages will persist. Imported furniture and domestically produced cars will remain scarce and supply-side pressures on inflation persistent no matter what the Fed does short of throwing the economy into recession.

It’s not all the container ships backed up at Long Beach harbor.

School lunch programs are coping with shortages of staples from soups to pizza because as consumers shifted meals at restaurants and to shopping more at grocery stores, food companies were unable to adjust product configurations smoothly.

Empty spaces at grocery stores abound too and most of the items in short supply are not imported. To maximize availability, producers cut variety. For example, Campbell has told school food services it was cutting out several sizes of thermal canned soup.

Longer term, American industry faces an existential crisis—Japan, Taiwan, India, the EU, South Korea and China are pouring billions into the semiconductor industry. All recognize that manufacturing is the mainspring of innovation.

For example, the electric car is a mechanically simpler device than automobiles powered by internal combustion engines. A big battery atop of two electric motors has fewer components than an ICE and transmission. But it is an engineering marvel to produce the batteries and incredible software that manages the power supplies and distributes the horsepower and torque to four wheels.

For decades, American, Japanese and European auto makers have been several steps ahead of Chinese competitors in ignition systems, crank shafts and the like.

Bosch, the world’s largest automotive supplier and renowned for its ICE ignition systems, won’t be making EV batteries. Instead, it will cooperate with CATL, which is building a massive factory in Germany.

relies on its joint venture with Korea’s LG
003550,
,
but together they appear puzzled to produce an EV that won’t catch fire parked in your driveway.

is exporting cars with Chinese-made batteries to Europe, a dozen indigenous Chinese auto makers are testing the European market, and China is building capacity that could flood our market as well.

The royalties and profits that fund new product development, university research and mechanical and software engineering jobs will flow to whichever country wins out in assembling vehicles and manufacturing critical components. Batteries account for about 40% of EV value.

Already, the United Autoworkers is shorting U.S. auto making by wagering its organizing budget on university workers and graduate teaching assistants. Those now account for one-quarter, or 100,000, of the union’s membership.

Biden’s most important industrial-policy initiative, the $250 billion U.S. Innovation and Competition Act, passed the Senate but goes slow in the House, because the president, Speaker Nancy Pelosi, and progressives have had other priorities.

They put too much energy into a seemingly failed expansion of the entitlements state—refundable child tax credit, subsidized pre-K and child care, paid family leave, and enhanced Medicare subsidies.

All that is an extension of how the president appears to think about the economy. A great big pie whose size he can take for granted, but it’s not so big as he thinks.

The Biden prosperity is based on huge federal deficits, foreign borrowing and the Federal Reserve recklessly printing money to purchase many of the new bonds
TMUBMUSD10Y,

The upshot is a debased dollar
BUXX,

—inflation running at historic levels and consumers expecting a lot more of it—and a U.S. trade deficit careening toward records.

It’s a bit like the graduate school scam of students borrowing hundreds of thousands of dollars for worthless degrees.

Biden borrows too much, while the American economy hollows out.

Peter Morici is an economist and emeritus business professor at the University of Maryland, and a national columnist.

Republicans need an economic agenda for the midterm elections

Stocks still look attractive even with the Fed tightening

As the economy worsens, are luxury products still a safe investment?

‘Inflation may have peaked’ as economy slumps: Fannie Mae