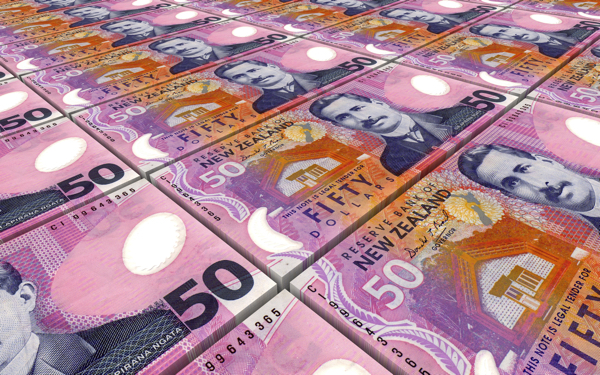 The New Zealand dollar is in negative territory on Thursday, after posting five straight losing sessions. In the Asian session, NZD/USD fell below the 0.66 line for the first time since November 2nd and is down 0.40% on the day.

New Zealand consumer inflation surged to 5.9% in Q4, up from 4.9% in the third quarter. We’ve seen inflation jump to 30 and 40-year highs in the US and the UK, respectively, and now it’s New Zealand’s turn, as inflation is at its highest level since June 1990. Economists had expected a reading of around 6%, with the RBNZ forecasting a 5.7% rise. Much of the sharp jump in CPI can be attributed to higher gasoline prices, as well as supply chain disruptions which have led to shortages in supermarkets and elsewhere.

RBNZ policy makers will undoubtedly be concerned that CPI overshot the bank’s forecast, and the surge in inflation will put additional pressure on the bank to continue raising rates. The RBNZ raised rates by a quarter-point to 0.75% in November and the markets have priced in about 1.5% in rate hikes in 2022, with a hike expected at the bank’s policy meeting next month.

In the US, Federal Reserve Chair Powell had a hawkish message for the markets, more in what he didn’t say than what he actually said. Powell did not rule out raising rates at every meeting and was careful not to make any commitments on the course of rate increases, although a March lift-off seems a done deal. The Fed was also vague about a date for reducing the balance sheet, with the FOMC statement stating that the Fed “expects that reducing the size of the Fed’s balance sheet will commence after the process of increasing the target range for the federal funds rate has begun.”

The baseline assumption is that the Fed will implement four rate hikes of 0.25% each in 2022. The risk of further hikes is tilted to the upside, primarily because of surging inflation, which hit 7% in December and shows no signs of easing.

Powell’s hawkish performance gave a broad boost to the US dollar, with NZD/USD falling by 0.35% on Wednesday. The kiwi has taken a tumble, falling 1.30% this week, after a similar drop last week.

Husband Murders Paralyzed Wife To End Her Suffering, Throws Her Into Water-Filled Cellar

Japan’s economy shrinks for first time in a year

The Stock Market Has Been Full of Drama in 2022, and It’s Masking Investing Opportunities