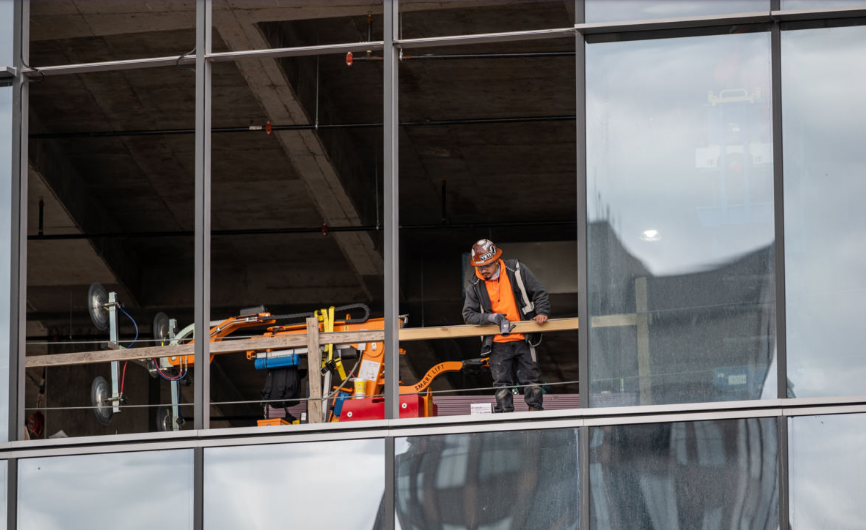 His newly released NCSU Index of North Carolina Leading Economic Indicators, based on hours worked and building permits, dropped over 1% in October and added to the decline that began in the spring. He told Carolina Journal that it is significant because the index is designed to show what will happen in the future.

“Since May, we’ve had a downward movement in the index, not as deep as we saw, for example, prior to the COVID-19 recession, but it could still decline,” said Walden. “So, what it is signaling is that the pace of economic growth in North Carolina will likely continue to slow.”

But, he adds, how “slow” will “slow” become? That’s the big question.

While not included in the report, the unemployment rate is another factor to consider while looking at the economy.

We had a very odd unemployment report for our labor force reports for October, and this is apart from the index,” Walden said. “The federal government puts out two independent labor market reports every month, one for every state, as well as the nation. For North Carolina in October, the survey of households showed that we did have a decline in households reporting that they had a job. On the other hand, the second survey, which is for businesses, showed that we had an increase in jobs that businesses have.”

The index shows a 7% increase in initial unemployment claims in October.

Walden said his interpretation of the contrary information is that fewer households hold more jobs, indicating that many more households have multiple jobs, which could be interpreted as a stressful point in the economy. Basic necessities like food and fuel for use in vehicles and heating homes in the winter months have risen significantly in the past two years.

He said if people are worried about maintaining their current standard of living, they may put off buying things like furniture or a new car unless it is an absolute necessity.

A closer look into the index shows there was no change in building permits for the prior month, but they are down more than 15% from a year ago. Hours worked were down slightly from a month ago at 0.5%.

Walden said while the downward direction does not necessarily mean a recession for North Carolina, it is something to keep an eye on.

“We could be going to a place where we have growth but at a slower pace,” he said. “So, this does not necessarily mean recession, but the longer it goes on, the more likely that we will have a recession. We’re nowhere near the big decline we had prior to the COVID-19 recession, and we’re not yet in the territory that we had prior to the subprime recession of 2008-2010.”

Events in China might also have a ripple effect across the U.S. and North Carolina as COVID-19 outbreaks are surging as they did at the beginning of the pandemic. Draconian lockdowns are also being protested and are being compared to the 1989 Tiananmen Square protests.

Walden said the situation would most likely affect the country’s production situation, which could have huge impacts on the U.S.

“The big problem in China is they are the manufacturing center of the world,” he said. “The fact that China is having a renewed problem with production, given outbreaks of COVID there and how they’re dealing with it, that’s not good for the fight against inflation. We’ve actually seen some very good improvements in the supply chain for most of this year, but now we’re backtracking some, so that’s not good, and it’ll be interesting to see how the Federal Reserve deals with that.”

Walden said there had been some modest improvements with inflation since the Federal Reserve raised rates, but it is still high at over 7%, but nowhere near levels of the 1970s and early 1980s at 13%. He thinks the Fed will likely continue to raise interest rates but at a slower pace, and it will be interesting to see if that slight policy change is impacted by what’s happening in China.

Toncoin (TON) and Orbeon Protocol (ORBN) May Trigger a Bull…

Most Employees Are Experiencing Negative Effects From the Current Economy, Franklin Templeton’s Voice of the American Worker Study Finds

2 of the Cheapest Stocks I Own