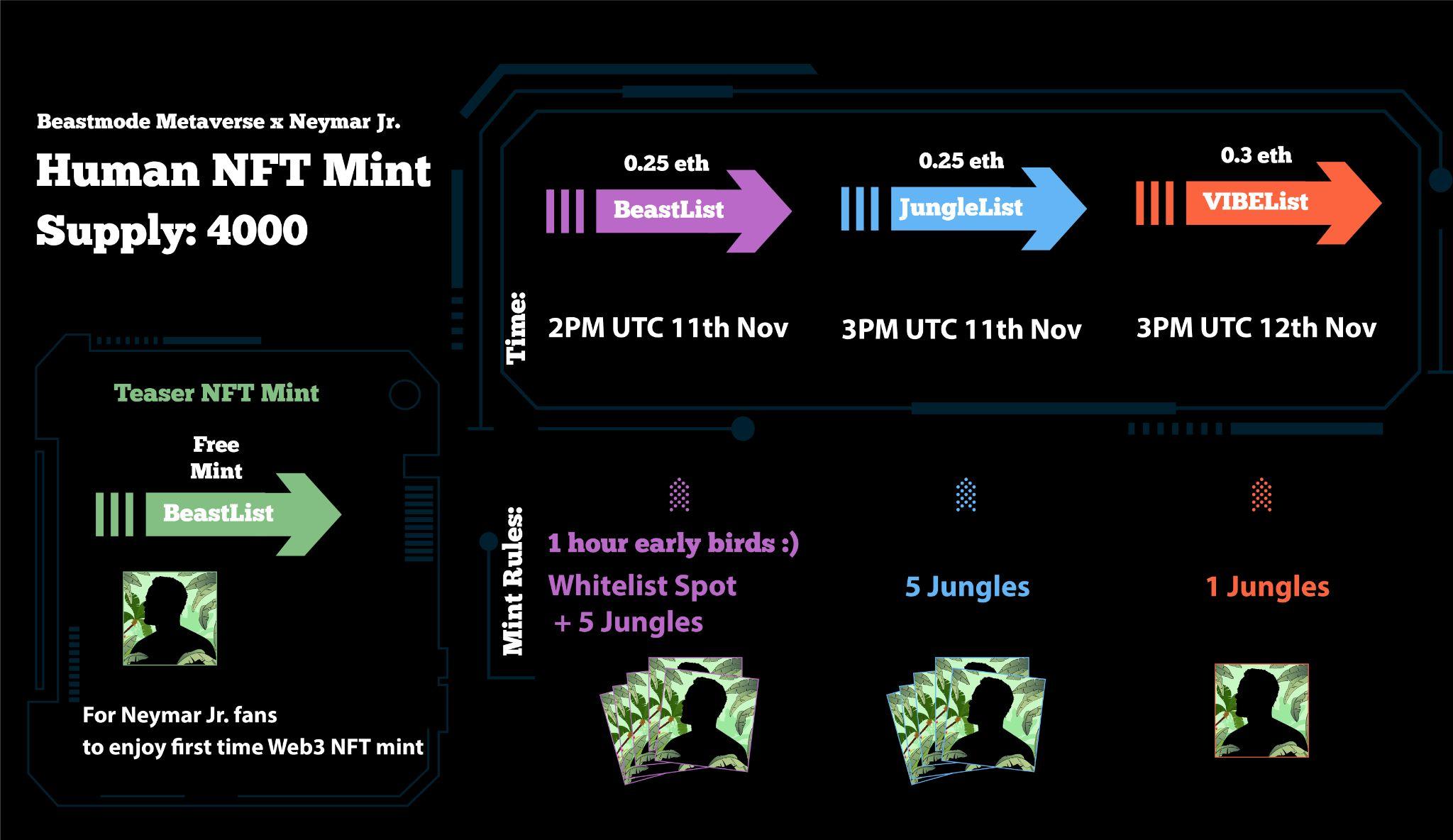 The9 Limited (Nasdaq: NCTY) (“The9”), an established internet company, has newly announced that its NFT community NFTSTAR is releasing the next drop of exclusive NFTs in collaboration with professional Brazilian international footballer Neymar da Silva Santos Júnior.

The collaboration so far has been a huge success, with the first drop of Beastmode Metaverse, named ‘JungleVIBES’, hitting over 60,000 freemints worldwide and reaching a large portion of Neymar Jr.’s constantly growing fanbase.

Following the new drop, Neymar Jr. will join an NFT-Launch live stream on his official Facebook page, elaborating the new NFT Episode 01 and announcing the Beastmode Football Festival event winners at the official minting time on 11th November. Each NFT collectible has a record on the blockchain, and the users will obtain the ownership of the unique NFT collectible through purchase on NFTSTAR platform, or through trading on secondary markets.

During the livestream and official minting time, Neymar Jr. will tease some information and lore of Episode 02 that has not been revealed yet – an event his biggest fans and NFT collectors alike will not want to miss. Go Beastmode and join the movement!

The9 Limited (The9) is an Internet company listed on Nasdaq in 2004. The9 aims to become a global diversified high-tech Internet company, and is engaged in blockchain business including the operation of cryptocurrency mining and a Non-Fungible Token platform NFTSTAR.

Pakistan Asks For Climate Reparations In Response To ‘Apocalyptic’ Floods

Is the US in a Recession? The Latest on the Stock Market, Layoffs, Inflation and More