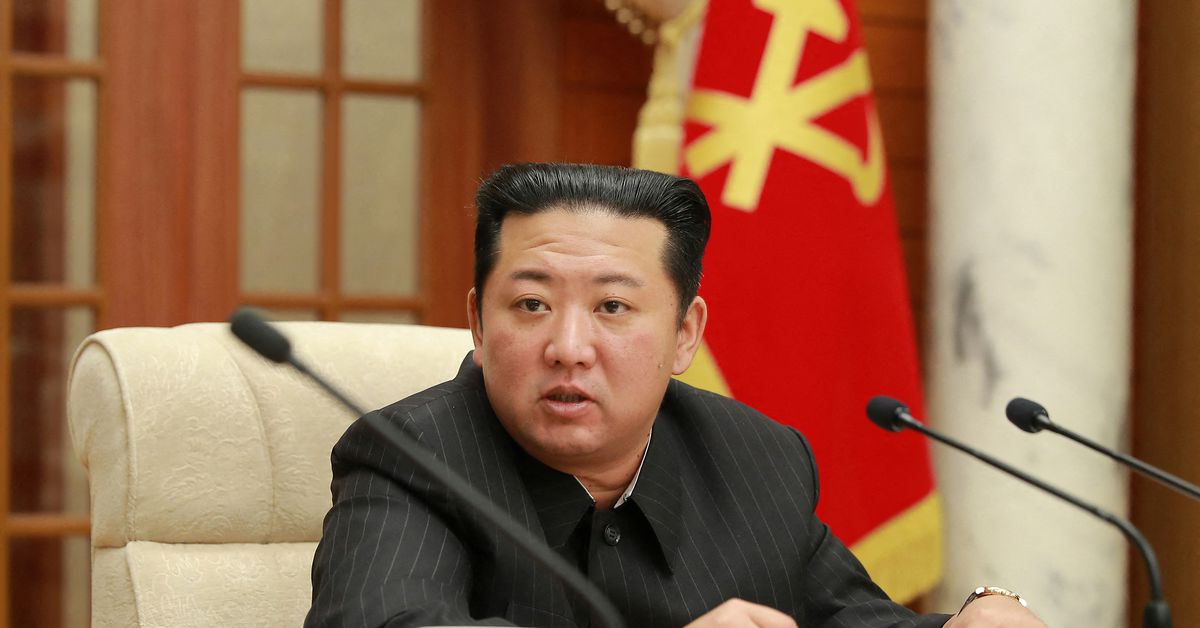 North Korean leader Kim Jong Un attends a meeting of the politburo of the ruling Workers’ Party in Pyongyang, North Korea, January 19, 2022 in this photo released by North Korea’s Korean Central News Agency (KCNA) January 20, 2022. KCNA via REUTERS ATTENTION EDITORS – THIS IMAGE WAS PROVIDED BY A THIRD PARTY. REUTERS IS UNABLE TO INDEPENDENTLY VERIFY THIS IMAGE. NO THIRD PARTY SALES. SOUTH KOREA OUT. NO COMMERCIAL OR EDITORIAL SALES IN SOUTH KOREA.

SEOUL, Feb 8 (Reuters) – North Korea’s parliament has pledged to develop the economy and improve people’s livelihoods despite the “difficult and complicated problems” faced last year from sanctions and the coronavirus pandemic, state media said on Tuesday.

Leader Kim Jong Un did not attend the meeting, which was led by Choe Ryong Hae, chairman of the SPA standing committee.

The parliament rarely meets and usually serves to approve decisions on budget, personnel and legal issues, as well as the tasks of the ruling Workers’ Party, whose members mostly form the assembly.

The gathering came as North Korea faces mounting economic woes amid sanctions over its weapons programmes and COVID-19 lockdowns which sharply cut trade with China, its major ally and economic lifeline.

In December, Kim lauded some success made in implementing a five-year economic plan he unveiled early last year, but warned of a “great life-and-death struggle” this year in achieving the goals of boosting the economy and people’s lives.

Kim Tok Hun, premier of the North’s cabinet overseeing the economy, said at the SPA meeting he aimed to consolidate the foundations for the five-year plan, with metal and chemical industries being key links, KCNA said.

“We are now faced with the heavy yet responsible task to lay a sure guarantee for implementing the five-year plan and make evident changes in developing the economy and improving the standard of people’s living.”

He also vowed to bolster efforts to restore trade, and ramp up food production to “normalise” food rations for the people.

“The agricultural sector … will increase the production of meat, egg and dairy goods and put efforts into the production of fruits, vegetables, mushrooms and oil-bearing crops so as to greatly contribute to the people’s diet,” Kim said.

North Korea has not confirmed any COVID-19 cases, but closed borders and imposed strict travel bans and other restrictions.

The U.N. special rapporteur on human rights in North Korea has said the country’s most vulnerable people risk starvation amid deepening isolation during the pandemic.