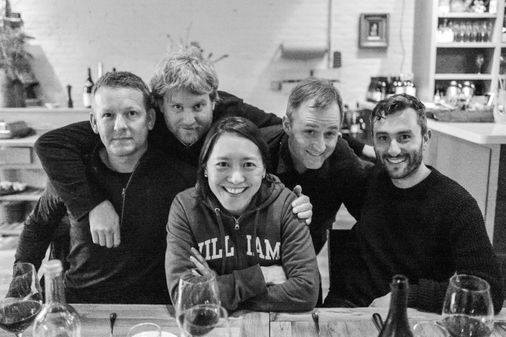 And once we all learned more about Hao — her experience as a Bain Capital operating partner, chief operating officer, and chief financial officer of online pharmacy PillPack, a trustee of Williams College, cofounder of private equity firm Cove Hill Partners, and director extraordinaire on the boards of Cargurus, Flywire, and Beth Israel Lahey Health — the next question became: “Why don’t I know Yvonne Hao?”

On Tuesday, Hao, 48, will be sworn in as the first person of color and only the second woman to oversee the state’s economic development. Long overdue, of course. Gloria Larson was the last woman in that post, 20 years ago, under Governor Bill Weld.

Boston Globe tech reporters tell the story of the region’s technology and innovation industry, highlighting key players, trends, and why they matter.

Here’s the intel on Hao: People describe her as one of the smartest people they know, one of the most empathetic people they’ve met, and someone with a range of skills across sectors that might make her the most qualified economic secretary we’ve had. She’s also got the connections to Western Massachusetts ― as an active alumna of Williams and owner of a second home in Williamstown ― that will go a long way toward driving the governor’s agenda to spread the wealth statewide.

If you’ve never heard of Hao, it’s because she’s kept her head down, fixing and helping organizations navigate through their thorniest issues. In other words, she doesn’t have time to hobnob at Boston College Chief Executives Club lunches.

“Her ratio of capability to ego is the most amazing ratio I’ve ever seen,” said Jeffrey Glass, who has known Hao for a decade, first when they were at Bain and now through her role as an informal adviser to his startup Hometap Equity Partners.

“She’s so talented and so accomplished, and her ego is so low,” he added. “She gets stuff done, and it’s not about her. It’s always about the organization or the people she’s helping, and when I read that she was selected for this, as just a citizen of the Commonwealth, I was elated.”

Hao arrives during precarious economic times: A recession looms, a millionaires tax passed by voters could threaten the state’s economic competitiveness, and the rise of remote work might make it hard to retain and attract talent to a high-cost state. Tack on an era of higher interest rates and inflation, and continued fallout from a global pandemic, it’s no wonder anxiety is running high among businesses, both big and small.

Healey met Hao while on the campaign trail last April at a meet-and-greet of tech and innovation leaders organized by Diane Hessan. Healey wanted to deepen the business community connections she had forged during her time as attorney general.

Hao impressed Healey, and when it came time to pick an economic secretary, Hao indicated interest, according to the Healey administration.

Hessan, who is CEO of Salient Ventures, met Hao a decade ago when she was still at Bain as an operating partner. In that role, Hao parachuted in to help increase the value of companies the Boston private equity firm has invested in, such as implementing a new strategy or leading a turnaround.

“The minute I walked into her office, I was absolutely blown away,” Hessan recalled. “I finished the meeting, and I remember looking at her and saying, ‘Oh my gosh, how have I not met you before? ‘ “

Perhaps the only hole in Hao’s resume is her lack of government experience. Hessan said Hao is someone who “really knows what she doesn’t know” and expects her to hire an undersecretary and other staff with Beacon Hill connections.

While Healey has a good relationship with the business community, the economy wasn’t her area of expertise as attorney general. Creating jobs and growing companies, however, has been Hao’s forte as an operator, investor, and adviser.

Kim and I are excited to announce that Yvonne Hao will be our Secretary of Economic Development. With more than 25 years of executive business experience, we can count on Yvonne to drive our economic competitiveness, innovation, and entrepreneurship.

“Business leaders, when they meet her, are going to feel that they have an important and loud voice at the State House,” observed Hessan. “It’s not just that they’ll have a voice, but that voice will be somebody who really, really understands what it’s like to walk in their shoes because she has walked those same steps.”

Hao’s appointment also highlights how Healey is casting a wide net in building out her cabinet.

“When we talk about diversity and diversity of experience, the governor is bringing someone to the table who has a wealth of experience but doesn’t come from the typical crowd, and I think that’s fantastic,” said Dr. Kevin Tabb, chief executive of Beth Israel Lahey Health, the state’s second-largest hospital network.

Tabb met Hao several years ago, when they served on the board of Youth Villages, a nonprofit that improves the lives of children and families. She made such an impression on Tabb that when it came time to add new board directors after the merger of Beth Israel and Lahey hospital systems in 2019, Hao was one of the first people recruited.

She was brought on as vice chair and chair of the finance committee.

In advance of joining Healey’s cabinet, Hao has been resigning from her board assignments, including at Boston fintech Flywire, Cambridge auto-listing site CarGurus, and the BI Lahey board.

Tabb said Hao has flown under the radar but not because she is shy. “She’s a pusher … Do not underestimate Yvonne Hao,” he added. “It is clear to me [Hao] would only agree to take this position if she believed she could make a difference.”

That sentiment is echoed by Colin Raney, the former chief marketing officer of PillPack who worked with Hao when she served as the company’s COO and CFO. She was instrumental in the Somerville startup’s $753 million sale to Amazon in 2018.

“She’s just really, really driven,” said Raney. “She’s not going to be happy, unless they make changes to the state that makes everyone’s life and existence better.”

Shirley Leung is a Business columnist. She can be reached at [email protected]

How Mexico’s Foreign Relations Secretary Can Help Biden In 2024

How Mexico's Foreign Relations Secretary Can Help Biden In 2024

New Zealand dollar edges up ahead of CPI

K-Economy News: Ottogi rises as a global company and joins the ‘3 trillion won’ sales club after collaborating with #Jin