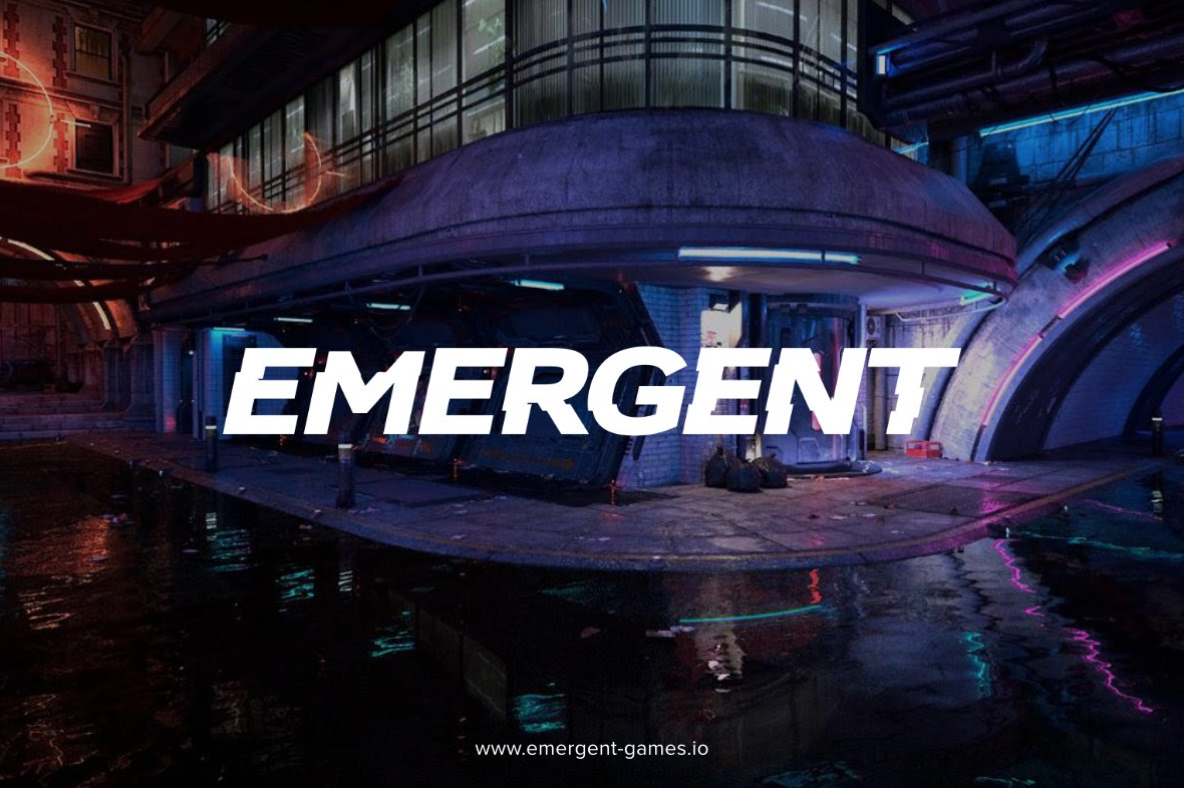 The joint venture combines two dynamic forces from blockchain technology and immersive gaming to form a business at the forefront of the new decentralised gaming sector.

Pluto will provide an investment pipeline for the new joint venture and has invested £4m as part of the deal to enable the studio’s growth and consolidate its expertise in VR.

With a ‘game first’ philosophy, Emergent Games will offer players high quality, high production value games, jargon-free and easy to pick up and play. It’s ambition is to bring free-to-play mechanics to the blockchain gaming space, offering players the option to just play for fun, or engage with the crypto NFT element and earn real money.

Emergent Games’ first project, Resurgence, will take players on a journey from present day disaster to a post-apocalyptic future. The game gives complete control to the player to craft their own destiny by utilising resources in a unique community-based survival concept.

“Emergent Games has a strong ‘game first’ philosophy which means creating absolutely awesome games for all gamers, with an optional crypto element, enhancing the experience for those interested. We believe this approach is not only the right thing to do, but removes barriers for players moving into blockchain games.”

“Story-living is a term we coined for the concept and technology driving our games. It’s where players are inside a virtual world making meaningful choices that drive the narrative. Bringing this into a massively multiplayer online role-playing game (MMORPG) will offer new and incredible experiences for players and form a significant role in the future of gaming.”

Brian Kinane, director of Pluto Digital Plc, says “We are tremendously excited to become the largest investor in Maze Theory and partners in the new studio, Emergent Games. We believe the combination of our high end blockchain engineering and token capabilities together with the gaming creativity of the Maze Theory team will create a leading next generation web3 metaverse gaming studio”.

in delivering unforgettable stories through innovative, multi-tech and multi-platform narrative experiences that go beyond mere gaming and re-define the future of entertainment.

The game portfolio includes the first ever Doctor Who VR game Doctor Who:

The Edge of Time and award-winning found-phone  horror  game Doctor Who: The Lonely Assassins, which launched in 2021 to massive critical acclaim, heralded as ‘the best Doctor Who game ever’.

Maze Theory are also working on the first ever VR game for Peaky Blinders, The King’s Ransom, as well as developing their new VR game ENGRAM.  More soon-to-be announced projects are in the pipeline.

Pluto Digital is a Web3 decentralised technology company with market-leading expertise across blockchain, Decentralised Finance (DeFi), metaverse technologies and non-fungible tokens (NFTs). Pluto has three primary business units: Pluto DeFi which is creating leading DeFi applications and tokens; Pluto Metaverse which is creating metverse technologies, games and tokens; and Pluto V which is investing globally in leading web3 and NFT projects.  Pluto’s mission is to launch a market-leading suite of DeFi applications and blockchain-based games that connect the crypto world with global finance and gaming communities.

Are Non-Custodial Platforms the Only Means of Connecting Your Cry…

This Key Advantage Makes Uber the Gig-Economy Stock to Own

Nearly 8,000 Ukrainian Civilians Have Been Killed By Russians In War; 430 Are Kids