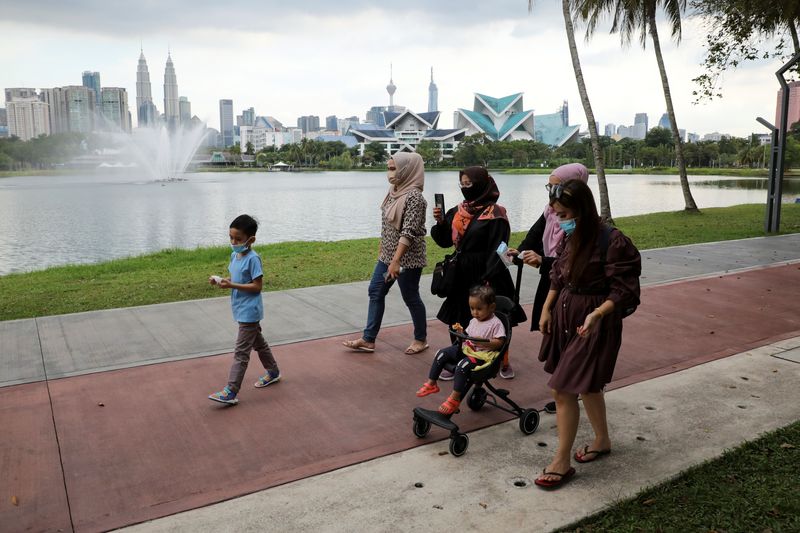 KUALA LUMPUR (Reuters) -Malaysia’s economy posted double-digit growth for the first time in over a year in the third quarter, boosted by rising domestic demand and strong exports, the central bank said on Friday.

Gross domestic product (GDP) in July-September rose 14.2% from a year earlier, at a faster pace than the 11.7% growth forecast in a Reuters poll and up from the 8.9% annual rise in the previous quarter.

That was also the fastest pace of growth since the second quarter of 2021, when the economy expanded 16.1%.

Bank Negara Malaysia (BNM) said the jump was driven by a continued expansion in domestic demand, a firm recovery in the labour market, robust exports, and ongoing policy support.

“Because of the healthy growth outturn, growth this year will exceed the 7% projected earlier,” BNM Governor Nor Shamsiah Yunus told a news conference.

Malaysia’s economy has recovered strongly from a pandemic-induced slump, though risks of a global slowdown are clouding the outlook.

Headline inflation likely peaked at 4.5% in the third quarter and is expected to moderate thereafter, but it will remain elevated, BNM said.

Since May, BNM has raised rates by a total of 100 basis points from a historic low of 1.75%, in a bid to temper inflation.

Russia Will Lose 100,000 Soldiers In Ukraine War This Year: Zelensky

The Hydrogen Economy Will Soon Be Ready For Take Off, Including Planes And Power Plants

Feds Seize of $1B In Stolen Bitcoin, Crypto Daily TV…