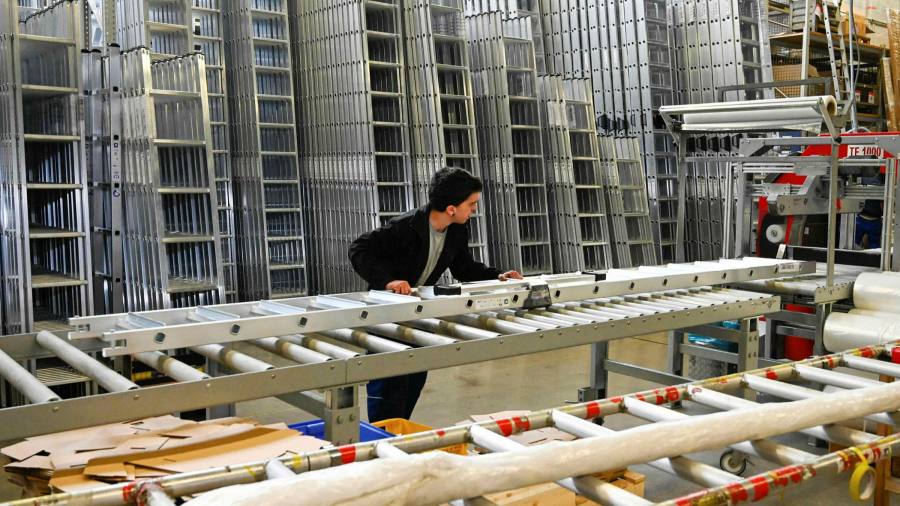 France’s economy ended 2021 on a high, outstripping expectations with growth of 0.7 per cent in the final three months of the year and helping the country to achieve its fastest expansion for 52 years.

The national statistics office said average growth in 2021 was 7 per cent, its fastest rate since the high point of “les 30 glorieuses” in 1969, as the economy rebounded sharply from its 8 per cent contraction in 2020 when the coronavirus pandemic first hit.

The eurozone’s second-largest economy returned to its pre-pandemic level of gross domestic product in the third quarter, it said, outstripping most major European countries.

France has been boosted by a sharp rebound in consumer spending after coronavirus restrictions were eased last year. It has benefited from its lower exposure to supply chain bottlenecks that hit manufacturing in neighbouring Germany.

In the fourth quarter, the economy was powered by a 0.4 per cent rise in household spending and a 0.5 per cent increase in investment, while changes in inventories also added 0.4 percentage points to growth. Trade made a negative contribution of 0.2 per cent.

That raised overall output growth above the 0.5 per cent expected by most economists, while marking a deceleration from its 3 per cent growth in the previous quarter.

However, economists expect a further slowdown in the French economy at the start of this year after daily coronavirus cases in the country hit a high of 500,000 this week.

The number of Covid-19 patients in French hospitals has risen above 30,000 for the first time since November 2020.

The government, which plans to loosen coronavirus restrictions next month, previously forecast the economy would grow 4 per cent in 2022.

Bank of Japan to Experiment with CBDC in 2023