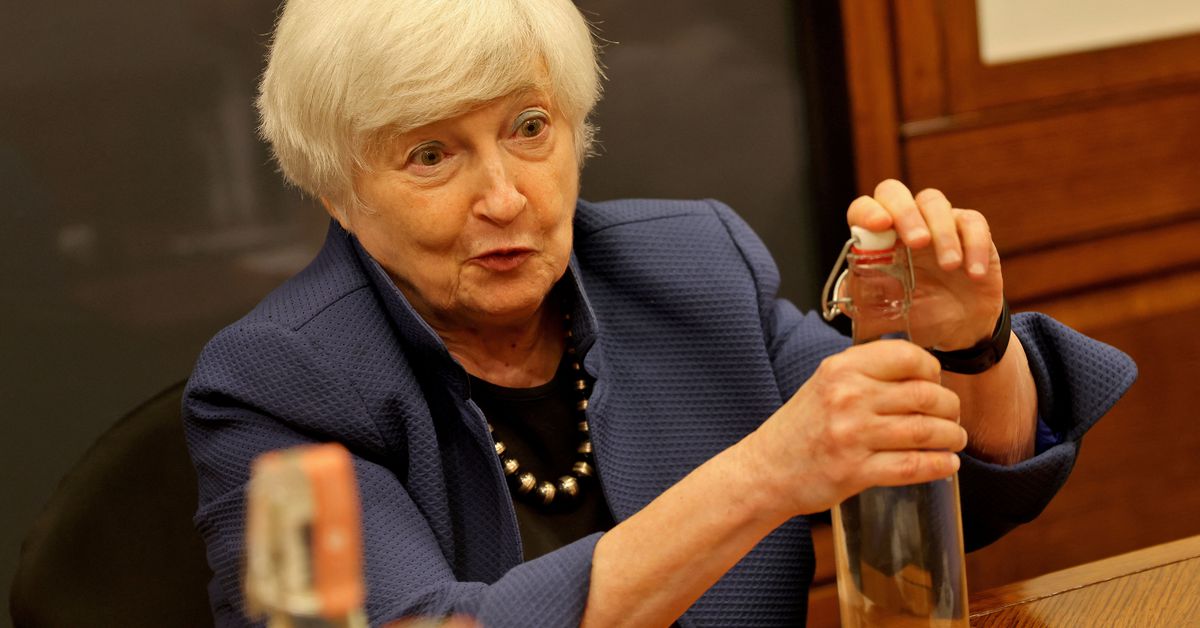 Yellen said strong trade and investment, and people-to- people ties make the bilateral economic and financial relationship a critical element to the partnership between the two countries.

“India’s membership in Indo-Pacific Economic Framework, in efforts to make our supply chains more resilient, through what I call friend-shoring, are tightening those ties,” Yellen said on her first trip to India as U.S. Treasury Secretary.

While India is part of the Biden administration’s signature Asian engagement project IPEF, it has opted against joining the IPEF trade pillar negotiations.

Sitharaman said the meeting between the two will facilitate a coordinated policy stance on global economic challenges facing the world.

Sitharaman and Yellen will participate in a U.S.-India Economic and Financial Partnership dialogue in New Delhi and will discuss India’s leadership agenda for the G20 group of major economies next year.

Yellen, in remarks at the Microsoft facility, highlighted the Biden administration’s desire to deepen economic ties with India, saying that both the global economy and the democratic idea were at inflection points.

Her remarks came as control of the U.S. Congress was still undecided after midterm elections on Tuesday.

“The U.S. and India are ‘natural allies,’ in the words of a former Indian prime minister,” Yellen said, adding that both had waged similar fights for independence to attain freedom and dignity.

“People around the world are looking to us and asking: can democracies meet the economic needs of their citizens? Can they stand up to bullies and cooperate on the most intractable global problems?” she said.

As the two largest democracies, India and the United States could answer the sceptics by taking action over the next year and beyond that could “demonstrate the capacity of our democracies to deliver for our people. I am confident that we will succeed.”

Among these actions are goals for India’s leadership of the G2, which should focus on the shared priorities for boosting investment to fight climate change, breaking a logjam in restructuring debts for poorer countries and improving access to the digital economy.

She also said that ending the war in Ukraine was a “moral imperative” but that economic challenges from the conflict and from supply chain strains were drawing India and the United States closer together.

The United States was working to strengthen India’s “friend-shoring” role as a trusted, reliable supplier, she said.

74,000 Russian Soldiers Have Died In Ukraine War; 730 Eliminated On Thursday

Stock market holidays November 2022: Trading on BSE, NSE to remain suspended on this date this month