India wants to leverage its stock market for social impact. Will it work? | News | Eco-Business 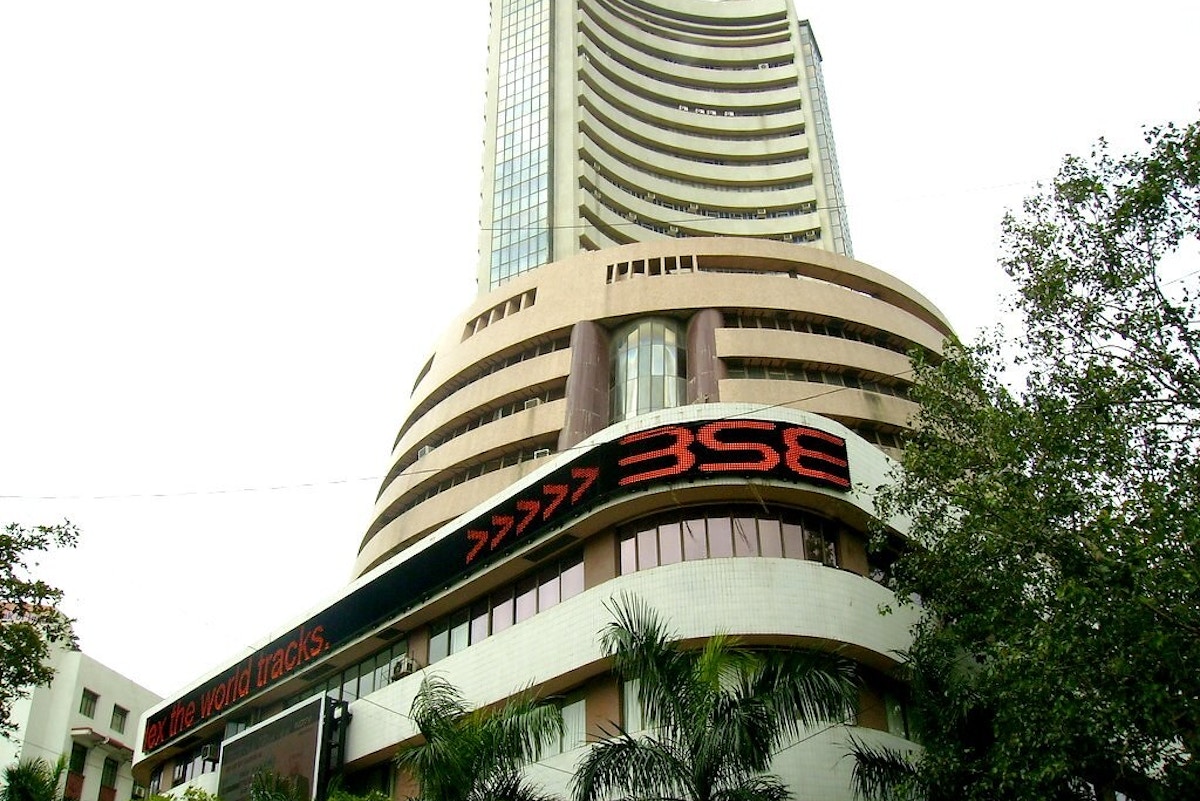 Indian social businesses and organisations will soon be able to raise funds on the stock exchange, with the securities regulator having approved the setting up of a social stock exchange.

This could help spur impact investing and fill the gaps in India’s public sector spending, say impact investors and social sector organisations, at a time when government coffers are strained and inflation worries are stalling public spending.

In October 2022, the Securities and Exchange Board of India (SEBI) – which last year  approved the setting up of the Social Stock Exchange (SSE) – published a detailed framework for the exchange that will operate within the Bombay Stock Exchange (BSE), the country’s largest.

Non-profit organisations and for-profit enterprises working toward creating social impact could list and freely trade their shares on the exchange for a range of socioeconomic causes such as healthcare, education, poverty alleviation, malnutrition and affordable housing.

How it would work

The idea was first floated by finance minister Nirmala Sitharaman in 2019 for social organisations to raise funds from institutional and retail investors.

The SSE concept was first tried out in South Africa in 2006, when the South African Social Investment Exchange (SASIX) was launched at the Johannesburg Stock Exchange. The idea is simple: just like investors invest in listed companies all over the world by buying their shares, they invest in social impact projects, thereby making capital available for the social sector.

The idea is attractive for a large emerging economy such as India facing tough development challenges.

“If we want money to flow easily into a sector then we have to make it easy for people to invest in the sector. This is the idea behind a social stock exchange: that one could invest in high quality [social] projects on a platform that is well regulated, and bring in more money into the marketplace than what is currently being invested,” said Ramraj Pai, chief executive officer of Impact Investors Council (IIC) in Mumbai.

SEBI, India’s financial regulator, will allow non-profit organisations registered as charitable trusts to list and issue zero-coupon bonds on the exchange. Zero coupon bonds are debt securities that help raise money in the market but without the obligation to pay annual interests and principal. Additionally, for-profit social businesses could raise money by selling equity or investments by mutual funds.

However, both non-profit and for-profit listed entities would be required to file annual impact assessment reports, to be audited by social auditors, showing the extent of impact achieved such as the total number of targeted people reached, the changes effected in their lives and the challenges and gaps in implementing the project.

An SSE can complement public spending, said Astrid J. Scholz, a social entrepreneur and founder-managing partner of Sphaera. “If government efforts are not big enough then there is a role for philanthropy and increasingly there is a role for impact investing. And in such a scenario, it could be helpful to have an SSE,” she said, adding, “If investors in India are generally excited and open to investing in private offerings in an alternative stock exchange, then it might be a very powerful mechanism.”

“[The SSE] will bring vibrancy to the upstream impact incubation and acceleration pipeline by unlocking capital for impact start-ups and SMEs, ultimately creating healthier downstream impact markets,” Amit Bhatia, founder of Gurugram-based Aspire Impact, a social enterprise, told Eco-Business. India’s annual impact investments – which were about $2.6 billion in 2019 and are growing at a rate of 26 compounded annually – will receive a boost, he said.

Why India needs an SSE

Despite being one of the fastest-growing economies globally, India faces mounting development challenges. About a quarter of its population is poor, according to a government policy think tank. In 2022, it ranked 107 among 121 countries in the Global Hunger Index, recording the highest child wasting rate anywhere in the world; and ranked 132 out of 191 countries and territories on the 2021/22 United Nations’ Human Development Index (HDI).

India boasts of the biggest impact investing market in Asia, but a 2022 report by Bain & Company found that to achieve the SDGs by 2030, India would need to spend about 13 per cent of its GDP every year, far lower than what it actually spends. Additionally, even as the wealth amassed by India’s billionaires has shot up exponentially, their philanthropic giving has increased at a slower pace.

Hence, both investors and social sector organisations say, an SSE could prove useful by leveraging India’s financial markets for development, for the first time.

Another hurdle for funding for non-profits in India has been the crackdown by the government on foreign sources of funding, said Varun Aggarwal, founder of India Migration Now, a migration research, policy, and advocacy organisation in New Delhi. The Foreign Contribution (Regulation) Act (FCRA) controls the flow of foreign funding to non-profits. In January 2022, the government cancelled the FCRA license of about 6,000 non-profits including Oxfam India and the Missionaries of Charity associated with the late Mother Teresa, choking the flow of capital to a variety of social sector projects.

“Funders are uncertain, non-profits are uncertain. If we look at the last 10 years, especially in the last three to five years, we have seen foreign funding for non-profits become a big challenge because of the FCRA stringencies,” Aggarwal said.

To make it really work…

Investors and financial experts say investing in SSE needs to be a more lucrative opportunity, and suggest that the SEBI and the government could offer tax breaks to investors, for instance. Else, investors may not want to invest in a sector with low financial returns.

Pai of IIC said even as investors look for good quality projects that can deliver returns, SEBI must put in place an incentive structure “because all investors are not philanthropists”.

Global evidence of SSEs’ success is hard to come by.

A 2021 study by the International Center for Not-For-Profit Law in Washington D.C., United States, and Samhita Social Ventures in Mumbai, found that of the seven SSEs it reviewed, four were no longer in operation, and most lacked a robust business model. Additionally, the study found that the investors in SSEs favoured organisations based on their size rather than quality of work and were biased against small and local organisations.

“​​The question is does an SSE accelerate the flow of capital or does it increase the volume of capital that is available to social enterprises — and I think the answer is: Maybe. There are only a handful of SSEs in the world and the evidence base is not strong one way or the other,” Scholz said.

Jayati Ghosh, professor of Economics at the University of Massachusetts Amherst in the United States, said private sector investing cannot replace public investment as private sector investors seek to maximise returns, which, according to her, would be a hurdle toward bringing about any longer term and meaningful social impact.

“Much of the required investment must necessarily be public investment, since some of these activities are never likely to be commercially profitable even though they are socially necessary,” Ghosh said.

Ghosh cited health and education as examples of sectors where universal, quality services are unlikely to be commercially profitable. “There are significant asymmetries of information that make it necessary for strong regulations when private investors do enter. [Hence] it is critical to have high levels of public investment. In these areas, public investment must be the first priority.”

Yet, as central banks worldwide raise interest rates to rein in inflation fuelled by pandemic-induced supply chain disruptions and the Russian invasion of Ukraine, financial market risks have risen amid warning by the International Monetary Fund (IMF) of a looming global recession. This means that investors would become risk-averse.

Experts Eco-Business talked to said that even though financial conditions remain tight globally, this is a step in the right direction for India to be able to divert more capital toward social sector finance. “We are starting from scratch,” Pai said.

According to Scholz, there is no evidence to suggest that capital flow toward creating social impact would get hampered by recessionary fears or rising interest rates. For instance, she said, that even if the economy were down, there would be a need to put money into providing clean drinking water.

Bhatia, of Aspire Impact, said that without any tax breaks or incentives, investors have invested more than $10 billion into India’s impact investment pool. He said that India, as a market, has a high investor premium, which would also show up in both impact investments and an SSE.

“With over a dozen impact unicorns, India is and will remain a leading impact nation, especially through this decade of SDG action,” Bhatia said.