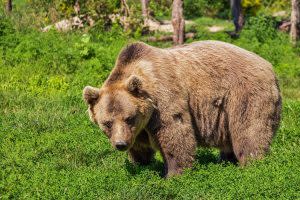 Chances are, you might have noticed some of the US stock holdings in your investment account dive into the red recently. Don’t worry, it’s not just you; the entire market is in turmoil.

Since the start of the year, the tech-heavy Nasdaq is down about 12% while the S&P 500 is down about 6%. One of the causes for this is market jitters as the Federal Reserve (commonly referred to as the Fed), announced it was ending its bond-buying programme by early-March and raising interest rates thereafter.

In early 2020, when the pandemic first hit, the Fed launched a US$700 billion quantitative easing programme and 0% interest rate policy to stimulate economic activity as the world battled the COVID-19 variants. Now that the pandemic is subsiding, the Fed is tightening up its monetary policy, ending the era of “easy-money.” While this comes as no surprise to investors, what worries them is the pace of policy tightening (i.e. number of interest rate hikes this year), which might be increased due to accelerated inflation. Particularly, one sentence alarmed investors:

The Consumer Price Index (CPI) in the United States rose at its fastest 12-month pace in nearly 40 years as it hit 7.0% at the end of December 2021. Globally, consumer prices have reached 5.2% and this could threaten global economic growth. Government officials attribute the higher-than-expected rise in inflation to two main reasons: 1) supply chain bottlenecks due to high shipping costs and 2) a tight labour market resulting in wage-push inflation.

Shipping costs are expected to increase by an average of 126% as soaring demand for shipping containers is met with massive shipment delays. The Straits Times reported that a bicycle that previously took 14 days to arrive in Singapore now takes 40 days. Such elevated shipping costs would stoke further inflation. A Federal Reserve economist found that a 15% increase in shipping cost would lead to a 0.1% increase in core inflation. Worryingly, the high shipping costs appear to be a persistent, rather than a transitory challenge.

The ongoing labour shortage has caused labour costs to rise, fuelling inflation. In the US, workers’ hourly wage has increased by 4.8% compared to last year as job vacancy rates jump to record highs; in Europe, COVID-19 has disrupted migrant labour flows; and in China, its zero-COVID policy has restricted labour supply. The higher wages would drive up the cost of production for companies, leading to them to bump up the prices of their goods and services. In fact, Goldman Sachs’ chief economist has warned that a 5-6% wage increase could result in high inflation.

Why The Stock Market Falling?

Broadly, the reasons seem to be twofold: 1) a slowdown of the global economy and 2) the prospect of more attractive investments relative to stocks.

When the US central bank raises its benchmark interest rate, banks and lenders would naturally increase borrowing costs. For consumers, that means their mortgages, car financing, credit card interests would all become pricier, reducing both spending and demand.

For businesses, they would be exposed to more expensive business loans, as well as flagging consumer demand. Therefore, this generally dampens the outlook for future company profits and investors’ eagerness to buy the company’s stock.

The other thing that happens when the interest rate rises are that bonds, treasury bills and certificates of deposits (CDs) become more attractive. For example, the 10-year treasury yield (also used as the risk-free rate) has risen substantially from 1.51% at the end of 2021 to 1.86% currently. As the risk-free rate goes up, bond yields and CD rate would move in tandem too, making them generally better alternatives to volatile stock returns.

What Has The Federal Reserve Announced And What Is The Market Expecting?

According to its press release, the Federal Reserve will keep the target range for the federal funds rate (FFR) at 0 to 0.25%, but expects to raise it soon to tame inflation. The federal funds rate is known as the important interest rate as it influences credit card rates, bank loans and mortgages. Secondly, the Committee would reduce the monthly pace of its net asset purchase, ending it by early March. This would reduce the total amount of money supply in the market.

The Federal Reserve typically holds 8 policy meetings a year, each time adjusting the FFR by a quarter of a percentage point. In December, the market was predicting three rate hikes this year, but amidst inflation fears, analysts and traders are now forecasting five 0.25% rate hikes. Japan’s largest asset manager, Nomura Holdings, is more gloomy – expecting a 0.5% rise in March.

Additionally, there were also vague details about the Federal Reserve’s plans to shrink its US$9 trillion balance sheet, also known as quantitative tightening. Given the massive size of these security holdings, how the Fed reduces it will be more consequential than interest rate hikes. Outright asset sales of the securities in its portfolio could depress the bond market, leading to market volatility. In contrast, letting the bonds in its portfolio mature and not reinvesting the principal is preferred by the market.

Past Federal Reserve Interventions Have Had Similar Market Reactions

Looking back at 2013, the market experienced a similar reaction when the Federal Reserve announced it was slowing the pace of its quantitative easing, to reduce the amount of money it was feeding into the economy. The mere announcement sent stocks down 5.8% in June 2013. The extreme market reaction to the possibility of less support in the future became what was known as the taper tantrum. Despite the market pullback, stocks finished the year higher up at 17.5%.

In 2018, when the Federal Reserve actually raised interest rates, the stock market had one of its worst years. However, the next year, they admitted the case for raising interest rates has weakened and reversed course to cut interest rates, putting the economy back on solid footing.

Importantly, the Federal Reserve did not alter its decision due to the collapse of the stock market, but because of an imminent global economic slowdown; additionally, inflation was sluggish. Today, faced with sky-high inflation, the Fed may be more inclined to adopt a hawkish policy stance, meaning more interest rate hikes that could further tank the stock market.

Even Singapore’s central bank believes that inflation risks are skewed to the upside. In a surprise move, the Monetary Authority of Singapore raised the rate of appreciation of its policy band on January 25 – ahead of its scheduled April meeting – thereby pre-emptively reducing the price of imports to ensure that inflation is kept in check.

The Million Dollar Question. Could This Be The Right Time To Buy Stocks?

Although it is widely accepted that interest rates and stock market returns are negatively correlated, an analysis from J.P. Morgan found that a positive relationship existed when treasury yields were below 3.5%. In other words, a rising rate could still be good for the stock market, up to a certain point. This is because growing interest rates are typically associated with strengthening economies, producing a bull market for stocks.

Additionally, a risk-free rate below 3.5% does not significantly change the value proposition between stocks and other less-risky assets. Currently, the 10-year treasury yield is at 1.86%. However, if interest rates rise faster due to worsening inflation, it could return to negatively impacting stock market returns.

Some investors might argue that this is not an opportunity for buying-in, after all, the stock market had been up 25% in 2021 despite the pandemic and seemed overdue for a correction anyway. Stock valuations seem stretched by every metric: the S&P 500 Price/Earnings (P/E) ratio is 36.1, 80% above the modern average; the S&P Price/Sales ratio is 2.94, higher than it was during the dot com bubble. A correction now seems like a healthy market response and does not necessarily present a buying opportunity.

Lastly, it depends on the type of stocks being purchased. In the backdrop of rising rates, Wall Street has fallen out of favour with growth stocks and rotated into value stocks instead. Growth stocks, dominated by tech companies, are characterised by above-average growth rates, but with little profits and no dividends. Think of the companies in Cathie Wood’s Ark Innovation ETF. With higher risk-free rates, the net present value of these companies’ future earnings is diminished.

In contrast, value stocks, tend to be established companies with high, stable income and dividends. Additionally, cyclical stocks tend to perform better than secular and defensive stocks as interest rates rise. These are stocks in the banking and financial, energy and transportation, materials and metal industries.