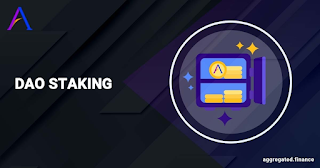 n the burgeoning decentralized finance (DeFi) sector, “staking” has become an increasingly popular way for investors to earn a passive income while they hold investments.

More and more companies that offer staking continue to emerge, like Stader Labs, a cryptocurrency staking management platform, which has raised $12.5 million in funding, making it valued at $450 million.

Crypto staking lets the blockchain put your crypto to work by locking up one’s cryptocurrency holdings to earn interest or rewards, in turn generating a form of passive income while it is staked. It can passively grow an investor’s portfolio without buying additional funds, in the same way that dividends can be earned when one invests in a value stock.

Cryptocurrencies that use staking allow holders to earn a percentage-rate reward over time. This is usually enacted through the use of a “staking pool”—similar to an interest-bearing savings account. Since cryptocurrencies are decentralized, they operate without a central authority, instead using a “consensus mechanism” to arrive at the correct answer, either through Proof of Work or Proof of Stake.

Cryptocurrencies that allow Proof of Stake include Tezos, Cosmos, and Ethereum. On the other hand, Bitcoin doesn’t allow staking because it uses the consensus mechanism Proof of Work. While Proof of Stake is a newer, more energy-efficient consensus mechanism which selects network participants to add the latest batch of transactions to the blockchain and earn some crypto in exchange, Proof of Work typically requires more energy. This is because its process, where the winner is awarded the latest “block” of verified transactions onto the blockchain, involves a large volume of miners having to solve cryptographic puzzles.

Alternatively, Proof of Stake prioritizes speed and efficiency while lowering fees because it doesn’t require the volume of miners to churn through math problems, which is an energy-intensive process. Instead, transactions are validated by people who are invested in the blockchain via staking.

Staking serves a similar function to mining, in that it’s the process by which a network participant gets selected to add the latest batch of transactions to the blockchain and earn some crypto in exchange. Specific methods vary from project to project, but users predominantly put their tokens on the line for a chance to add a new block onto the blockchain in exchange for a reward.

Those that are holding crypto over the long term see staking as a way of making extra income in addition to their assets. In addition to awarding its holders with tokens, staking gives those the benefit of making the blockchain more resistant to attacks and strengthens its ability to process transactions.

One such company that is pioneering how users can use staking in the DeFi space is DeFi-as-a-Service Aggregated Finance (AGFI). The project’s aim is to become truly decentralized, with token holders earning passively from taxes collected on Uniswap trades. Treasury is funded through the taxes and invested in other projects, and the profits earned are turned into buybacks to increase its value. At Aggregated Finance, you get the benefits of staking through reflections, but without the need to lock your tokens.

AGFI aims to go fully decentralized by creating a decentralized autonomous organization (DAO), giving over entire control of the treasury to the community. A DAO is represented by rules encoded as a computer program which is transparent and controlled by the organization members, instead of a central government.

The project aims to focus mainly on blue chip investments that are stable and already established and aspires to be a decentralized alternative to blue chip players like Black Rock. “Our investors will sleep better at night knowing we calculate and manage risk of our treasury, and if needed hedge due to market conditions,” a representative from AGFI told Luna PR.

Every time an investor goes to buy AGFI on Uniswap, 10% of the investment is redistributed to all existing token holders. As the treasury earns from its investments, the profits are collected and votes are offered to the community to see if they should be reinvested or used for an AGFI buyback and burn.