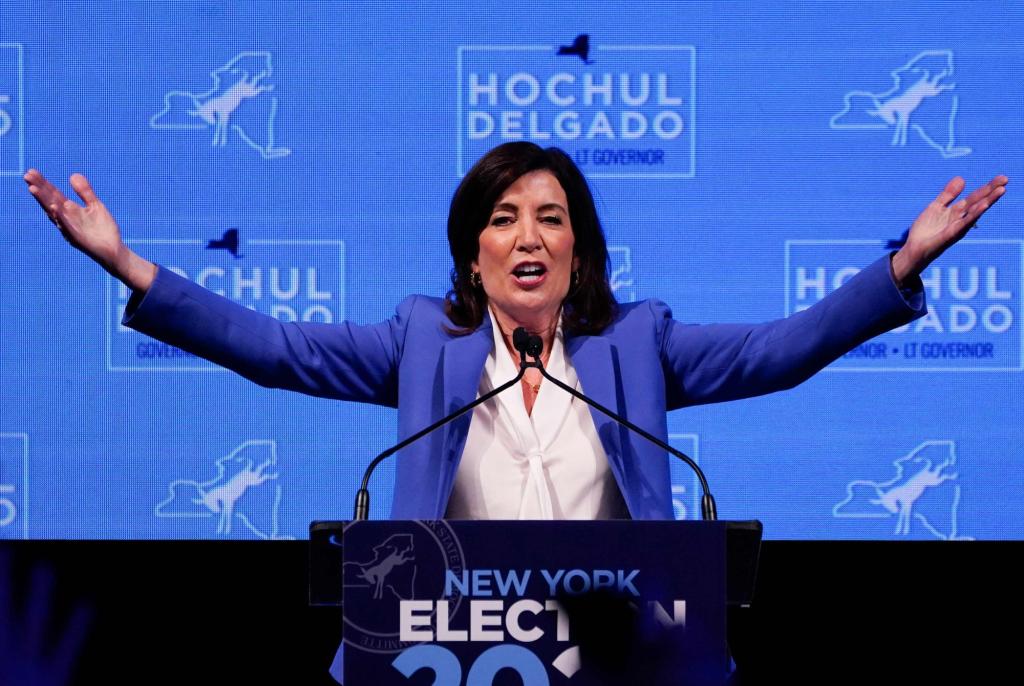 Even if Republicans win control of just the House, they can do “quite a lot” to “turn the economy around,” argues Andy Puzder at Fox News. For starters, they can “put an end” to the Democrats’ “massive spending spree” that’s been “driving inflation and crushing American families.” They can “use the [budget] reconciliation process” to pass “pro-growth” and other legislation, such as on energy and crime — forcing President Biden to either sign or veto it. And they can “rein in spending levels” and outlays that fund “the left’s agenda” by pushing appropriation bills, which under the Constitution must originate in the House, and via debt-limit negotiations. It all points to “a better, stronger economy with Republicans in control of one or both houses of Congress.”

Eye on elex: Independents Were Key

“If you’re looking for a key to unlock what happened in the 2022 midterm elections,” suggests CNN’s Chris Cillizza, “look no further than the independent vote.” Per exit polls, 49% of independents nationwide chose Democrats, while 47% opted for Republicans. That’s a “major change” from the previous four midterms, when the breakdowns were more lopsided — and the party that won the independent vote netted more House seats. This year, partisan voters were closely split, so the independent vote (31% of the electorate) became “all the more crucial,” and races turned out so close that several have yet to be called. True, “the number of persuadable voters unaffiliated with either party is very small.” But as a bloc, they’re “mighty when determining who winds up actually winning elections.”

The midterms marked “an assertion of the growing power of geography in American politics,” concludes Spiked’s Joel Kotkin: “less a national election than a clash of civilisations.” “There are now two prevailing realities in the US. One is primarily urban, single and . . . non-white”; “the other is largely suburban or exurban” and “family centric.” And “red America is now growing far more rapidly than blue America,” which “makes it more important politically.” “The future of the GOP depends on the continued growth of such places, as well as the growth of suburbia nationwide.” And the Democratic Party — once the “party of the people” — has “a lot of work to do if it wants to build a new majority in an increasingly red America.”

From the left: Behind NY’s Red Wave

“A red wave did not swamp America on Tuesday,” notes Ross Barkan at The Atlantic, but did “lap at one of the bluest of states: New York,” where “Democrats lost almost every single closely contested congressional seat. Why? One reason: “New York’s broken redistricting process.” Another: “crime.” “Fear of [it] was visceral across the state.” Key, too, was Gov. Hochul offering “no compelling rationale for her election.” “Zeldin may have been disingenuous and incendiary — in the closing weeks of the campaign, he blamed almost every single stabbing, shooting, and murder on her — but at least he was memorable. He would, somehow, clean up crime. Hochul struggled for a ready response.” So “if Republicans walk into the House majority come January, they’ll have New York to thank.”

From the right: End Dragged-Out Vote-Counting

“Two days after the election, it was still impossible to say which party had won the House and Senate,” sigh The Wall Street Journal’s editors — the result of mass mail voting, which is “no good for public confidence.” “President Trump is already spraying vague suspicions. ‘They want more time to cheat!’ ” But it’s “a bad policy choice” to let “vote counting drag on” in Nevada, California and Arizona, where “laws introduce too much slack into the voting system” and now give everyone “the same dispensation for tardy ballots once reserved for the armed forces.” Election-night counts are possible: “Florida managed.” And while “so far the U.S. has been Las Vegas lucky in avoiding a mail vote debacle . . . only a fool keeps spinning the roulette wheel.”

80,800 Russian Soldiers Have Now Died In Ukraine; 650 Eliminated On Sunday