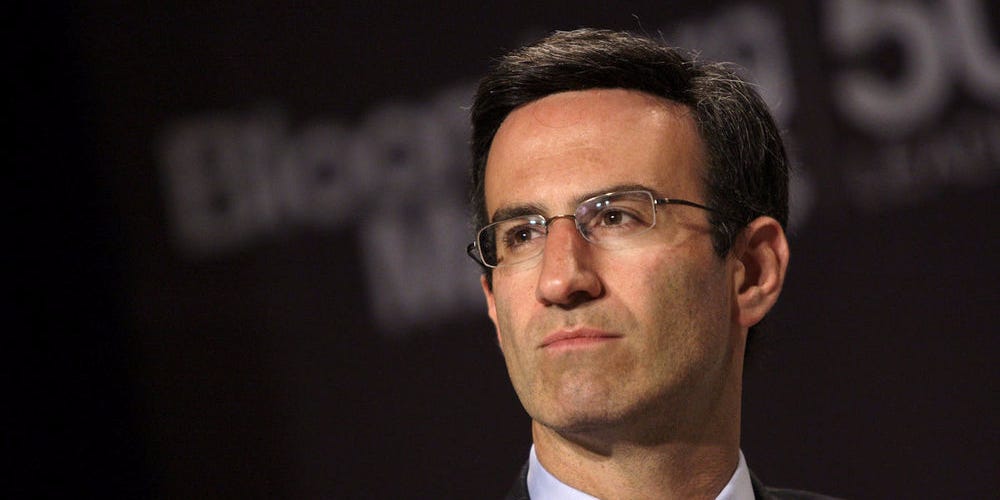 Thanks for signing up!

Access your favorite topics in a personalized feed while you’re on the go.


The lag in the effects of the Federal Reserve’s monetary tightening will “wallop” the US economy if inflation is cooling on its own already, Lazard’s financial advisory chief has said.

Peter Orszag said it was good to see inflationary pressure easing somewhat in the October reading Thursday. The slower pace of price rises is seen as giving the Fed some room to reassess its aggressive interest-rate hikes.

But financial services CEO Orszag told CNBC on Thursday that most of the impact from the Fed’s tightening haven’t been felt in the US economy yet, adding that’s likely to come next year.

“The point is, if inflation is coming down anyway, then you’re going to get walloped with the lagged effect of the monetary policy tightening, when you don’t really need it,” he said.

“And you might be causing an unnecessary recession, in an era when fiscal policy is going to be hamstrung by the likely divide between the Congress and the White House.”

US inflation cooled in October, with the Consumer Price Index rising 7.7% year-over-year, compared with September’s 8.2% rate and 8.0% expected. US stocks soared after the release, with the S&P 500 closing 5.5% higher Thursday and the Nasdaq up 7.35%, as the print lifted investors’ hopes the Fed would turn less tough in raising rates.

The central bank has lifted interest rates by 75 basis points four times in a row, as it tries to prevent inflation running at 40-year highs from becoming entrenched. But there are fears it’s going too far and risks tipping the US into an economic downturn.

Orszag — a former director of the US Office of Management and Budget — also pointed to the US midterm elections, which could end up creating “unnecessary uncertainty” for the economy.

It’s the most “consequential” lame-duck session of Congress since at least 1974, he said, and if lawmakers don’t tackle the debt limit and funding for Ukraine now, they could prove too hard to nail down in 2023.

“I would highlight the imperative on the debt limit in particular. Because it’s not only that our politics are somewhat more radical than past times, when we’ve managed to land the plane — albeit in a bumpy way — but the liquidity in the market is materially lower,” Orszag said.

“You just don’t want to be playing with matches around that potential fire. That would be a bad idea, and better to do it later this year,” he added.

Newborn Baby Dies After Being Thrown Off Bridge, Body Found Inside Plastic Bag

Mexican Economy Continued To Grow Above Trend in September 2022 | News

In Malaysia election, economy is priority for voters tired of instability