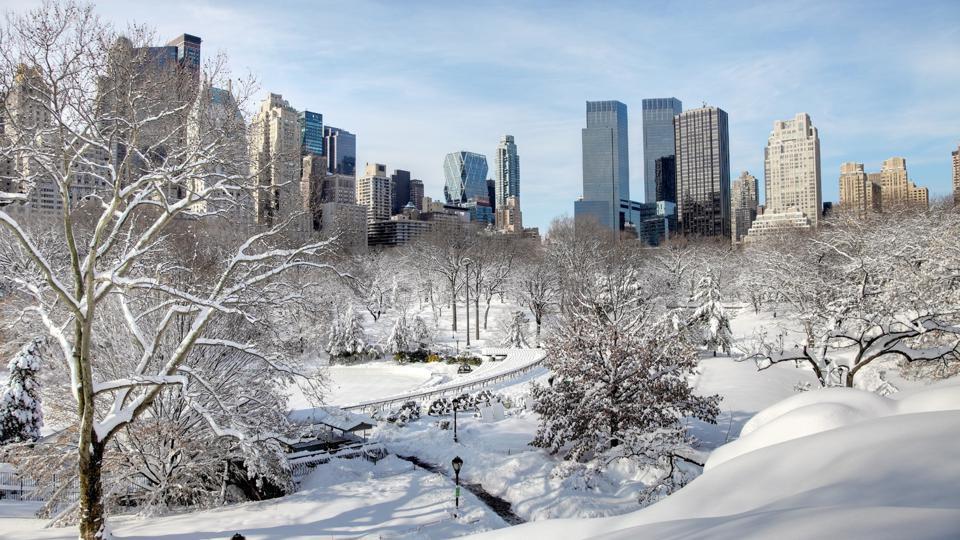 Editorial Note: We earn a commission from partner links on Forbes Advisor. Commissions do not affect our editors’ opinions or evaluations.

January, they say, is the cruelest month. But this year, January was merely volatile—the S&P 500 roared into the year at an all-time high and limped into February down 5.3%, following a string of sessions that saw a series of remarkable intraday reversals. The benchmark index fell at least 1% on six different trading days during the month of January; it fell by this magnitude just 21 times in all of 2021. In short, volatility is back.

January was the month that the U.S. stock market finally succumbed to the pullback that many had been forecasting throughout the latter half of 2021. The S&P 500 flirted with a market correction, falling at one point as much as 9.8% from the prior all-time high. The Nasdaq Composite Index approached bear market territory—at its worst, the tech-heavy index was down nearly 17% from its November high.

That’s a far cry from last year, when all three of the leading U.S. stock indexes gained at least 18%. February promises more of the same.

While geopolitical tensions between Russia and Ukraine and earnings season added to the volatility, there’s no doubt about the main culprit. The Federal Reserve has sketched out its plans to tighten monetary policy and curb inflation, but market participants worry the Fed won’t be able to pull that off without damaging the economy.

At the January FOMC meeting, Fed Chair Jerome Powell said central bankers could raise the federal funds rate as soon as the next meeting in March.

Investors will spend the month of February digesting earnings results from the final quarter of 2021 and assessing whether the pace of inflation will be transitory or sustained at current levels, notes Terry Sandven, chief equity strategist at U.S. Bank Wealth Management, calling February a wait-and-see month.

“We’re in the process of a regime change,” says Sandven. “We’ve been in a low-interest rate environment and that’s changing. With higher interest rates comes volatility and some pressure on valuation levels.”

All this aside, Sandven says there’s reason to believe that the stock market could see a modest gain in February, although he expects stock prices will likely remain volatile. With about six weeks until the Fed convenes again, here’s what investors will be watching this month.

Piecing Together the Inflation Puzzle

Following the most recent Fed meeting, Powell promised that central bankers will be “guided by the data” as they chart a course for policy changes ahead.

The market broadly expects the first rate hike in March, taking their lead from the Fed’s very strong hints—making the big question how many rate increases are on tap in 2022. Current estimates range from four to seven hikes this year.

At stake is whether inflation will start to roll over, leaving an overly aggressive rate policy that could threaten the pace of economic growth and consumer demand, notes Kevin Gordon, senior investment research specialist at Charles Schwab. That’s why investors can expect volatility to persist.

“We don’t find our footing until we get a better picture of what’s happening with inflation and the Fed,” says Gordon. Upcoming economic data should help fill in the blanks, he says. Here are the reports Gordon will be watching particularly closely:

The Fed will rely heavily on economic reports that offer clues about the pace of inflation ahead of the meeting scheduled for March 15 and 16.

Watching the Clues from Earnings Season

Another trove of valuable information is coming out of publicly traded companies right now. Earnings season, the multi-week period when companies release quarterly results, is underway. Nearly two-thirds of the members of the S&P 500 still need to report results.

So far, companies have been disclosing quarterly reports that are “modestly above expectations,” says Sandven, which supports further gains for the stock market. As earnings season wraps up in February, he’ll pay particular attention to the guidance for 2022 that companies are offering, along with comments on broader inflationary trends.

Already, fourth-quarter earnings data has shown that profit margins are starting to compress as a result of higher wages that companies haven’t been able to offset with higher prices amid some slowdown in demand, notes Gordon. If companies can’t pass along price increases to customers, that will put further pressure on margins—and, by virtue, on stock prices, he adds.

The first week of the month alone sees some of the S&P 500’s biggest members reporting earnings, with Google parent company Alphabet on Feb. 1, followed by Facebook’s parent company Meta Platforms on Feb. 2 and Amazon on Feb. 3.

How to Invest in February

Professional investors will likely spend much of February looking ahead to rate hikes that could begin in March. Rather than trying to benefit from all of the short-term unknowns surrounding inflation and rate hikes, you’re better off focusing on building a portfolio that can go the distance.

The tried-and-true advice of focusing on diversification is still apt, though you may want to up the pace of rebalancing your portfolio, Gordon advises. What’s more, choppy periods in the market—like January—could be an opportunity for investors who want to take advantage of dips in the markets.

Gordon expects the first half of the year to be volatile, and even though the S&P 500 never succumbed to an overall market correction in 2021, 94% of its members did experience a decline of at least 10% themselves that put them in correct territory, he says.

“This volatility was bound to happen at the index level, it’s just taken a little longer this time around,” he notes.

If you haven’t already, you may want to readjust your expectations for returns this year after the S&P 500 surged nearly 27% in 2021. Most strategists on Wall Street are calling for single-digit returns this year, and Sandvent says more normal returns and heightened volatility are likely to be themes. That means planning for returns closer to the long-term historical average of just under 10% than the doubling or almost-tripling we’ve experienced in recent years.

In the meantime, investors should focus on building a portfolio that includes all 11 stock market sectors of the S&P 500 because concentrating on any individual group of stocks could add risk, Sandven advises. “It’s a market that seems best suited for balanced portfolios,” he says.