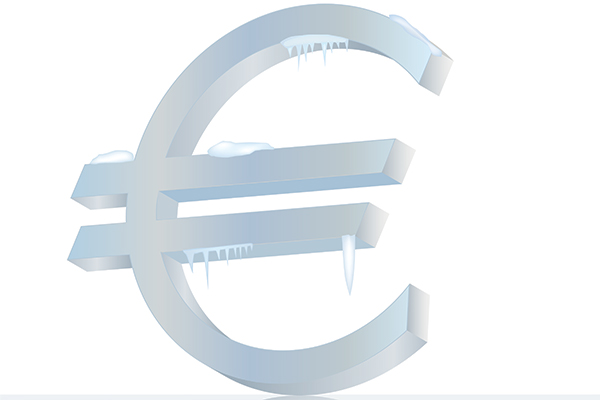 The euro is slightly lower in Monday trading, after an outstanding week of gains. EUR/USD surged 2.71% last week, its best weekly performance since March 2020.

The US nonfarm payrolls for January was a massive surprise to the upside, with a gain of 467 thousand jobs in January. Many analysts had projected a negative print, and the consensus of 125 thousand showed that expectations were quite low. With inflation at 40-year highs, wage pressures are rising. Average hourly earnings climbed 5.7% in January y/y, as workers seek higher wages due to the rise in the cost of living. The NFP report will support the argument that the Fed will have to do more in order to stamp out high inflation, which could mean a second rate hike shortly after the expected hike in March.

Eurozone data ended the week on a mixed note. German Factory Orders for December posted a strong gain of 2.8% m/m, easily exceeding the consensus of 0.5%. Eurozone Retail Sales for December slowed to 2.0% y/y, down from 8.2% in November and shy of the forecast of 5.1%. Retail Sales declined 3.0% m/m, as many consumers did their Christmas shopping early due to shortages stemming from supply disruptions.

The ECB didn’t have to make any huge changes to policy to send the euro rocketing higher last week. All it took was some subtle tweaks in the policy statement, such as omitting the phrasing from previous statements that a rate hike in 2022 was “very unlikely”. The Societe Generale bank stated in a note today that it expected the ECB to wrap up QE in mid-year and projected a rate hike in the second half. Christine Lagarde’s sharp pivot caught the markets by surprise, as one of the most dovish major central banks has become hawkish in a hurry.