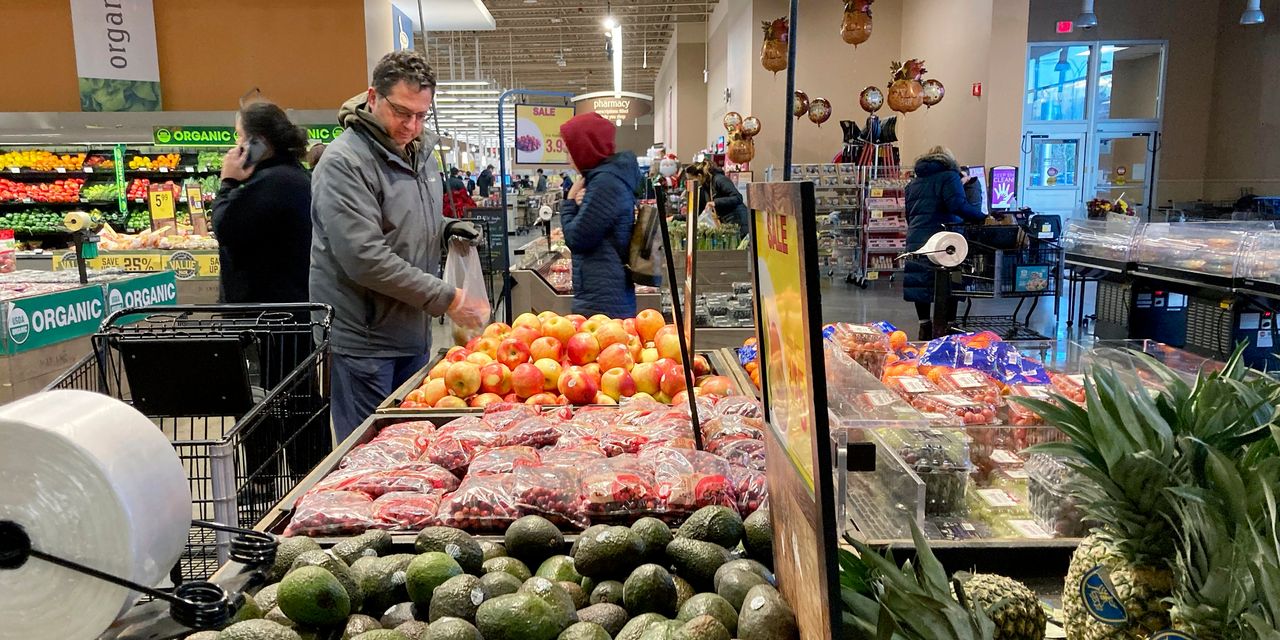 The Conference Board publishes its November consumer-confidence index, which measures U.S. attitudes toward jobs and the economy. Consumer confidence fell in October—the index’s first decline in three months—over concerns about high inflation and less upbeat views on the labor market.

The Labor Department releases October data on job openings, quits, hires and layoffs. Employers had 10.7 million openings in September, an increase of 437,000 from the prior month, showing that demand for workers remains robust. September openings were well above the 5.8 million unemployed people seeking work that month.

gives remarks on the U.S. economy and the labor market at the Brookings Institution’s Hutchins Center on Fiscal and Monetary Policy.

The European Union’s statistics agency releases November inflation figures for the 19-nation eurozone. The bloc’s consumer prices were 10.7% higher in October from the same month a year earlier. That was the fastest pace since records began in 1997.

The National Association of Realtors reports the number of home sales based on contract signings in October. Pending home sales fell in September for a fourth consecutive month as rising interest rates and worsening home affordability weighed on demand.

The Fed releases its periodic compilation of economic anecdotes collected from businesses around the country, known as the Beige Book. The report will include details from businesses on inflation, employment and output growth.

The Commerce Department releases figures on U.S. household spending and income in October. Consumer spending rose 0.6% in September from the prior month as Americans spent more on housing, transportation, food and utilities. The department also releases its personal-consumption expenditures price index, a gauge of inflation closely watched by the Fed. The so-called core PCE-price index, which excludes volatile food and energy prices, strengthened in September to a 5.1% year-over-year increase—the strongest pace since March.

The U.S. Labor Department reports the number of worker filings for unemployment benefits in the week ended Nov. 26.

The Labor Department releases the November employment report detailing job gains, the unemployment rate and worker earnings. Payroll growth remained robust in October while the jobless rate rose to 3.7% from the half-century low of 3.5% registered the prior month.

When Bitcoin and Ethereum soar, stock market correlation can only be a good thing