in Stock Market News
Reading Time: 9 mins read
A A 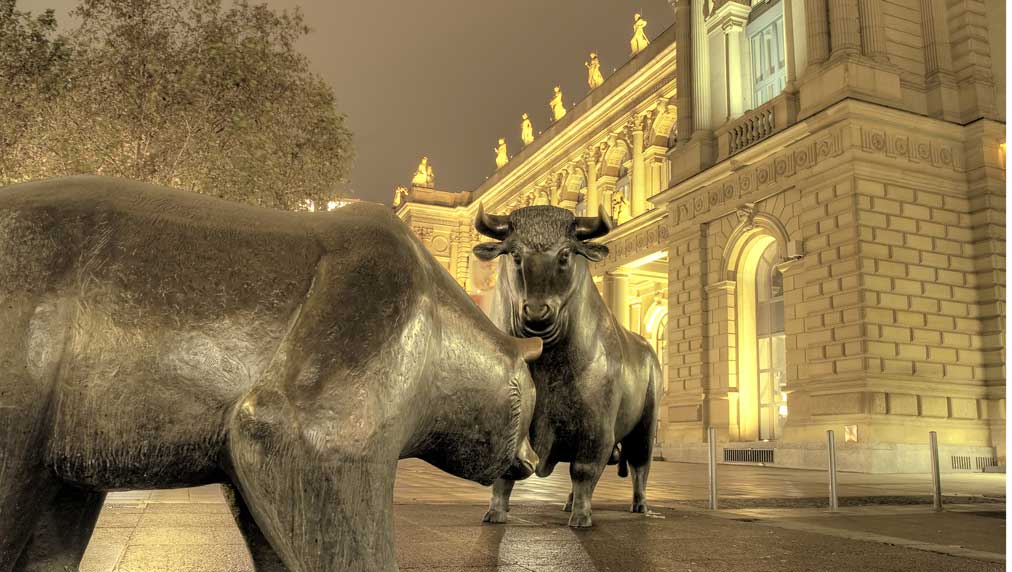 Investors will be looking for a brighter stock market in 2023 after a “stay away” year, especially for growth. The Dow, S&P 500 and Nasdaq all had their biggest annual declines in 14 years. A stock market rally attempt is underway, but has a long way to go to prove itself.

The Dow Jones dipped below its 50-day moving average on Friday. The S&P 500 and especially the Nasdaq have some distance to go to their 50-day lines, with several other key resistance areas along the way.

Deere was Friday’s IBD Stock Of The Day.

But whether these stocks work or not depends on the market trending higher. Right now it is not. Investors should remain very cautious.

The video embedded in the article discussed the recent market action in depth and discussed what investors should be doing as stock market 2023 gets going. The video also analyzed CELH stock, Deere and BioMarin.

U.S. stock and bond markets will be closed on Monday, Jan. 2, in observance of New Year’s.

On Friday, the December jobs report looms large as the Federal Reserve looks for signs of a weakening job market.

Remember that overnight action in Dow futures and elsewhere doesn’t necessarily translate into actual trading in the next regular stock market session.

Tesla Vs. BYD: Which EV Giant Is The Better Buy?

The figures do not include any Tesla Semi deliveries. A small number was delivered to Pepsi in December.

Q4 production swelled to 439,701 in Q4, exceeding deliveries by more than 34,000. That’s even with Tesla curbing Shanghai output on Dec. 12 and suspending production on Dec. 24. In Q3, output topped sales by just over 22,000, with deliveries also falling short that quarter.

Once again, Tesla blamed an increase in vehicles “in transit at the end of the quarter.”

“Tesla’s annual order run rate in Q4 including significant discounting was only ~1M units, and the company’s target is to sell close to 2M units in 2023, with no new models,” he wrote in a note.

Over in Europe, several countries cut or ended EV subsidies, providing another headwind for Tesla as backlogs there fade.

Tesla stock plunged 65% in 2022, its worst annual decline by far. Shares crashed 37% in December to their lowest levels since September 2022. The EV giant did rebound from midweek bear market lows to end the week roughly flat. TSLA stock volume has been very high in the past several weeks.

BYD reported on Jan. 2 that it sold 235,197 all-electric BEVs and plug-in hybrids in December, a fourth straight record, though up just 2.1% vs. November. Sales surged 150% vs. a year earlier.

The actual December and full-year sales suggest a greater Covid impact than BYD anticipated on Dec. 22.

Nio stock, Li Auto, Xpeng and BYD all had a tough 2022, like other EV makers and growth stocks generally. They all bottomed in October or early November, but pulled back in recent weeks.

China’s economic activity is tumbling as the abrupt end of strict Covid rules spur massive waves of infections. The official manufacturing index fell 1 point in December in 47, the government said Saturday.  The nonmanufacturing PMI, which covers service-sector and construction activity, dived 6.1 points to 41.6. Both are the lowest since February 2020, when Covid-19 first hit the country. Readings below 50 signal contraction.

The stock market fell into a correction on Wednesday, but a new rally attempt began Thursday. The major indexes slipped Friday, closing out a slightly negative week.

BioMarin stock dipped 0.8% to 103.49 last week, pulling back in the second half of December but holding support around its 21-day line. A strong rise from current levels might offer an aggressive entry. But investors may want to wait for BMRN stock to forge a new base, or find support at the 10-week line. BioMarin earnings are expected to triple in 2023.

Deere stock fell 1.9% to 428.76 in the past week, pulling back to the 10-week moving average, with a flat base now on a weekly chart. The official buy point is 448.50. Investors might use a 10-week line bounce as an early entry for DE stock, perhaps after retaking the 21-day line.

CELH stock retreated from record highs in December, sliding for the past four weeks, but rebounded from its 50-day line on Friday, closing at 104.04. Celsius stock could offer an early entry if it clears the 21-day line decisively, with a move above the Dec. 27 high of 109.31 as a specific trigger.

MEDP stock rose modestly Thursday from its 50-day moving average, breaking above a downtrend line in a recent consolidation. That offered an early entry within its consolidation. On Friday, with the major indexes retreating again, Medpace stock fell back to its 50-day, but did close well.

Medpace’s move could still work, but it just shows how difficult it has been for stocks to make headway.

The major indexes are off their October bear market lows but well below their December short-term highs. A rally attempt technically is underway as the 2023 stock market kicks off, but it needs a follow-through day to confirm a new uptrend.

Even then, the market would face a number of technical hurdles, with the S&P 500, Nasdaq and Russell 2000 all some distance below their 50-day and 200-day lines. The Dow Jones, the relative leader in recent months, dipped below its 50-day line to end 2022 but is above its 200-day.

Until there’s clarity on the Fed rate endgame and the economy, the market could be rangebound in choppy, sideways action.

The December jobs report on Friday, Jan. 6, will be important. Significant slowing in hiring and wage gains would reinforce expectations for further slowing in Fed rate hikes, and raise hopes that peak rates are near. But robust or accelerating job and pay growth would likely trigger a big sell-off.

What To Do Now

On Friday’s year-end IBD Live, O’Neil Global Advisors portfolio manager Charles Harris said it was a “stay away” market in 2022. There will be great opportunities ahead, including in innovative companies and trends, but not yet.

A number of stocks are setting up nicely, including Deere, BioMarin and Medpace. The problem is that in the past few months, a lot of stocks have set up, but those setups generally haven’t worked out.

But investors should be stay engaged and be ready to act. If there’s a confirmed rally in early 2023, many stocks have the potential to quickly move solidly or sharply higher.

So work on your watchlists but enjoy the long weekend. Come back to the new year refreshed, waiting for the next bull market.

Read The Big Picture every day to stay in sync with the market direction and leading stocks and sectors.

Why This IBD Tool Simplifies The Search For Top Stocks