Dial down the Russian war talk to save our economy, Ukraine tells West 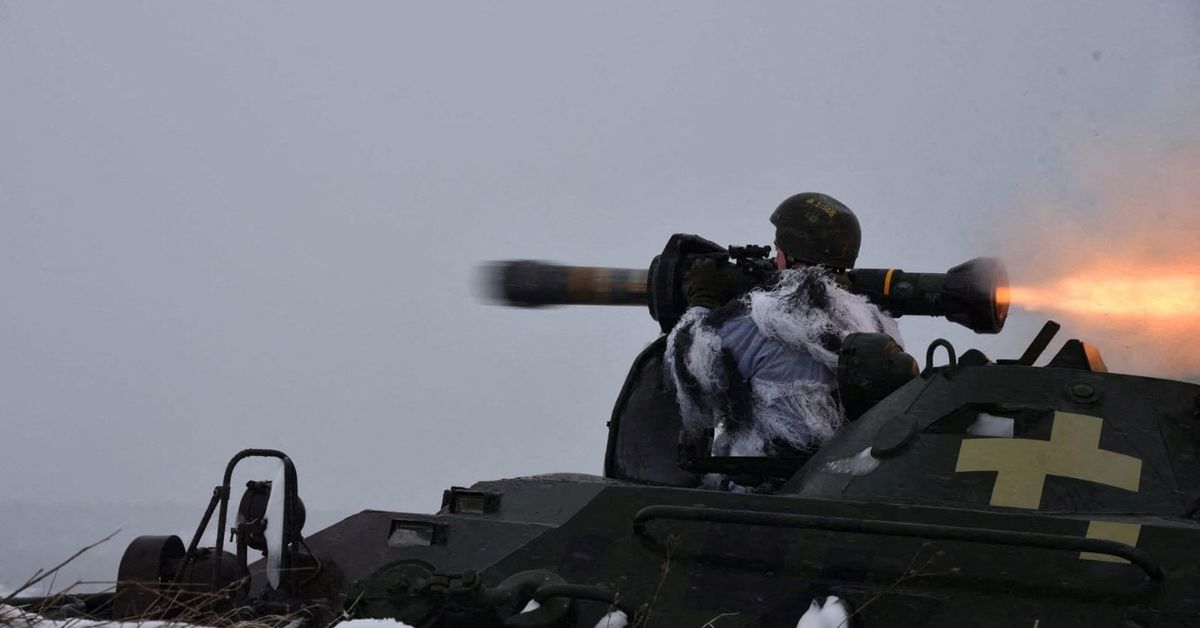 KYIV, Jan 28 (Reuters) – Ukraine’s president wants weapons and loans at a time of problems with Moscow. But one thing he does not want from the West is more panic-inducing warnings that Russia is about to attack.

Western leaders like U.S. President Joe Biden and British Prime Minister Boris Johnson have for weeks spoken about what they say is a credible and urgent threat of a new Russian invasion of Ukraine after Russia massed troops nearby.

Moscow says it has no such intentions and can deploy and drill its own troops on its own territory as it sees fit.

The warnings have taken their economic toll. Ukraine’s hryvnia currency tumbled to its lowest level against the dollar since February 2015 while bonds fell into distress territory in January.

“Constant and extremely emotional messages in the media about how a big war is going to start tomorrow, or the day after tomorrow or the day after that create economic risks,” said Mykhailo Podolyak, adviser to the president’s chief of staff.

“This speculative stuff puts pressure on investors, creditors and on ordinary people. And that worsens other economic indicators.”

According to one source familiar with their conversation, Ukrainian President Volodymyr Zelenskiy in his latest call with Biden on Thursday downplayed the risk of a Russian attack and focused on Ukraine’s economy instead.

On Friday, Zelenskiy made clear he was frustrated with Biden’s war talk.

“Do we have tanks in our streets? No. But if you’re not here you get the sense from the media that there’s a war on. We don’t need this panic.” read more

He said it was important Biden got his information about the situation from himself rather than intermediaries.

When Washington said earlier this month that the families of U.S. diplomats were being evacuated, prompting other countries to follow suit, Ukrainian officials publicly criticised the move as premature.

That criticism, said one government source, was also designed to calm market jitters.

“The extra billions we can spend on the army won’t help if we lose balance and economic stability,” Defence Minister Oleksii Reznikov told parliament on Friday.

One senior adviser to Zelenskiy told Reuters that what he called the borderline “hysteria” had squeezed Ukraine out of market borrowing, prompting Kyiv to call for a $5 billion aid package from friendly countries and institutions. read more

There is some sympathy in Washington about how Ukraine’s leadership must calibrate its messaging.

“On the one hand he wants assistance, but on the other hand he has to assure his people he has the situation under control. That’s a tricky balance,” said a White House official.

Memories are still fresh in Ukraine of the economic pain suffered eight years ago when Russia seized Crimea and backed separatist uprisings in eastern Ukraine.

Analysts say Ukraine’s economy is more resilient now, but a senior official told Reuters that government ministers, the central bank and the president were holding meetings to assess the market situation.

Free N95 Masks Are Starting To Roll Out At Pharmacy Retailers

FIFA unveils range of new web 3.0 games ahead of…

3 ways I learn about stock market investment for free