COLUMN: When it comes to economic development, are local and affordable possible at the same time? 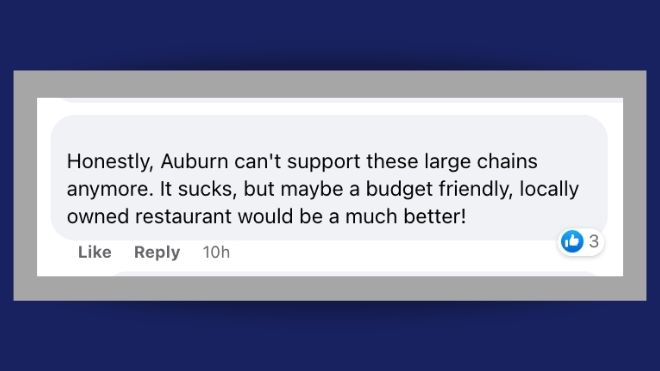 Editor’s Note: The following is an op-ed written by Josh Durso, who serves as VP of Content. His weekend column examines the headlines and stories being told in the Finger Lakes and beyond.

Consumers want ‘affordable’ things, but who can afford to give it to them?

Last week Ford announced that it would stop taking orders for its 2022 Maverick pickup truck.

“We didn’t want to take more orders than we could build,” Dean Stoneley, general manager of Ford trucks explained recently. “We’re getting customers who would have perhaps bought a used car and are now buying the Maverick because it is so affordable.”

It seems like 40 or 50 years ago the answer would have been ‘build more’ if demand outmatched supply. For a long time, that was the driving philosophy of the American economy. Obviously, a lot has changed. In Ford’s case, this wasn’t the first example of sales exceeding expectations. It happened with the Ford Bronco, as well as the Ford F-150 Lightning.

The question online posed by many, especially on social media: Why can’t Ford Motor Company produce more? Ford says it will resume taking orders in August 2022, and chalked it up to supply chain issues. But supply chain issues or chip shortages are just one problem that American companies are wrestling with today.

In a world where prices seem to only increase, there’s a legitimate desire for affordable. Whether you’re talking about vehicles of the present and future; or something as simple as a restaurant or item at the local grocery store.

Set recent headlines about inflation aside. I joined FingerLakes1.com in 2014, covering local politics, economic development, and economic policy as a reporter. Two years later I became editor, then news director. Now, as VP of Content, years removed from day-to-day reporting- the attitude toward any economic development is as steadfast as ever.

The above premise remains overwhelmingly true. Consumers are legitimately hungry for affordable. No matter what good is being purchased, or service exchanged- the feeling is that prices have increased too much, too quickly.

In an ironic twist, it’s one of the factors that contributed to my own fatigue reporting on economic development related policy in rural parts of Upstate New York. The playbook was the same, over-and-over again. A company or investor would come along and pitch a concept. Only to be met with frustration from locals about prices or product type.

Banks, car washes, and chain drug stores appear to be the only viable business models that have been able to be duplicated repeatedly across the region.

Then, I read a response to one of these starter posts on social media that clarified the entire issue. Someone took to Facebook to inquire about a parcel that appeared to be under development. It was a chain restaurant that closed a few years ago. The responses were overwhelmingly in favor of a new restaurant. But one that was affordable. I’ll be the first to admit the latter is a bit ambiguous. What is affordable in 2022? How does one define that in an industry where margins are razer thin to start? “Honestly, Auburn can’t support these large chains anymore,” one Facebook user wrote in response to the inquiry. The property in question was a Denny’s located along Rt. 5. “It sucks, but maybe a budget friendly, locally owned restaurant would be much better!”

The real question to answer is this: What has gone wrong in our economy that massive companies like Ford can’t ramp up production when demand warrants, and small businesses also can’t afford to begin or last beyond a few months in any given community?

There appears to be a disconnect between consumers and the realities of business operation. Especially in New York State. This isn’t a New York exclusive problem, but it’s a real one that virtually every business wrestles with at some point in its existence.

Essentially, price and production are a balancing act. Prices have to be high enough to support a money-making venture, so that the business can continue to exist, but low enough to maintain a customer base.

And the consumer is, for lack of a better phrase, broken.

The consumer has been trained over the last two decades to see prices of common goods decline as production technology improved. Think about most of the things purchased from Amazon or Walmart. Yet, the essentials in life like housing, transportation, heat, water, food, etc. have all increased- outpacing the wages people earn from work.

That well-intended Facebook user from the Auburn-area makes a great point: Small cities like Auburn, Canandaigua, or Geneva will not be able to support these chain restaurants long-term. Especially as their prices continue to increase. But these chain restaurants are often the only ones that can afford to operate at a loss, or just barely making money for years-on-end.

Local restaurants, owned by local people- do not have the capital, or financial support to operate that way until some magical light switch is struck- making the endeavor sustainable. And honestly, the latter usually does not ever happen- and instead of seeing small businesses that are around for years, or even decades- we see small businesses that come-and-go faster than most even realize they opened their doors.

Get the latest headlines delivered to your inbox each morning? Sign up for our Morning Edition to start your day. FL1 on the Go! Download the free FingerLakes1.com App for Android (All Android Devices) or iOS (iPhone, iPad).