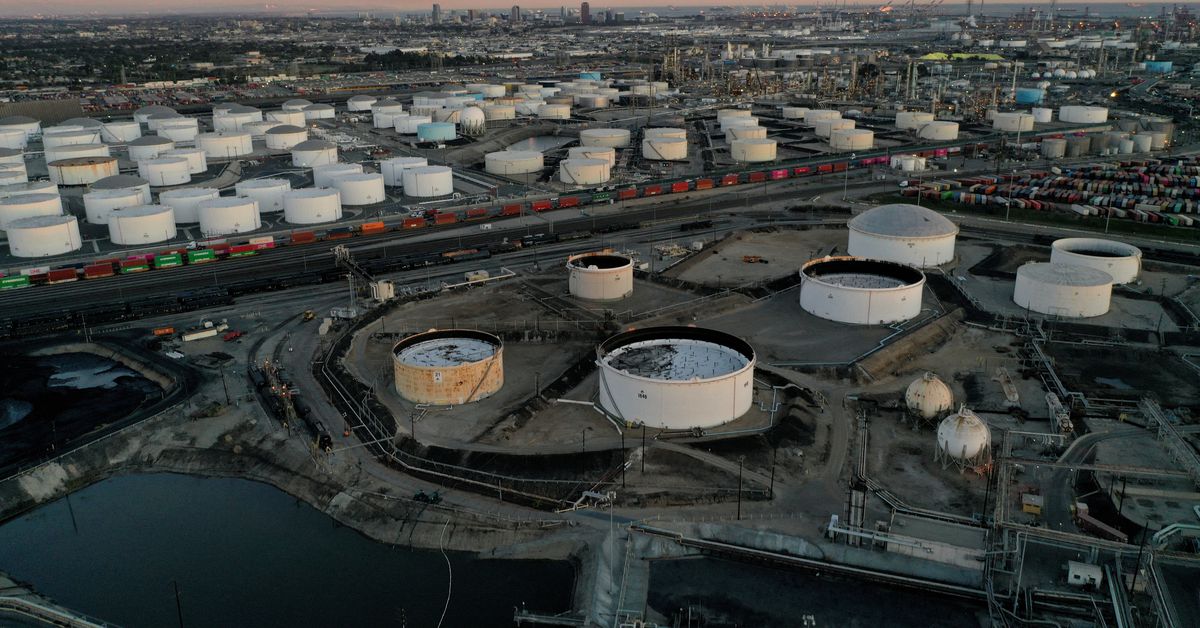 LONDON, Oct 27 (Reuters) – U.S. diesel supplies are becoming critically low with shortages and price spikes likely to occur in the next six months unless and until the economy and fuel consumption slow.

Stocks of diesel and other distillate fuel oils were just 106 million barrels on Oct. 21, the lowest for the time of year since the U.S. Energy Information Administration (EIA) started collecting weekly data in 1982.

The deficit has been worsening steadily since the start of the year when stocks were 15 million barrels (-11% or -1.18 standard deviations) below the ten-year average.

By the end of July, stocks had already fallen to 113 million barrels, the lowest since 1996 and before that 1954, based on the most recent data available from the EIA’s more comprehensive monthly surveys.

In terms of consumption, however, inventories at the end of July were equivalent to just 30 days of demand, the lowest seasonal level in monthly records going back to 1945.

Since then, the inventory position has tightened even further, with stocks estimated to have fallen to a record seasonal low of fewer than 27 days of demand in October.

Reflecting the intensifying fuel shortage, futures prices for ultra-low sulphur diesel (ULSD) delivered in New York Harbor in December are trading at a premium of $60 per barrel over Brent.

The twelve-month calendar spread for ultra-low sulphur diesel futures has flared out to a backwardation of $50 per barrel from less than $10 this time last year, as traders anticipate physical shortages.

As a result, retail diesel prices including applicable taxes are now $1.45 per gallon higher than for gasoline, a record premium, up from just 24 cents per gallon a year ago.

Distillate fuel oil is primarily used in freight transport, manufacturing, farming, mining and the oil and gas industry itself, so consumption is strongly influenced by the economic cycle.

Growth in distillate consumption has been closely correlated with changes in industrial production estimated by the U.S. Federal Reserve and manufacturing activity in surveys by the Institute for Supply Management.

Stabilising then rebuilding inventories to more comfortable levels will require a significant slowdown in freight movements and manufacturing activity.

There are early indications manufacturing and freight activity peaked in the third quarter of 2022. If confirmed that would take some of the pressure of distillate inventories.

But a deeper and more prolonged slowdown in the United States and/or in Europe and Asia will be needed to boost inventories significantly.

Rebalancing diesel supply will likely require a further rise in interest rates and tighter financial conditions in the United States and other major economies to reduce fuel consumption to more sustainable levels.

– Recession will be necessary to rebalance the oil market (Reuters, Sept. 22)

John Kemp is a Reuters market analyst. The views expressed are his own

Opinions expressed are those of the author. They do not reflect the views of Reuters News, which, under the Trust Principles, is committed to integrity, independence, and freedom from bias.

John Kemp is a senior market analyst specializing in oil and energy systems. Before joining Reuters in 2008, he was a trading analyst at Sempra Commodities, now part of JPMorgan, and an economic analyst at Oxford Analytica. His interests include all aspects of energy technology, history, diplomacy, derivative markets, risk management, policy and transitions.

TWTR Stock Up As Deal With Musk To Close

Ripple (XRP) and Cardano (ADA) are Tanking Amid the FTX/Binance…..