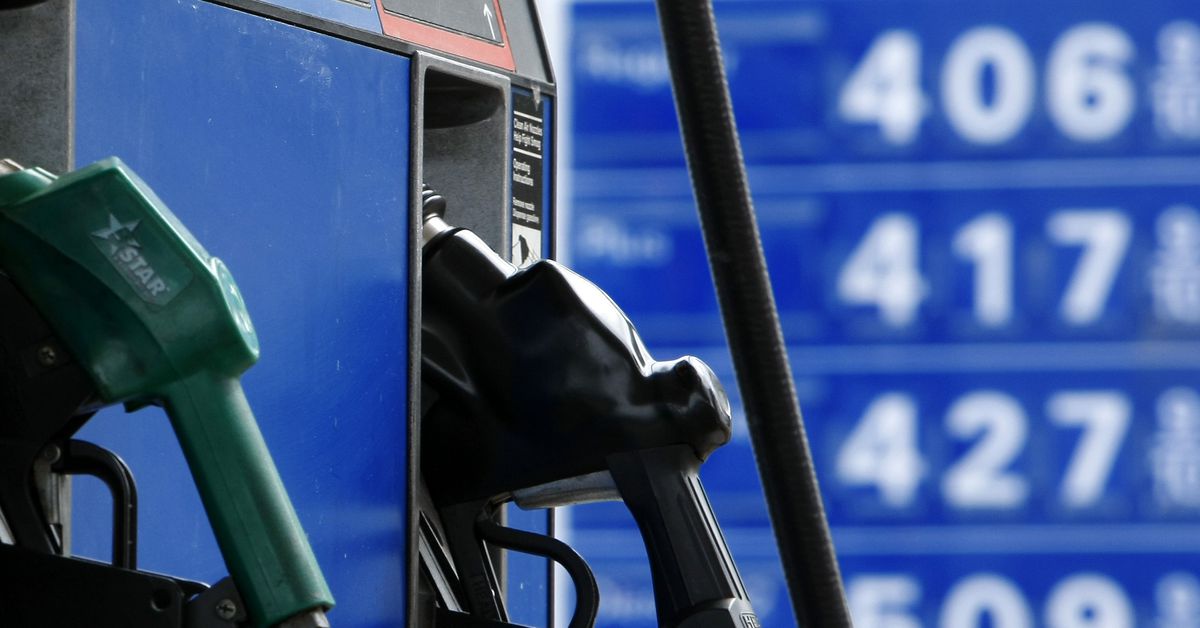 FILE PHOTO – Gas and diesel pumps along with gas prices are shown at an Exxon gas station in Carlsbad, California May 28, 2008. REUTERS/Mike Blake (UNITED STATES)

LONDON, Feb 9 (Reuters) – Shortages of diesel and other distillate fuel oils have emerged as a key bottleneck in the oil market and will exert upward pressure on oil and fuel prices until the global economy moves onto a slower growth trajectory.

Distillate fuel oil has become the most cyclically sensitive part of the oil market, closely tracking the expansion and contraction of manufacturing activity and freight flows.

In the United States, consumption of middle distillates from the refining process increased at a compound annual rate of 1% between 1985 and 2019, according to the U.S. Energy Information Administration.

Distillate supplied as heating oil to homes, offices, schools and shops fell sharply in the wake of the two oil shocks of the 1970s and the price spike of 2008, which prompted widespread conversions of heating systems to gas.

But volumes supplied as diesel fuel to trucking firms, railroads, construction companies, marine operators and the oil and gas drilling industry increased more than enough to offset the loss of the heating market.

Combined sales to residential and commercial users had dwindled to just 9% of all distillates supplied, down from almost 30% in 1985.

As a result, the rise and fall in the manufacturing and freight cycle has displaced seasonal and annual variations in heating demand as the primary driver of distillate inventories and prices.

Variations in winter temperatures and heating oil consumption now have only a minor impact on overall distillate demand and prices compared with the 1980s and 1970s.

Instead, the volume of distillate supplied moves closely with changes in manufacturing activity, which can be measured by the manufacturing component of the Federal Reserve’s industrial production index.

In the early months of 2008, 2014 and 2018, amid strong economic growth, severe distillate shortages emerged, manifest by a sharp drop in inventories.

Distillate shortages were eventually reversed when the economy went into a recession or a significant mid-cycle slowdown.

In each case, low distillate inventories were associated with a sharp rise in Brent prices and a steep backwardation in the futures market as refiners maximised crude processing rates.

Something similar is occurring in early 2022.

In the short term, inventories could deplete even further if demand from manufacturers and freight carriers continues to outstrip the ability of oil producers and refiners to supply enough fuel.

Pressure on distillates will intensify in the next few months as coronavirus travel restrictions are relaxed and international passenger aviation recovers because jet fuel comes from the same part of the refining system.

In the medium term, the manufacturing cycle will have to soften, possibly as a result of inflationary pressures, some of it arising from the oil industry, and rising interest rates, allowing distillate inventories to recover.

John Kemp is a Reuters market analyst. The views expressed are his own.

GDP data, Gujrat elections: What to expect from the stock market this week