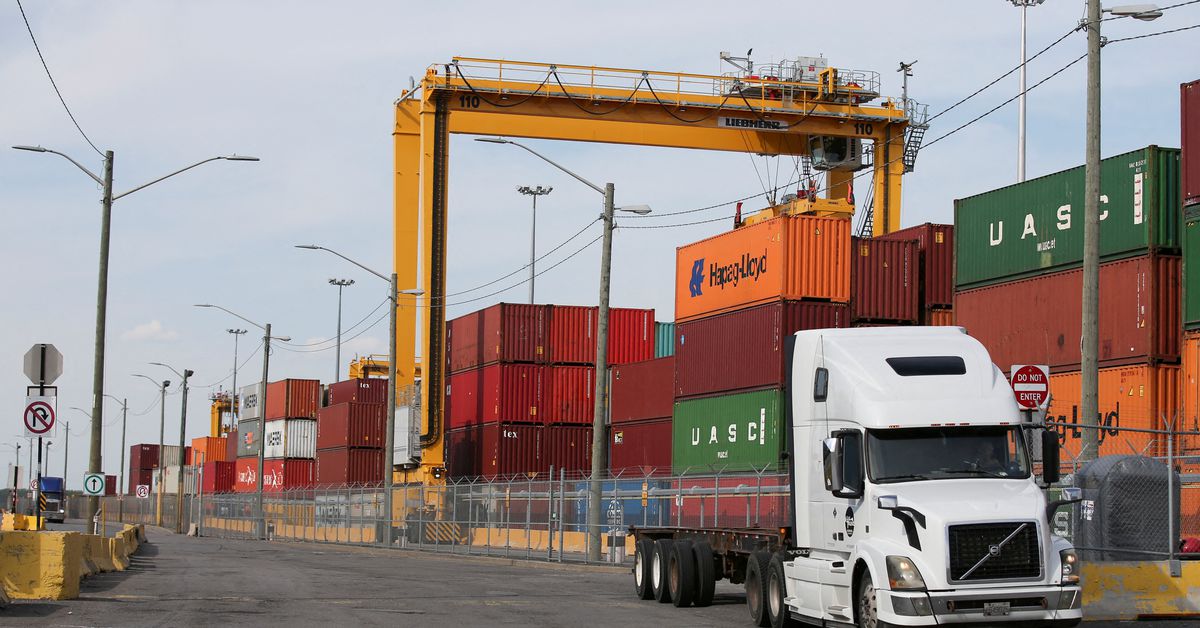 OTTAWA, Feb 1 (Reuters) – Canada’s economy climbed to above pre-pandemic levels for the first time in November, bolstering a strong fourth quarter even as activity stagnated in December with the emergence of the Omicron variant, official data showed on Tuesday.

The economy grew 0.6% in November from the previous month, beating expectations for a gain of 0.3%, but growth in December was likely flat, Statistics Canada said. The agency said annualized gross domestic product in the fourth quarter was likely up 6.3%, beating the Bank of Canada’s forecast of 5.8%.

“While not far from the Bank of Canada’s latest estimate, it is a bit higher yet, and is simply another turn of the screw, all but ensuring a rate hike at their next meeting on March 2,” said Doug Porter, chief economist at BMO Capital Markets, in a note.

The central bank held its key interest rate unchanged last week, but said hikes were coming as Canada’s economy no longer needed extraordinary support to deal with the effects of the COVID-19 pandemic. read more

Money markets are betting on a first increase in March, with a total of six rate hikes this year. The Canadian dollar was trading 0.1% higher at 1.2689 to the greenback, or 78.81 U.S. cents. BOCWATCH

Still, the economic momentum of November slowed in December as the Omicron variant took hold and provinces tightened restrictions. While analysts expect a hit in January, they see the economy bouncing back again relatively quickly.

“Economic data is expected to look weaker in January with Omicron spread,” said Nathan Janzen, senior economist at RBC Economics, in a note. “But with restrictions already starting to ease, that softening is expected to be short-lived.”

Additional reporting by David Ljunggren in Ottawa and Fergal Smith in Toronto; Editing by Paul Simao and Raissa Kasolowsky

Midterm Elections 2022 And The Stock Market: Worried About What Might Happen? Read This