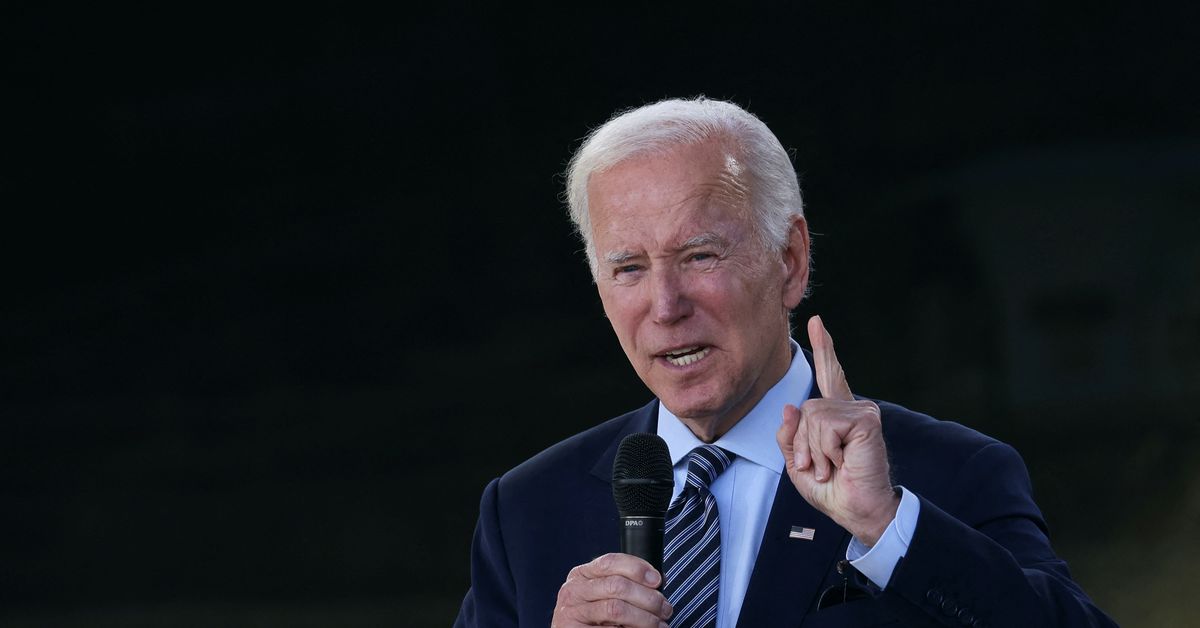 ROSEMONT, Ill., Nov 4 (Reuters) – U.S. President Joe Biden, battling to show restive voters he has boosted the economy, touted his economic policies on Friday and said he planned to talk with oil companies about high prices and record profits, as he predicted Democrats will prevail in Tuesday’s midterms despite polls showing Republican gains.

With some Republican support, Biden signed into law in August the Chips and Science Act to jumpstart domestic semiconductor production in response to slowed production of automobiles and high-tech products like those built by Viasat.

He said he planned to have a “come to the Lord” talk with U.S. oil companies soon to complain about their record profits at a time when Americans are paying high prices at the pump.

The meeting is not yet set up, Biden clarified to reporters after the speech, and the White House said the president was just making clear that he was serious about forcing companies to change their behavior.

Biden left California to attend a Chicago-area fundraiser on Friday night for two Democratic Illinois House members, Representatives Lauren Underwood and Sean Casten, both at risk of losing their seats if Republicans do well in midterm elections on Tuesday.

Earlier in the day, Biden declared inflation was his number one priority, stressing he was taking Americans’ economic concerns seriously as voters go to the polls on Tuesday to decide whether he and his Democrats hang on to control of the U.S. Congress.

“Folks, our economy continues to grow and add jobs even as gasoline prices continue to come down,” he said. “We also know folks are struggling from inflation.” But he said there are “bright spots” where the country is rebounding.

Forecasts show Republicans are poised to take control of the U.S. House of Representatives and perhaps the Senate as well, which would give them the power to block Biden’s legislative agenda for the next two years.

The party in the White House historically loses control of Congress during the first half of a new president’s term.

However, Biden said he thought Democrats might buck the trend this time. “We’re going to win this time around. I feel really good about our chances,” he said, adding Democrats have a good chance of winning the House of Representatives.

Biden’s campaign swing will conclude with a joint appearance in Philadelphia on Saturday with former President Barack Obama.

Democrats’ electoral hopes have been hammered by voter concerns about high inflation, and Biden’s public approval rating has remained below 50% for more than a year, coming in at 40% in a recent Reuters/Ipsos poll.

Biden has also warned of what Democrats say are the dangers that Republicans backed by former President Donald Trump pose to U.S. democracy.

Russians Angry At Putin For Spending Billions On Ukraine War While They Freeze: Report

The economy is booming again