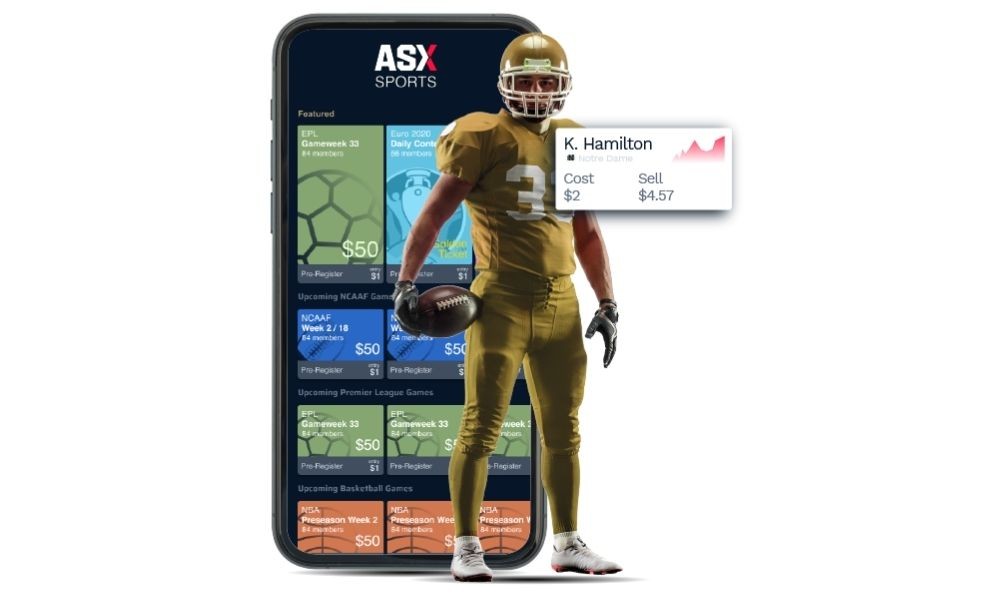 Gaming startup ASX is launching a fantasy rugby union game based on stock exchange mechanics in time for the Six Nations Championship this weekend.

ASX’s platform allows players to buy ‘shares’ in real-life athletes and compete in leaderboards against other users for cash prizes. The unique selling point of the platform is that prices are updated in real time – an element that relies heavily on accurate data.

The data for the rugby product is being supplied by RugbyPass’s data analytics firm Rugby Analytics and will be updated continuously during every Six Nations game. Prior to each match of the tournament, ASX will hold an ‘Initial Player Offering’, after which the value of shares will fluctuate according to real-life performance.

ASX will also award ‘sportzcoins’ tokens that fans can use to enter premium contests, obtain rewards, and receive early access future non-fungible tokens (NFTs). To celebrate the launch of the rugby game, new registrants will receive 50 of these sportzcoins.

ASX has so far primarily focused on the North American market where it believes there is a huge opportunity resulting from the liberalisation of gambling laws in the US. However it believes there is huge potential in rugby union and the growing audience for the sport in America.

It notes that all Six Nations matches will be broadcast live on NBC and its Peacock streaming platform and that recent editions of the tournament have produced good ratings in more mature rugby markets like the UK and France.

“The Six Nations is one of the most exciting international sporting events, enjoyed by a global audience,” said Paddy Power, president at ASX. “We are now offering fans even more engagement through our live, real-time fantasy games and second-screen experience. The anticipated success of this launch will provide us with momentum and a springboard to add other sports leagues and tournaments in short order.”

ASX was recently listed among SportsPro’s 2022 class of sports tech ideas to invest in now, and the company is believed to be preparing for a Series A funding round at some point later this year. Before that, ASX expects to announce new partnerships during Q1.

Know Some of the Secrets to Being a Stock Market Guru

Know Some of the Secrets to Being a Stock Market Guru

Woman Murders Husband With Help Of Son, Chops Body Into Pieces; Arrests Made

Bearish bets are building in the stock market

Santa Claus Rally to Be Sparked by Midterm Elections

Celebrity Influence in the World of Crypto